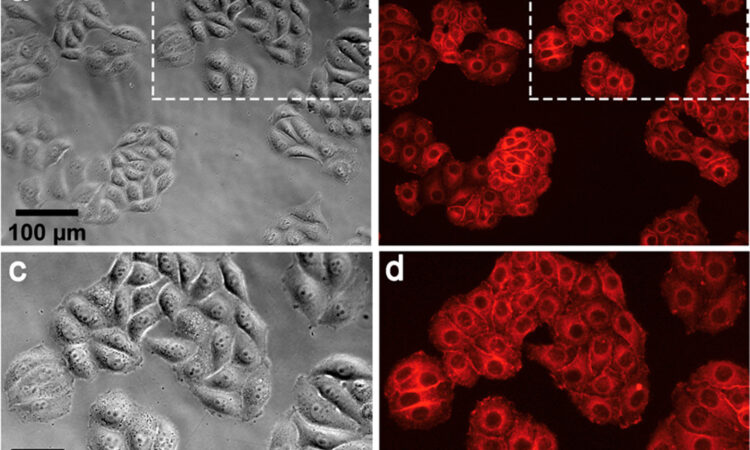 Cancer, and killing cancer, is the subject of extensive research in the scientific community. One common treatment technique used to kill some types of cancers is photodynamic therapy. in photodynamic therapy, a patient is given a photosensitizer drug one of several ways: orally, via a cream or other topical agent, or via an IV. This photosensitizer is designed to pass through normal cells and exit the body, but if it encounters cancer cells it will accumulate there and not leave. The tumor is then exposed to a light source, which causes the photosensitizer to kill the cancer cells through a chemical mechanism, often the generation of reactive oxygen species (ROS), which kill cells via oxidative stress. Photodynamic therapy can only be used to treat skin, throat, and lung cancers, as the light cannot penetrate tissue more than a centimeter or so.

Oligothiophenes are molecules that consist of smaller units called thiophenes, and are highly customizable in terms of electronic properties, as it is easy to change exactly which thiophenes are put together to change how much light the larger molecules absorbs, and at which wavelengths. Cantelli et al. created three oligothiophenes with the intention of creating photosensitizers from them (Figure 1). This oligothiophenes were successfully tuned to absorb light at the appropriate wavelength and to produce ROS when irradiated, but because oligothiophenes are hydrophobic (in solutions of water, such as the body, they aren’t soluble and thus can’t disperse through the body and reach cancer cells), the authors’ biggest issue with making their oligothiophenes useful for photodynamic therapy was designing a method for making the molecules soluble in the body.

Cantelli et al. made their oligothiophenes water soluble by conjugating, or joining, them to human serum albumin (HSA). HSA is the most abundant protein in blood plasma, and is otherwise an ideal carrier molecule for the oligothiophenes: HSA is very soluble in water, and its natural function is to carry hydrophobic molecules in the body; HSA stays in the blood for an extended time, meaning it will not be broken down before phtotodynamic therapy is completed; and it naturally accumulates in leaky, rapidly growing, nutrient-starved cells, all defining characteristics of cancerous cells.

After coupling the HSA and each of the oligothiophenes (Figure 2) via basic amino acid conjugation, the researchers checked the ROS generation of each. While HSA-3a produced ROS in appropriate amounts to kill cancer cells, HSA-3b and HSA-3c did not, so the researchers only examined HSA-3a going forward.

Next, they tested the cytotoxicity and phototoxicity of HSA-3a. In a dark environment, there was no measured cytotoxicity, meaning the conjugate is safe in cells not being actively treated with photodynamic therapy. When exposed to light at the appropriate concentration, 100% of the cells tested died, meaning that as hoped HSA-3a will only kill cells when the researchers wanted them to. In further testing they determined that the cells could be killed in extremely localized spots, with very little cell death outside of the targeted area.

In conclusion, HSA-3a is a very effective potential photodynamic therapy drug: it is water-soluble; it is taken-up easily by cancer cells; and it does not kill cells before light exposure. The next steps are animal and then human testing, and after that HSA-3a may enter use in patients, and doctors will have an excellent new tool for curing some cancers.