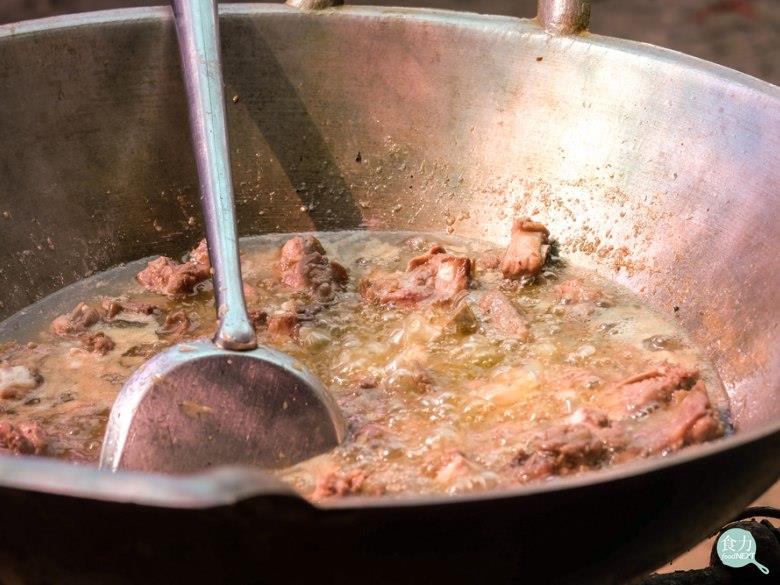 Golden, crispy, plus fresh potato scent. Yes, they are fries! Take pieces of potato slice and bathe them in hot oil. Then the ultimate simple tasty fries are ready! But what if I told you the oil is a mixture with some cooked oil? It will spoil the whole meal!

In chefs’ world, animal oil and vegetable oil taste very differently. In many Asian countries, animal oils possess a desirable flavour over vegetable oils and therefore widely used in pan-fry, stir-fry and deep-fry. Yet in recent years, some traders were found to have added refined cooked oil to animal oil in order to reduce production costs. This unpure oils (or the adulterated oil) undoubtedly raised food hygiene and safety issues in the food industry. The big question is, how can we distinguish these adulterated animal oil from their natural counterparts?

In a chemist perspective, the task boils down to identifying the target compounds that do not exist in natural edible animal oil but in cooked ones, and to detect them.

So first, what are the targets? The authors have chosen a group of phytosterols (aka the sterols in plants that make cell membranes more rigid) as the candidates. These phytosterols could leak into the oil from cooking vegetables. Since some oil companies may refine the adulterated oil before releasing to the market, the authors have selected those phytosterol compounds that are less affected by the oil refining process as the targets.

Next, how to detect these targets? The method for phytosterols extraction was based on similar methods for detection of cholesterol in food or phytosterol in pasta products. The sterols were first extracted by saponification, which is the same process as we make soap (Figure 1).

Figure 1a         Saponification, the process of making soap. The triglyceride in fat/oil is alkaline hydrolyzed by sodium hydroxide to give glycerol and soap as products. (Adapted from: http://amrita.olabs.edu.in/?sub=73&brch=3&sim=119&cnt=1) Figure 2           The LC-MS/MS chromatograms of phytosterols and isotope-labeled cholesterol-d6. The compounds were detected with their compound-specific fragments at a different time.

So with the method developed for phytosterols detection in animal oils, here comes the practical question: how effective is such analysis in identifying adulterated oil? The authors have picked different types of vegetable oils with different phytosterols concentrations, as well as some homemade, commercial and inspected crude and refined lards for the assessment. Although some phytosterols were lost during the refining process of lard, they could still find significant higher phytosterol content in the contaminated lard samples compared with the homemade or natural commercial oils (Figure 3). Sometimes, groundbreaking scientific discoveries come from great ideas. And sometimes, merging various existing ideas could also spark great inventions. Here, the authors have shown how to screen out adulterated animal fats by enforcing the detection of phytosterols from plant to animal oil. This may become one of our future safeguards in food industries!