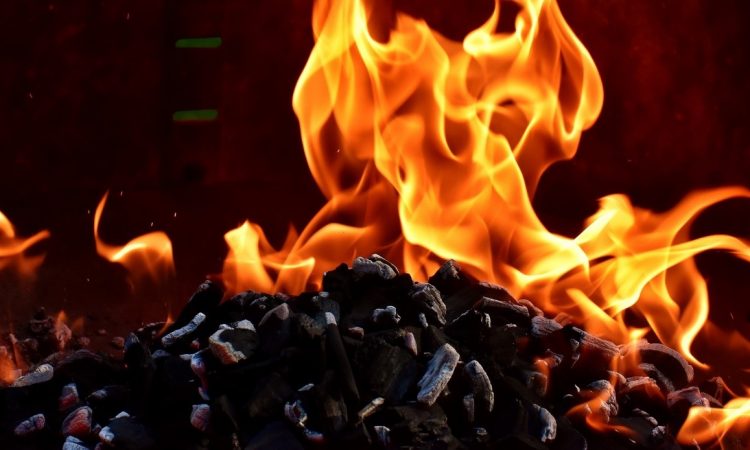 Title: Formation and emission of large furans and oxygenated hydrocarbons from flames

Journal: Proceedings of the National Academy of Science (PNAS)

Air quality is greatly impacted by molecules and particles produced in combustion, such as forest fires and waste incineration. Many of these products cause cancer, worsen asthma, and contribute to climate change. Scientists want to understand these processes because climate change is causing forest fires to become more prevalent. Generally, scientists believe that forest fires cannot produce complex, many-atom molecules, which are unstable in a hot fire. However, in this study, the researchers discover complicated molecules called furans are produced in combustion!

Furans are aromatic compounds that contain a five-membered ring with four carbons and one oxygen atom. While it is known through previous studies that they are toxic and cancer-causing, little is known about its formation processes. Researchers in this study produced furans by simulating a fire and used mass spectrometry to identify the masses of compounds produced in this process. They combined this information with analysis using X-ray photoelectron spectroscopy of the products to determine functional groups, such as oxygen, that were present in the sample. These two techniques combined gave them significant information about the type and concentration of molecules that were produced in combustion. To determine the possible formation mechanisms occurring in the experiments, they also performed simulations using calculations of the electronic structure of species involved. This allows them to generate energy diagrams such as the one shown in Figure 1, where the formation of the furan releases energy and each of the reaction barriers can be overcome by the heat energy in flames. The models reproduced the concentrations and types of molecules observed through experiments, allowing the researchers to draw conclusions about the molecules formed in fires.

Researchers found that the mechanism for formation of furan compounds (Figure 2) includes addition of an oxygen to polycyclic aromatic hydrocarbons through reaction with O2 and OH which then further react to form furan and can form soot particles. The separation of gas versus particulate phases depends on the vapor pressure of the compounds, and so the heavier furan species are more commonly found as soot, while the lighter compounds can be found as gas or soot depending on conditions.

Researchers found nearly 100 oxygenated compounds that had not been accounted for in previous models of combustion processes, and the pathways creating these compounds are able to be generalized to other hydrocarbon oxidation scenarios. This work is important for further underscoring the negative health impacts that combustion processes can have on surrounding communities because these compounds are toxic to humans. It also contributes to the growing research on aerosols in our atmosphere, through understanding partitioning between gas and liquid phases. This research has provided invaluable insight that could benefit future research for climate change and public health!