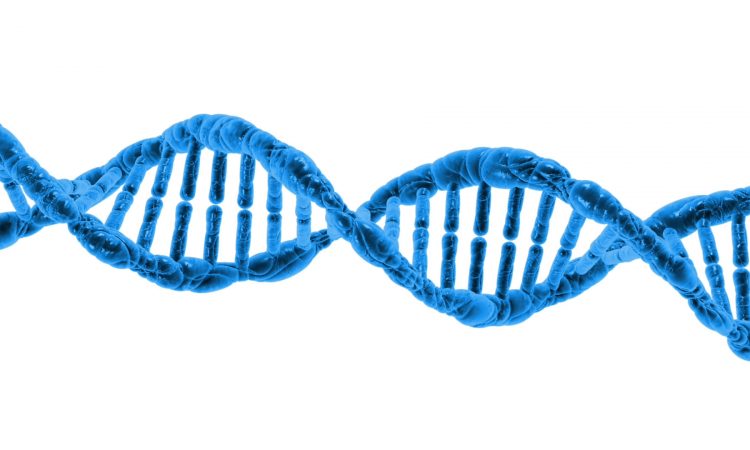 Article Title: Carboplatin as an alternative to Cisplatin in chemotherapies: New insights at single molecule level

DNA (deoxyribonucleic acid) is like an instruction manual for cells. It tells the cell everything it needs to know to perform its function: what type of cell to be, where to grow, and when to divide. However, sometimes a mutation can occur in the structure of the DNA, like changing or scribbling out a page in the instruction manual. Some mutations may allow the cell to grow faster, or bigger, or in a different place. If a cell accumulates many mutations, it might start to grow uncontrollably, or in the wrong place. This can lead to cancer.

Because cancer is caused by mutations in DNA, many anti-cancer drugs target DNA to try and stop cell growth and kill the cell. One example of a drug that binds to DNA is cisplatin. Cisplatin was licenced for medical use in the 1970s and is still used to treat a range of cancers, including ovarian cancer, testicular cancer, breast cancer and lung cancer.

Cisplatin consists of a platinum centre that is bound to two chloride ligands and two ammonia (NH3) ligands. Cisplatin works because when it enters a cell, water molecules from the cell displace the chloride ligands to give a new complex of platinum bound to two water molecules. These water ligands can easily be displaced by binding sites on the DNA molecule, so cisplatin binds to DNA, causing DNA crosslinking which interferes with cell replication and growth. The cell cannot replicate cross-linked DNA so the cell cannot divide, and eventually the damaged DNA sends signals that cause the cell to die.

Although cisplatin is a pretty good anti-cancer agent, and still widely used, it does have some problems. It can have nasty side effects, and cancer cells can develop resistance to the drug. This means scientists are always working to find new anti-cancer drugs. One example is carboplatin, a newer platinum-based drug. It is very similar to cisplatin, but instead of chlorine bound to the platinum centre, it has 1,1-cyclobutanedicarboxylate (cbdca) ligands.

Carboplatin is very similar to cisplatin, but it generally has fewer side effects. However, carboplatin can be less effective in some cases. Therefore, it is important to study carboplatin to find out how it works and how it is different from cisplatin, in order to help develop better anti-cancer drugs down the line. There have been a number of studies into how carboplatin and similar platinum-based drugs work, but for the first time, scientists have used ‘optical tweezers’ to study the interaction of carboplatin and DNA at the single molecule level.

In their paper published in the Journal of Biophysical Chemistry in 2018, authors L.Oliveira, J.M.Caquito Jr and M.S.Rocha explored how DNA and carboplatin react to changes inside a cell. They used a technique that allowed them to look at a single DNA molecule at a time.

To make the ‘optical tweezers’, the researchers attached one end of a DNA molecule to a microscope slide and the other end to a tiny plastic bead. They were then able to optically trap the bead in a laser beam. They could apply force to the DNA molecule by moving the microscope slide and were able to analyse the effect of these forces by measuring the movement of the plastic bead in the laser beam. After characterising a number of naked DNA molecules to ensure they behaved as expected, the researchers added carboplatin to the DNA samples to study the interactions between carboplatin and a single molecule of DNA.

They found that the binding of one carboplatin molecule to DNA makes it easier for subsequent molecules to bind. This is called co-operative binding. Carboplatin exhibits co-operative binding to a greater degree than cisplatin, but more molecules are required to saturate the DNA, which could explain why carboplatin is less toxic than cisplatin. The researchers also found that carboplatin binding is less sensitive to changes in the salt concentration inside cells, which may help prevent drug resistance.

These findings give new information about how carboplatin interacts with DNA, and give clues as to why it has fewer side effects but lower efficiency than cisplatin. Studying these interactions allow new insight into platinum-based drugs, and will help pave the way for the discovery and development of better cancer treatments in the future.