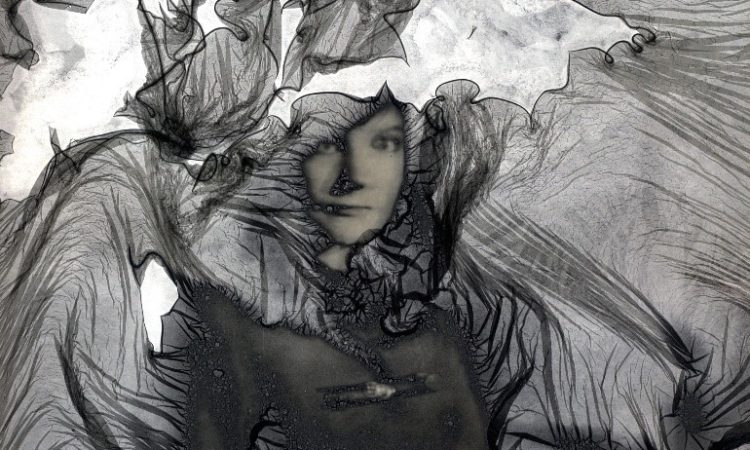 Mordançage is a photograph treatment technique that creates an ethereal veiled effect. The process was developed in the 1960’s, but the chemistry behind the effect has not been well understood until recently. Jean-Pierre Sudre created the technique based on a 19th century development process and refined it to cause bleaching of a photograph and then redeveloping the warped image.

Two researchers at George Mason University recently explored the chemical reactions responsible for mordançage and published their results in Analytical Chemistry. But before we can understand how mordançage works, we need some fundamental knowledge about film photographs.

Mordançage specifically takes advantage of the chemical properties of gelatin silver photographs, which contain a layer of gelatin with embedded silver. The darker regions of the photo have higher concentrations of silver, and vice versa. The layer of gelatin is stable but permeable (that is, chemicals can enter freely). These photos are sensitive to light and chemical contamination that can ruin it, but additional chemical fixing steps and proper storage can prevent degradation of the photo.

That said, the sensitivity of gelatin silver photos to chemical intervention is exactly what makes artistic treatments like mordançage work. By submerging the photograph in a solution of copper chloride, glacial acetic acid, and hydrogen peroxide, the layer of silver gelatin lifts from the paper. These floating layers can be removed from the photo, or carefully redeveloped onto the paper to create a wrinkled veil from the original image.

The question these researchers asked was how this process occurs chemically, and how each component of the mordançage solution contributes to the final effect. They performed a series of experiments and analyses of their own photographs to answer these questions.

They first treated a photograph with each component of the solution individually. This, of course, did not result in a mordançage effect on the photo, but it did reveal the importance of each chemical in the process. The results are perhaps best described as we walk through the entire process.

Second, the photo is carefully placed in a water bath, where the lifting appears in the darkest areas of the photo (Figure 1c). The hydrogen peroxide in the mordançage solution softens the gelatin layer, allowing it to peel away. These researchers concluded that this could only occur in an acidic environment, thus the presence of the glacial acetic acid.

Finally, the photograph is redeveloped. In the development solution (Figure 1d), the silver re-oxidizes, darkening the photo once again. When the image is dried (Figure 1e), the veils appear in the final photograph.

The researchers used multiple quantitative measurement techniques to determine the role of each component of the solution – including the base titration that plagues freshman chemistry students to this day. They also used scanning electron microscopy-energy dispersive spectroscopy to measure the elemental composition of the final photograph. As expected, the darker regions of the photograph contained more silver, and these were the regions which experienced most of the veiling effect.

Finally, the researchers tested various conditions of the process to see their effects on the extent of veiling. In one example, more time spent in the mordançage solution resulted in greater spreading of the veil, giving it a more ethereal quality (Figure 2). They tested different types of paper, where more porous paper (able to absorb more solution) resulted in the most veiling. Varied concentrations of copper (II) chloride, hydrogen peroxide, and acetic acid also affected the extent of veiling.

This new proposed mechanism of mordançage (Figure 3) has the potential to aid photographers in their artistic endeavors. By adjusting their conditions, these artists will have more control over their final product.

Other than a useful investigation for artists, though, this study highlights the challenges of the modern chemist. We interact every day with phenomena that are demonstrably useful, yet we don’t know how they work. For example, Wikipedia has an entire list of drugs with unknown mechanisms of action. Uncovering the details of how our most useful discoveries work lend us greater control of their uses, and, perhaps more importantly, open the door for new discoveries. In this case, maybe the next ethereal photography manipulation is hidden within the formula for mordançage.