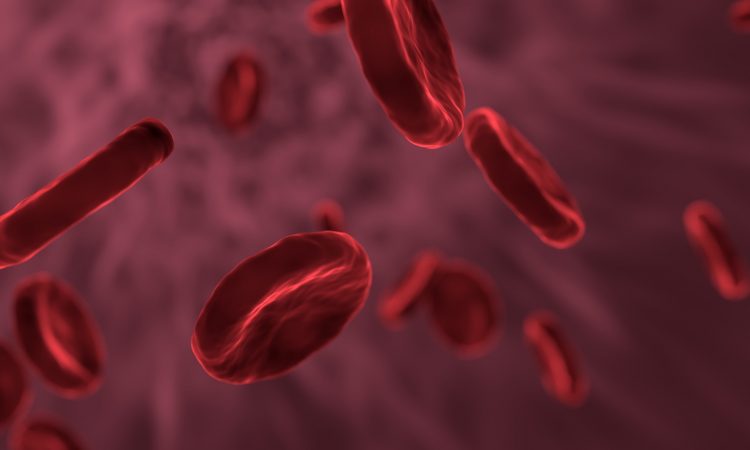 Newborn babies often develop jaundice . Jaundice is caused by the build-up of bilirubin, a chemical that is produced as red blood cells break down. In older babies, children, and adults the liver breaks down bilirubin, but the newborn liver often isn’t totally prepared and bilirubin builds up. This gives baby’s skin and eyes a yellowish color and, in serious cases, may cause seizures or brain damage. Newborns with high levels of bilirubin can be identified through a blood test and treated by exposure to blue light, which breaks down the excess bilirubin. In severe cases, a blood transfusion may be required.

Many of the 100,000 infants who succumb to the disease each year live in the developing world, where treatment is not as simple. Even in the developed world, getting test results quickly for infants who have already been discharged from the hospital is challenging. Part of the difficulty in identifying affected children. The amount of bilirubin in an infant’s blood can be measured by rapidly spinning the blood in a centrifuge to separate the red blood cells from the plasma, where the bilirubin is dissolved. A hospital laboratory can then measure how much light is absorbed by the plasma to determine how much bilirubin is present and whether a newborn needs treatment. However, in areas with limited access to hospital laboratories this process can be dangerously time consuming.

To address the need to quickly and inexpensively test newborns for jaundice, researchers constructed a device that can be used quickly, inexpensively, and without specialized equipment to identify whether a given baby needs treatment. The device needed to be able to both separated the bilirubin-containing plasma from the red blood cells and to measure the amount of bilirubin in the separated plasma.

To separate the two blood components, researchers purchased a membrane. The membrane had small microscopic pores in it (Figure 2). The pores were too small for red blood cells to pass through easily, but easily allowed fluid plasma to pass. To prevent the blood and plasma from remixing after passing through the membrane, the researchers sealed the edges of the membrane with paraffin wax and placed it in a 3D printed plastic holder. Tests of the membrane revealed that it did a good enough job separating hemoglobin, a compound similar to bilirubin stored in red blood cell that can cause erroneous results, from the plasma to avoid false negative results.

Once the plasma has been separated from the red-blood cells, researchers needed to determine how much bilirubin was in the plasma. To do this, they developed a paper-tape device. Paper is a very common material for doing low-cost medical testing in low-resource environments because it is easily inexpensive and can absorb water solutions. After the plasma had been filtered through the membrane, it was absorbed onto a piece of paper and allowed to dry. The paper contained a coating of caffeine absorbed onto it before being used in the sensor. This caffeine breaks weak bonds called hydrogen bonds between different parts of the bilirubin molecule, which will later allow the bilirubin to react with a sensor.

After the piece of paper containing caffeine and absorbed bilirubin dried for ten minutes a piece of tape-paper containing a diazonium compound, which is a compound with a positively charged nitrogen-nitrogen triple bond, was lowered onto the paper. Immediately the diazonium forms a nitrogen-carbon bond with the bilirubin and creates a red colored dye .

The more bilirubin in the blood sample, the redder the color. The color can be translated into a numerical bilirubin concentration by scanning the paper and analyzing the color with any image editing program. Alternatively, a threshold value that indicates a newborn needs treatment for jaundice could be chosen. Any test that reveals a deeper red than the red at the threshold value can be an immediate sign to refer the family for treatment.

To verify that the paper-tape device was accurately measuring bilirubin. Researchers compared the results of the new sensor to the results of traditional methods using expensive instrumentation from the laboratory of Monash Children’s hospital in Australia. They found the two methods produced nearly identical results. A calculation of the cost of the materials in the sensor determined that it can be produced for about 60 cents per sensor, suggesting there may be a path for this technology to provide low-cost and low-resource medical testing for newborns. This technology would require extensive further testing to determine that it detects all affected newborns and rarely detects unaffected newborns before being used as a primary clinical method.