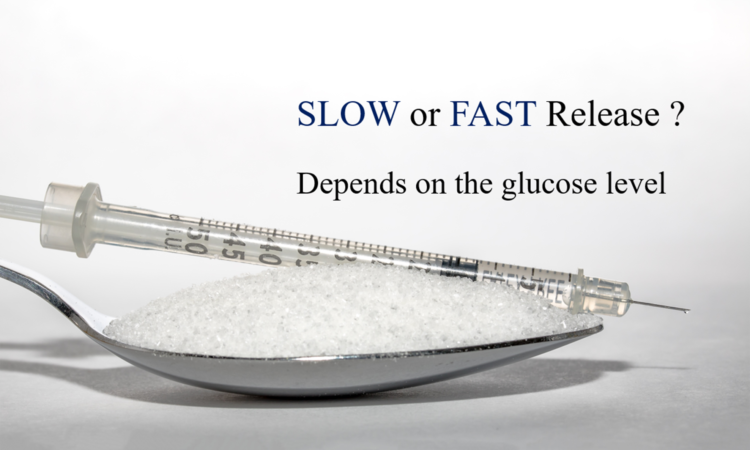 Diabetes Mellitus is a deadly disease, growing worldwide and requiring immediate attention. According to a World Health Organization (WHO) report, about 422 million people in the world had diabetes in 2014, or about 8.5% of all adults. More than 1 in 3 adults were overweight and more than 1 in 10 were obese in 2014, which are contributing factors to having diabetes, making a significant proportion of the world prone to the disease.1

Now, the natural question is – what is Diabetes? It is a disease where an individual’s blood sugar level is poorly controlled due to the lack of production (Type I) or insensitivity (Type II) to insulin. While excess glucose level leads to cardiovascular disease, kidney failure, and cancer, lower glucose level can cause brain damage, seizures, loss of consciousness, or death. Hence, regulation of insulin release in response to glucose level according to individual patient’s needs is extremely important, which sadly no available formulation in the market provides. To address this issue, researchers at the Massachusetts Institute of Technology and Boston Children’s Hospital, led by Daniel G. Anderson, developed a nanoparticle (NP) that can afford both rapid and extended glucose-responsive insulin delivery.

The NP consists of modified dextran which acts as an envelope with enzymes and insulin inside (Figure 1a). The basic working principle goes as follows: one of the enzymes present in the NP can transform glucose into an acid. Hence, the amount of acid produced depends on the amount of glucose present in the body, which in turn can make the surrounding environment of NP acidic. In an acidic environment, the modified dextran or the envelope collapses, releasing the insulin present inside. This is similar to dissolving a pill (i.e. dextran) to release medicine (i.e. insulin). To attain both slow and fast release of insulin, the researchers used two different types of dextran. One type (C55, 55% cyclic part) degrades quickly and is used for rapid release of insulin, while another one (C71, 71% cyclic part) is used for prolonged release as it degrades slowly (Figure 1b).

Different dextran polymers were formed by varying the reaction time between 10 to 60 minutes as with more reaction time, more cyclic dextrans were formed (Figure 2a). In an in vitro experiment, when equal parts of C55 and C71 dextran were present, the NPs showed two regimes of protein release in presence of glucose confirming the idea (Figure 2b). The insulin released from the NPs were found to resemble the original structure of insulin using circular dichroism spectroscopy. Once structural similarity was established, the bioactivity of the released insulin was similar to fresh insulin. These results suggested that insulin retained its structure and function during NP processing, incubation and release.

About 35% of Type II diabetic patients have reported irregularity in insulin administration reportedly due to inflexibility of timing.  Hence, a once-daily injection can increase patient compliance and thus reduce the number of deaths from diabetes. This work is an important step towards the development of state-of-the-art insulin delivery methods as it addresses the problem of tuning insulin delivery with response to glucose present inside the body. However, we also need to be cautious about potential long-term toxicity effects from repeated administrations.