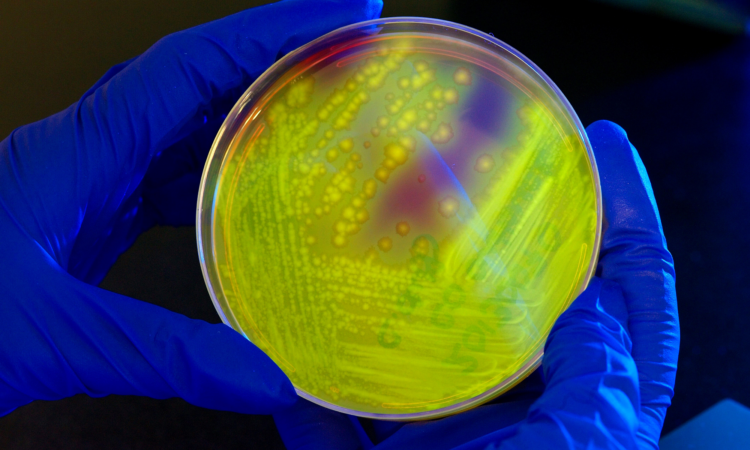 Microbes are among the most prolific producers of natural products, or secondary metabolites. These compounds have many biological roles and are our greatest source of drugs. In fact, 48.4% of approved drugs between 1981-2019 are either natural products, their derivatives, or synthetic mimics. The microbe’s templates for constructing these lucrative compounds are encoded within the genome in what are known as biosynthetic gene clusters (BGCs). Although these BGCs are easy to identify, the vast majority of them are not characterized. To complicate matters, these cryptic BGCs are often expressed at such low levels that scientists cannot detect the final products. Given this great need to discover new bioactive molecules, Zhang and coworkers have developed a workflow, named Transcription–Translation in One (TTO), to ‘awaken’ these cryptic gene clusters and were able to show its utility in three Streptomyces strains (Figure 1).

There are many ways to activate BGCs in an untargeted fashion. Past experiments from various groups have shown that mutation of proteins involved in transcription and translation processes (Figure 2) can alter what metabolites are produced by the microbes. Instead of screening for these mutations through a labor-intensive process, the authors chose specific mutations with previously established benefits. These mutations involve the rpsL gene (encodes a ribosomal protein) and rpoB gene (encodes an RNA polymerase subunit).

The key step of the TTO workflow was to overexpress mutated rpsL and rpoB in microbes so that metabolite profiles could be altered. Plasmids to overexpress these mutants were incorporated via conjugation. During the fermentation process, antibiotics were added to suppress native rpsL and rpoB function. Now, metabolite profiles between the different conditions could be compared to identify new microbial products of activated BGCs (Figure 1).

To validate this workflow, the authors first worked with Streptomyces lividans TK21. They were able to detect production of streptorubin B (1) and undecylprodigiosin (2) only in TK21 strains conjugated with the mutant plasmids (Figure 3A). To take this further, they also tested two other microbes: Streptomyces sp. FXJ6.204 and Streptomyces sp. FXJ8.102. In the case of FXJ6.204, only the same metabolites from TK21 were detected. However, FXJ8.102 mutants produced a variety of new metabolites! Two of these compounds were isolated and characterized. One of them, piloquinone (3), had already been isolated before, but the other was a novel compound, homopiloquinone (4) (Figure 3B). Based on the structure of homopiloquinone and its similarity to other compounds, a candidate BGC for the synthesis of both compounds was identified. This annotation was validated with knockout experiments that decreased production of 3 and 4.

This work demonstrates a new approach to activate cryptic BGCs. The authors were able to incorporate the TTO system into three Streptomyces strains. Due to sequence similarity of rpsL and rpoB genes in other Streptomyces species, the authors expect this method can be used universally. It will be exciting to see how this technology evolves over time. Although this was a nice proof of concept, the majority of the compounds had already been previously discovered or had high structural similarity to known natural products. It will be exciting to see how future iterations of TTO will be able to stimulate additional BGCs that yield more novel compounds. Ultimately, these new natural products could be harnessed for downstream pharmaceutical development.