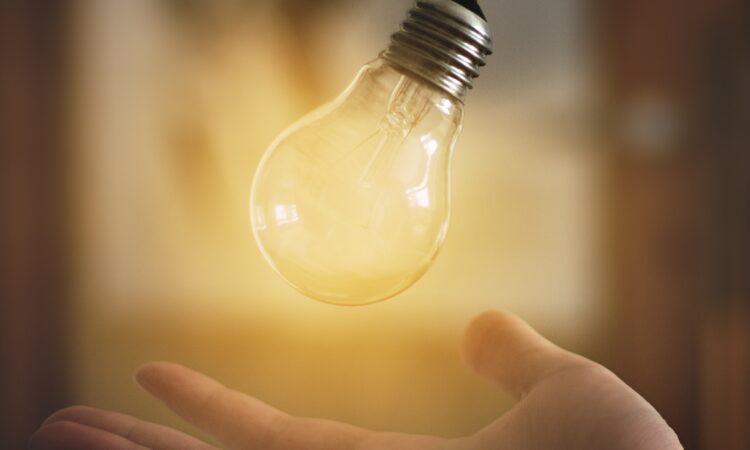 The power of levitation has always been relegated to the realms of magic and science fiction, whether it be Harry Potter’s “Wingardium Leviosa” or Back to the Future’s Mattel-branded hoverboard. But it turns out that levitation has been technologically possible for decades! Unfortunately, it’s limited to small, light-weight objects, so you can put your dreams of floating through the air on hold. However, one recent study has used this amazing technique in a completely new way: to study chemical reactions inside levitated droplets, replicating the conditions of water droplets in the atmosphere.

To defeat gravity, the scientists utilized a technique known as acoustic levitation, where intense sound waves are used keep particles or droplets suspended (Figure 1-Left). By precisely controlling the sound waves as they leave a speaker-like device and bounce against a reflector, low pressure areas form in the air. If you’ve ever shaken a string back and forth to make a wave, you’ve probably noticed that there are parts of the string that move very far back and forth, but also parts that look like they are standing still (Figure 1-Right). The same phenomenon happens when precisely controlled sound waves form what’s called a “standing wave,” except instead of a string not moving, it’s places where the air is still. These little pockets (called “nodes”) can trap light-weight objects, as long as the areas of strong air pressure surrounding the nodes can balance out the force of gravity.

But why would we want to use such a complex technique to look at something as simple as a water droplet? While most of the water on Earth is collected in large volumes, like oceans and lakes, a very important portion of it is suspended in the air. Water droplets in the atmosphere, like those that make up clouds, have some very different aspects to them than bodies of water on the ground. Most important is the amount of surface area of the water which is exposed to the air. With large collections of water, only a tiny fraction of the water can interact with the air; but in droplets, the ratio of surface area to volume is much higher. This means that the best way to accurately study the interactions between water droplets and gas (like the gasses in the atmosphere), is by suspending the droplet in the air.

To show that they could measure chemical changes within suspended droplets, the researchers selected a type of reaction that might be familiar from high school or freshman chemistry classes: an acid-base reaction. Their experiment was similar to a titration, the common classroom experiment where a pH indicator (like phenolphthalein) is used to observe a change in color as acid is added to a basic solution. However, here the researchers used a different indicator (phenol red), and instead of directly adding acid, carbon dioxide gas—which dissolves into the water and forms carbonic acid—was flowed past the droplet,. By measuring how the droplets’ absorbance of light varied, they could quantify the color change and use it to measure the change in pH.

First, the researchers tested their technique using two solutions with known pH (one acidic and one basic), to prove that they could see a difference. When they looked at the absorption in a bulk solution (i.e. one that was in a container and not as a levitated droplet), they could clearly see the difference between the acidic and basic solutions (Figure 2A). After they levitated the droplets, they also saw a difference in spectra, showing that they could detect the change in droplets (Figure 2B). While the researchers acknowledged that the spectra looked different between the bulk and droplet samples, there wasn’t a clear reason why this happened. However, the difference between the acidic and basic spectra obtained from the droplets was still enough to be measurable, so they moved forward.

Next, the change in the droplets’ pH was measured as they were exposed to gas. As a negative control, the researchers first flowed just a stream of nitrogen gas, which by itself shouldn’t react in the water droplet and the pH should stay relatively constant (Figure 3A). Then, they repeated the experiment, but flowed past a mixture of nitrogen and carbon dioxide. Here, they saw a dramatic change in the spectra of the pH indicator, meaning that the pH was changing (Figure 3B). When they used these spectra to calculate the pH of the solutions, they saw that the sample exposed to a mix of nitrogen and carbon dioxide became much more acidic (Figure 3C)! The pH still decreased in the “nitrogen only” sample, but they suspected that this was due to the small amount of carbon dioxide naturally in the air, which could reach the droplets.

The researchers designed this set of experiments to give a small initial look into the potential uses of levitating droplets. All kinds of different types of chemistry could be studied using this technique, ranging from photochemistry to redox reactions. These tiny lab-made clouds help model the conditions of atmospheric droplets better than ever before, and it will be exciting to see what researchers develop even further.