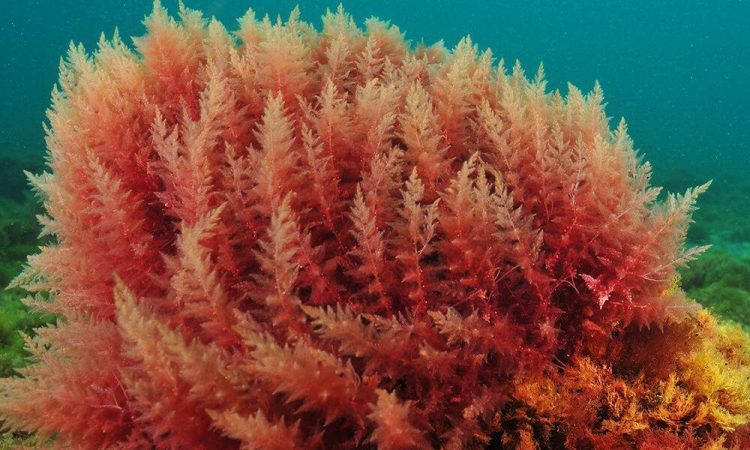 Title: A Strategy for the Sequential Recovery of Biomacromolecules from Red Macroalgae Porphyra umbilicalis Kützing

Have you ever wondered where all of the different flavors and textures in food come from? Many of the chemicals responsible occur naturally in the ingredients, but some are added when the food is made and packaged. Some of these “flavor” chemicals can be synthesized in labs, but others still have to be harvested the same way they have always been: from natural materials. One of these materials is called carrageenan, which is used as a gelling agent to thicken foods like ice cream, yogurt, and fruit snacks. You probably have something with carrageenan in it in your pantry or refrigerator right now. But carrageenan comes from an unexpected place: red seaweed. But the current way of extracting carrageenan is wasteful, throwing away the rest of the algae afterward. This paper demonstrates a new way to extract carrageenan from red seaweed so that nothing is wasted.

Carrageenan belongs to a type of molecule called a polysaccharide, which means that it is made of many (“poly”) connected sugar (“saccharide”) molecules. Specifically, the sugar that joins together in carrageenan is galactose; the same molecule that sugar in milk (lactose) is converted to when digested. Carrageenan is useful because its long molecules are very flexible and can pack tightly. This means that it thickens whatever it is added to, as the carrageenan molecules pack together and form a stiff structure inside of the liquid. This is similar to how regular gelatin forms a jiggly solid when mixed with water. Many foods that have this type of smooth texture are made using a gelling agent like carrageenan.

Currently, carrageenan is taken out of red seaweed in a relatively simple way. First, the seaweed is dried and ground into a powder. Then, it is mixed with a basic solution and heated for several hours, causing the carrageen to dissolve into the water. Finally, ethanol is added to the water, precipitating the carrageen, since it is not soluble in ethanol. But this method has a few problems, the largest of which is that the rest of the red seaweed is usually just thrown away. But this “garbage” still has many different biomolecules that could be used for other applications.

To fix this, these researchers developed a step-by-step method of separating most of the different molecules from the red seaweed (Figure 1). Not only is the carrageenan extracted, but also the proteins, fats, pectin (another gelling agent), and cellulose (used to make paper). Each of these components are soluble in water under certain conditions (pH, temperature, salt concentration, etc). If the solution is changed so one component isn’t soluble, that component solidifies and can be removed. But this method is difficult, because the researchers have to make each step sensitive to the right molecule, since different molecules can be solidified with similar conditions. The researchers must find the right order of separations to make sure that what they removed was only the material they wanted. Figure 1: Full breakdown of all the steps to separate out the different biomolecules in red seaweed. Each step involves making one part of the mixture solid (insoluble) and removing it for more processing.

While there are many steps in this new method of separation, they are all based on this concept of changing solution conditions to change solubility. To see this, consider the protein extraction step. Carrageenan dissolves in water at high pH and high temperature. But if this is changed just a little bit, such as at high pH but low temperature, then it isn’t soluble and the proteins precipitate instead (Figure 1.1a). By cycling the pH, temperature, and solvents between many different combinations, the researchers can selectively precipitate one type of molecule at a time.

To make sure that each of the separations contained the molecules they wanted, the researchers performed a few different tests. The principal technique they used was Fourier-transform infrared spectroscopy (FTIR), where infrared light is shone on the sample. The instrument measures how much light is absorbed by the sample. Different chemical bonds will absorb different amounts of light depending on the wavelength. By knowing what bonds it contains, the chemical can be identified. Using FTIR, the researchers found that the separated carrageenan didn’t have any proteins or pectin in it, meaning that their technique was efficiently separating carrageenan .   FTIR of the other samples showed no carrageenan, indicating that no carrageenan was “lost” in the other samples.

As a simpler test, the researchers also tested the carrageenan sample to make sure that it formed a gel in water. Carrageenan should make a gel in a potassium solution, so they mixed pure carrageenan powder (from a chemical supplier) with potassium in water, as well as their own separated and dried carrageenan (Figure 2A). Both formed gels solid enough to be flipped upside down and not move (Figure 2B). This showed that their carrageenan is just as effective at forming a gel as carrageenan produced the current way. This means that the carrageenan made with their process, which also separates the other typically wasted material, can compete with the current methods and prevent waste.

Figure 2: (A) Separated and dried carrageenan from red seaweed. (B) Mixing both pure, commercial bought carrageenan and the powder from the red seaweed with potassium solutions make strong gels that could be turned upside down.

Even though carrageenan has the most commercial value, all of the other components of red seaweed can be used as well. Just like the “nose to tail” movement, which emphasizes using every part of an animal when cooking, it makes sense to use every part of seaweed, too. This process of taking complicated biological material and separating it into different usable chemicals is called “biorefining.” As humans try harder to use less of our natural resources, processes like the one developed by these researchers will start being used more.