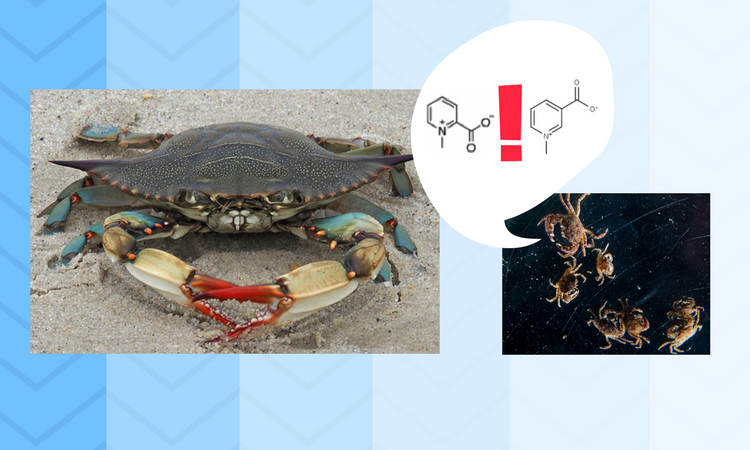 The wind rustles through blades of grass on the safari, causing a few grazing gazelle to halt their single-minded munching and scan their surroundings. Nearby, a leopard crouches beneath a patch of scrub, muscles coiled and ready to pounce. Just as the gazelle begin to lower their noses to the ground, a slight change in the breeze brings a faint scent spiraling towards them. The gazelle instantly stand to attention, eyes wild and nostrils flared with fear. They quickly dart away through the sparse foliage, leaving the leopard to wait hungrily in its hiding place, tail thrashing in frustration.

Does this scenario sound familiar to any fellow Planet Earth-loving readers? If so, you probably understand the importance of perceiving risk in the delicate interplay between predator and prey in the wild. Had the gazelles not recognized the distinctive, deadly scent of the leopard, they would have grazed placidly until they were seized by the stealthy predator. However, prey animals like gazelle are under a great deal of selective pressure to identify auditory, visual, and tactile cues that are produced by predators. The response to these signals is known as a nonconsumptive effect, in contrast with a traditional consumptive effect where a prey animal is eaten (consumed) outright.

Although nonconsumptive effects have been (and continue to be) studied extensively in both terrestrial and aquatic environments, there is still a lack of understanding around the specific molecules and receptors that are triggered during these predator-prey interactions. Waterborne cues are particularly tricky because the associated molecules are often found at extremely low concentrations and are difficult to extract in saltwater samples. The complicated extraction process for these compounds often leads to sample degradation and exclusion of important signaling molecules. As a result, little is known about the molecules that govern nonconsumptive effects in a marine environment.

The authors of this paper sought to elucidate a specific nonconsumptive effect through an alternative strategy — they chose to study the response of mud crabs (prey) to the presence of blue crabs (predator) through the use of blue crab urine. By analyzing the blue crab urine, the researchers were able to directly characterize an undiluted sample for metabolites that could prompt a response by the mud crabs. Through a combination of two different characterization methods — Nuclear Magnetic Resonance (NMR) and Mass Spectrometry (MS) — the researchers examined the composition of blue crab urine after feeding them mud crabs and oysters. They then performed principal component analysis (PCA) to identify significant compounds in each of the samples. The urine and individual chemical compounds were presented to the mud crabs and the researchers took note of subsequent changes in foraging behavior. As one might imagine, the mud crabs were expected to become more alert and pause their feeding once they sensed the presence of their mighty adversary.

Interestingly, the blue crabs produced urine with a different chemical composition depending upon whether they were fed oysters or mud crabs. After compiling a list of significant metabolites from the blue crab urine, the researchers found that the mud crab diet generated several different compounds at significantly higher levels compared to the oyster-only diet. Additionally, the mud crab diet led to an increased urine potency — meaning that the mud crabs showed decreased foraging behavior when exposed to the urine, indicative of a nonconsumptive effect. Although one compound (carnitine) was identified through both NMR and MS, the majority of the relevant molecules were selected using only one technique, emphasizing the importance of this two-pronged approach.

After careful analysis, the researchers found that out of all identified compounds only two — trigonelline and homarine — were responsible for the mud crabs’ skittish response. They tested mud crab responses by doping in each of the two compounds at concentrations similar to those found in blue crab urine. When compared to triethylamine (a control compound), the trigonelline and homarine produced reductions in foraging behavior of 60% and 67%, respectively. These changes closely matched the 65% reduction in feeding corresponding with exposure to blue crab urine after a mud crab diet.

These results demonstrate one of the few known chemical signaling molecules that produces a nonconsumptive effect in a marine environment. In this case, the researchers employed a clever strategy to work around the normal difficulties associated with marine sample collection. However, with future technological advancements (specifically in NMR and MS resolution capabilities) there is hope that researchers can identify more of these waterborne chemical cues. Discoveries like those reported in this paper help scientists to understand the complex interactions between predator and prey and the finely honed sensory mechanisms each group employs to gain a competitive advantage.