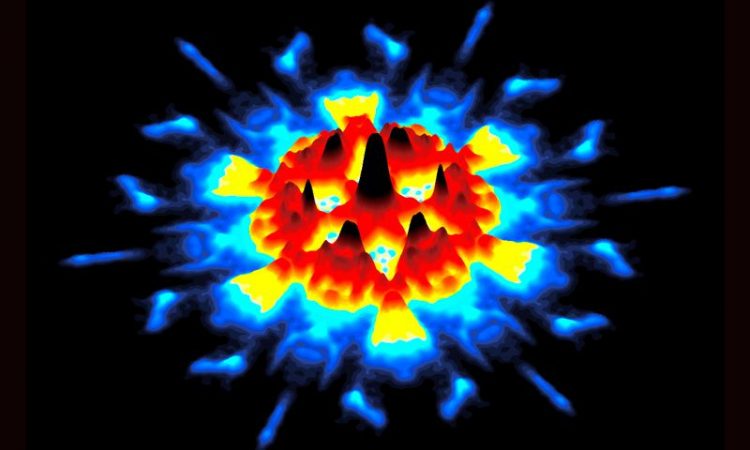 The 2016 Nobel prize in Physics was awarded to David Thouless, Duncan Haldane and Michael Kosterlitz for their work on “theoretical discoveries of topological phase transitions and topological phases of matter”. Their work shifted the gears of materials research in a new direction which was lurking in shadows since 1980s. A series of papers published by these three researchers introduced a new exotic phase of matter in which material properties do not alter due presence of defects and deformations. This robustness of properties is a result of material surface which is referred to as topology. The study of these topological materials is a rich combination of physics, mathematics and chemistry. In this article, we simplify the jargons and explain the basics of the bizarre world of topological materials in just 3 questions.

What is unique about topological materials?

In general, the properties of materials are a function of their size, structure and chemical composition. However, in case of topological materials, their topology dictates their properties which differentiates it from existing phases of materials.

The term topology refers to the shape of the material or the contours of its surface. In mathematics, topology is a thriving field which encompasses the study of properties of objects under smooth deformations which do not involve tearing. In topology, the materials are classified based on the number of holes present in them which means apples and oranges are comparable! Likewise, a doughnut and coffee cup fall in the same category because they both have 1 hole each. Figure 1 shows remolding of a doughnut into a coffee mug, highlighting their topological similarity.

The central idea is that no matter how badly a material is deformed, its surface remains intact! Likewise, in topological materials, there are electronic states arising from the surface which are unaffected by the physical deformities like defects and vacancies in the material. This is a huge advantage over current materials because their performance is adversely affected by the presence of defects. In topological materials robustness is the key!

Where can these materials be used?

The robustness and unique electronic properties of the topological materials opens up their applications in electronics, catalysis and quantum computing. Topological effects unlike subtle or delicate quantum phenomenon that occur at low temperatures, can be realized at room temperatures making them more feasible for several applications. Use of topological materials could provide faster and efficient energy and information transfer for longer distances.

As an example, we will discuss topological insulators which has received a lot of attention from the researchers. Topological insulators are materials which are insulating in the bulk but conducting at the surface as shown in Figure 2. The conduction along the surface is not affected by presence of defects. If there is a defect current just flows around it rather than decaying or stopping as in other materials. In the existing materials, the electron conduction is limited by material quality/presence of defects. The topological effect allows us to overcome this limit of conduction and design smaller and efficient electronic circuits. Bismuth Telluride is one such topological insulator. Another material made of bismuth-rhodium-iodine remains a topological insulator until 2000K. Such robust conductivity is useful in devices which operate at high temperatures like combustion engines, supersonic aircrafts, vehicle breaks, nuclear reactors and several industrial processes.

The new understanding of topological states in existing materials has also allowed researchers to understand century old phenomenon. One such example is the origin of luster in gold. Electronic structure of gold has been known for a while, but it was only recently in 2015 that the luster of gold was explained using topological states theory.

Thus, the new exotic phase of matter has the potential to improve performance of existing materials, enable design of novel robust materials for use in devices and provide insight into several well-known phenomenon.

How can we realize topological materials?

The field of topological materials started as a theoretical study in Physics. However, it is quickly growing as an interdisciplinary field of chemistry and physics in all aspects- experimental, theoretical and computational. There are two key steps in realizing these materials- (1) identification of the required chemical composition and (2) the synthetic feasibility.

The second step is moving forward from algorithms and models to synthesis. This aspect is addressed by chemists. Only a dozen topological materials have been realized experimentally till date. One of the major reasons is that the topological materials comprise of hard-to-work-with elements. The poisonous nature of heavy metals commonly present in topological materials like mercury require additional safety precautions. Other components like alkali and alkaline earth metals react vigorously with air requiring specially designed set-up. The approach is generally to pick the most synthetically feasible material and then design and optimize its synthesis.

Identification and synthesis of these materials has also given a new way of classifying materials based on topological states and resulting electronic properties. Maybe within a few decades from now we will see a new periodic table with topology as defining parameter and unifying property.

In conclusion, topological materials are novel materials in which the topology dictates the properties. Robustness to structural deformation and temperature is the strength of these materials. Developing as a highly interdisciplinary field, study of topological materials presents promising advances in electronics, catalysis, computing and fundamental understanding of materials.