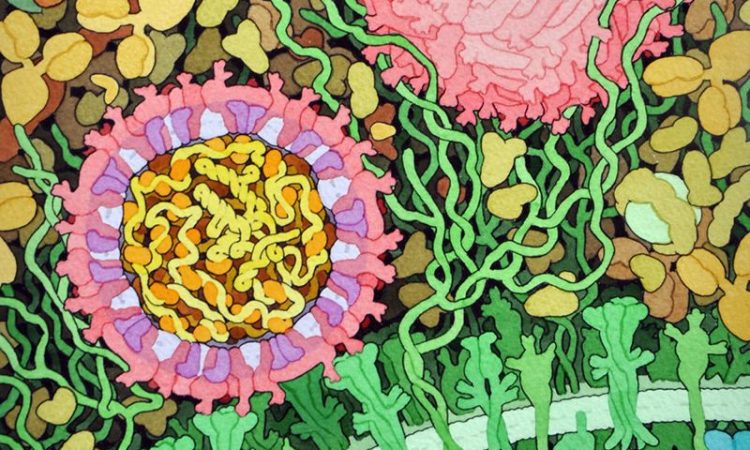 Title: Synergistic effects of stereochemistry and appendages on the performance diversity of a collection of synthetic compounds

The ability to rapidly evaluate what a chemical compound does to a cell, and most importantly, how is it imparting that effect is of crucial importance in pharmaceutical and medicinal chemistry. Think about it; if you are testing a large library of compounds in hopes of finding an anticancer drug, it is critical to determine if your next hit operates by inhibiting microtubule growth during mitosis or by blocking an important signaling cascade needed for cell proliferation.

A process known as high-throughput screening (HTS) allows us to test large libraries of structurally diverse molecules on cells to see if they generate a particular physiological response, such as cell death or change in morphology. While HTS is excellent in offering us a yes-or-no answer on whether a compound has biological activity or not, it can fall short when it comes to elucidating the combination of smaller cellular changes that lead to such activity. To put it differently, current methods can fall short in determining the precise mechanism of action of a specific drug lead.

In this work, the lab of Stu Schreiber at Harvard University seeks to address this challenge through a technology they term “cell painting.” This method, which combines the principles of HTS with advanced cell imaging quite literally paints a fuller picture of what happens to a cell as it becomes exposed to higher concentrations of a given compound. The result is a collection of data related to cell and organelle morphology that, when pieced together, can illuminate more on how an individual molecule acts at a metabolic level.

In particular, the authors focused their efforts on studying the synergistic effects of stereochemistry and functional group diversity in the light of “cell painting.” First, they synthesized a small library of stereo- and chemically diverse azetidines guided by recent research that suggested azetidines could have strong antimalarial activity. The backbones were modified with different moieties at the positions marked with circles in Figure 1. In addition, the azetidine cores could also have stereocenters at positions 2 and 3, so each iteration (or series) of a chemically distinct molecule would contain up to four stereoisomers (Figure 2).

Next, the group proceeded with the “cell painting” assay. Human cells cultured in nutrient-rich medium were treated with each series of compounds. Then they underwent a process called fixing, which kills the cells by permeabilizing the membrane but leaves all organelles and cellular features intact. After fixing, the authors stained the cells with dyes of different colors that would localize to specific cellular compartments or structures, namely the nucleus; endoplasmic reticulum; the nucleolus and cytoplasmic RNA; the actin cytoskeleton, Golgi apparatus, and plasma membrane; and the mitochondria (Figure 3). Finally, they imaged the cells under a fluorescent microscope capable of detecting all dyes and analyzed the resulting “painting” using imaging software. Changes in cell densities, morphology, or organelle redistribution can be compared to the “painting” of an untreated cell, and so, a high-dimensional fingerprint of a compound’s mechanism of action can be elucidated.

After testing each series, the authors looked deeper into series 3, 4, 6, 7, and 11 since these resulted in more drastic cellular changes compared to the control. Within each series, the effects were quite varied for different stereoisomers. This result is not surprising given that many of the molecules of life are chiral, so we expect them to interact differently with distinct stereoisomers of the same molecule. The authors also looked at how varying the appendages of the azetidine core impact biological activity, by, for instance, treating the cells in parallel with the same type of stereoisomer of series 3, 4, 6, 7, and 11. While variations of both stereochemical configuration and functional group diversity can result in similar biological effects, the authors conclude that tweaking both features simultaneously results in more diverse mechanisms of action, which is something sough for often in new drug leads.

Overall, the group’s research provides unique means to rapidly and effectively measure the mechanism of action of possible drug candidates. Given the variety of cellular features imaged at once, the “cell painting” platform provides conclusions that are less biased than traditional HTS methods, while also being amenable to high-throughput settings by permitting the assay to be carried in a 384-well plate format. While still limited by the number of orthogonal dyes that can “paint” specific cellular features but not others, it is exciting to envision the new doors that “cell painting” will open for the discovery of new therapeutics from libraries of functionally and chemically rich molecules.