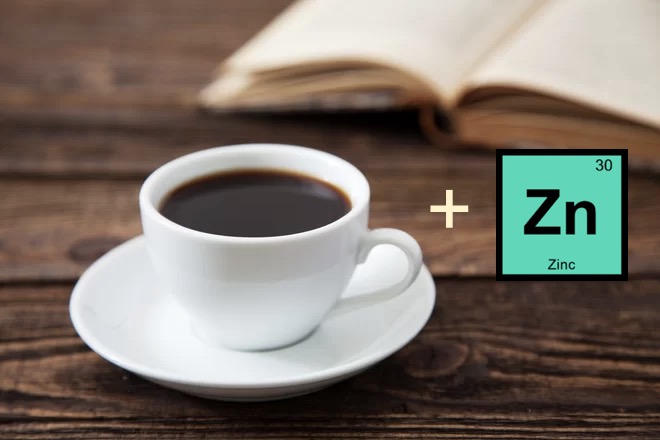 Title: Superoxide dismutase activity enabled by a redox-active ligand rather than metal

“Do not take a supplement tablet with chocolate! Take with water!” My mother stopped me when I attempted to take the tablet with a cup of chocolate. Since I was small, I was often told that taking supplements or drugs with beverages other than water may trigger undesirable reactions harmful to our health. But the recent findings in The University Of Erlangen-Nuremberg may back up my childhood act.

Reactive oxygen radicals and superoxide are notorious for causing aging and illnesses such as inflammation, cancer, or neurodegenerative disease. They are one of the by-products of our body’s metabolism, which damage proteins, lipids, or even our genome.

One of the popular approach to get rid of superoxide is to mimic superoxide dismutases, enzymes which catalyze the degradation of reactive oxygen radical to the less toxic oxygen and hydrogen peroxide (Equation 1). This often requires redox-active metals, and manganese (Mn) is commonly used. However, Mn(II) complexes are often less stable and require large dosage.

Recently, researchers have made a new breakthrough. They discovered that zinc (Zn) could combine with quinol-containing ligand to imitate superoxide dismutases. One example of quinol-containing molecules is hydroquinone, which could be found in coffee, tea and chocolate. It is therefore plausible that coffee, tea and chocolate with added zinc could help us fight against superoxide!

Zn(II) metal complex is often redox-inactive, but researchers discovered that by coordination to the redox-active ligand Hqtp1−, the Zn(II) complex is activated and can then react with the reactive oxygen radicals. The proposed structure of the complex is a distorted octahedron, with the five N atoms from the H2qtp1 ligand and one O atom from the quinol (Figure 1b). Since Zn(II) ion is smaller than Mn(II), it has a stronger preference to coordinate to the hexagonal redox-active ligand.

Figure 1           (a) The chemical structure of the redox-active ligand, H2qtp1. (b) The proposed structure for the compound in aqueous solution, [Zn(Hqtp1)]+, where Hqtp1− is the singly deprotonated form of H2qtp1.

In order to assess the antioxidant activity of the Zn(II) complex, the researchers made use of UV-vis spectroscopy and mass spectroscopy. Since the quinol ligand normally absorbs at the wavelength of 320 nm, a decrease in the absorption band at that region supports that the quinol functional group is oxidized. The mass spectrometry analysis reveals the reaction produced a mixture of Zn(II) complexes with Hqtp1− ligand.

Based on their observations, they anticipated Zn(II) ion could make quinol more susceptible to oxidation, therefore helping us to get rid of the oxidative radicals. Moreover, the positively charged Zn(II) ion helps to attract the negatively charged radicals (O2•−) so that they more easily to undergo reaction with the quinol ligand. This shows how the Zn(II) complex could amplify the antioxidant activity!

In short, the researchers have mimicked the enzyme superoxide dismutase without redox-active metals, but rather using a redox-active ligand with quinol functional group. They have turned the redox-inactive Zn(II) ion into a complex that destroys reactive oxygen species. Furthermore, the researchers have noted the presence of hydroquinone, a member of the quinol compounds, in our daily beverages such as tea, coffee and chocolate. And they claimed it would be possible that coffee, tea or chocolate may be available with added zinc to boost consumer’s health in the future!