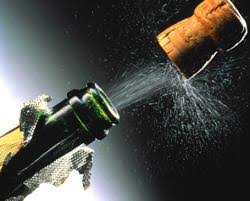 In 2016, we saw the Nobel prize for Chemistry awarded to 3 scientists for the design and synthesis of molecular machines.

You may be wondering, what exactly is a molecular machine? Well, to put it simply, a molecular machine is a small molecule, or set of molecules that have distinct states that can be triggered by some type of stimuli. These states are usually a result of a motion that acts as a trigger. It can be compared to the act of turning a light on and off.

Within this class of materials, are many sub-types of molecular machines that have differing structures and outputs. They are broadly classified into artificial and biological sub classes, with several sub-types of artificial machines.

Artificial molecular machines can come in many forms, such as: motors, propellers, switches, nanocars, shuttles, balances, tweezers, sensors, logic gates, assemblers and hinges. The properties of these molecular machines are highly dependent on their chemical structure. An essential property of these machines is that they do not fall apart easily, allowing for repetitive use of the mechanism. In this study, the authors investigated the mechanical strength of a specific architecture, rotaxanes, which can fall under a variety of sub-categories, prominently the switch and shuttle. 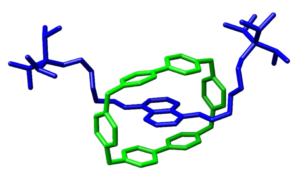 Figure 2 Crystallographic structure of a rotaxane

Rotaxanes refer to a specific confirmation of atoms, with 2 bulky end groups, a chain connecting them, and a ring around the connecting chain that can be told to move from one end to the other. There are 2 methods of removing the ring from the rotaxane: unstoppering and unclipping. (Figure 3) These 2 processes involve either the chemical removal of the bulky group at one end or the removal of part of the ring so that it can be separated from the molecule.

Figure 3 Typical methods of dethreading a ring from a rotaxane

In this study, an interesting phenomenon was observed, where the torsional and tensile strain resulted in the breaking of a covalent bond in the polymer chain backbone, releasing the rotaxane ring. This mechanism for removal of the ring has not been previously observed, as the polymer chain is typically very stable. Of particular interest is that the researchers demonstrated that the driving force behind this process is a direct result of the rotaxane structure. In this process, a mechanophore (something that reacts to mechanical strain) is activated at a point constricted by the macrocycle (the ring), directly causing the breaking of the covalent bond. When studied separately, the rotaxane architecture and the torsional strain in a free polymer chain were not significant enough to cause the breaking of a covalent bond, indicating that the initiation of this process is a result of the synergistic effects. Additionally, the researchers noted that the cross-linking that led to the increased strain and breakdown of the rotaxane architecture helped the molecule withstand shock or impact, indicating that they could not simply be removed to prevent this from occurring as it might directly affect the molecular stability.

While this is only our first glimpse into new reaction mechanisms in rotaxanes, it shows us that there is much more to explore with regards to these architectures. With further study, it would be intriguing to see what other structures and functionalities can be obtained using this class of materials.