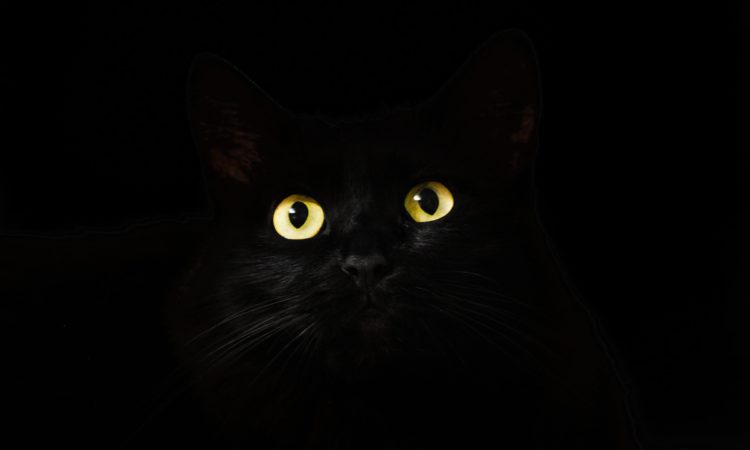 When scientists developed Vantablack several years ago, it was the darkest material ever produced (Figure 1), so perfectly black that it looks more like a hole into nothingness than something painted black. Vantablack (and materials like it) is made of carbon nanotubes aligned vertically, so light is absorbed nearly perfectly as it is trapped inside of the tiny nano-scale structures, bouncing around until it is fully absorbed and all its energy is converted to heat. But recent research from MIT has produced a new material that is ten times blacker, using a similar method as Vantablack, but with a random organization of nanotubes.

Carbon nanotubes are tiny structures made up of precisely arranged carbon atoms that form long, thin tubes only a few nanometers wide. They are typically grown on top of a metal surface by a technique called chemical vapor deposition (CVD), where acetylene and carbon dioxide are catalytically converted into solid carbon.

This new process starts with a sheet of aluminum, which is treated to “activate” the surface for nanotube production. This “surface activation” (SA) is done to both remove the oxide layer that most metals form in regular air (due to oxygen) and to produce a textured surface for the nanotubes to grow on, so they are randomly oriented.

The researchers start by submerging the aluminum in a bath of sodium chloride (NaCl). The chloride ions produced when the salt dissolves diffuse into the surface of the metal, corroding it and dissolving away some of the aluminum (Figure 2A). This leaves behind a “nanostructured” surface with mountains and pits of aluminum, all of which is completely bare without any oxide layer (Figure 2B), which the authors called “surface activated aluminum” (sa-Al).

Aluminum by itself can’t catalyze the reaction that ultimately forms the carbon nanotubes, so the final step of the process is to coat it in a metal that can. The surface activated aluminum is rinsed in both water and ethanol, before it is finally dipped in a solution of iron acetate and cobalt acetate, which react at the surface of the aluminum to form tiny nanoparticles containing both metals (Figure 2B).

Now that the surface is ready for nanotube growth, it is placed inside a chamber and reacted with the acetylene and carbon dioxide. Nanotubes start to grow, starting on either side of the iron/cobalt nanoparticles (Figure 3A), growing in every direction. When done, the surface is covered with a dense layer of carbon nanotubes on top of the aluminum (Figure 3B). Looking down, the tightly packed network of nanotubes forms a thick forest (Figure 3C). The black coating is as flexible as whatever it is formed on, allowing it to bend into different shapes (Figure 3D).

After making the new coating, the researchers characterized its properties in many ways, comparing its properties to different types of nanotube coatings. They measured the reflectance of the surface, which determines how much of specific wavelengths of light are reflected from the surface when illuminated. The lower the reflectance, the darker the material. This new coating (called “CNT/sa-Al” in Figure 4A) had a lower reflectance at all wavelengths than any other materials previously published, including the previous record-holder Vantablack (purple and black in Figure 4A). Because the carbon nanotubes were randomly structured on the surface, they were even able to absorb light nearly perfectly from any angle, measured by its emissivity (how much of the light shined on the material is emitted as heat) (Figure 4B).

These exciting properties are what make materials like this new coating and Vantablack intriguing for many different applications. Although Vantablack has been used as a pigment for artists who want the deepest black possible, the incredible optical absorption could be utilized in other devices ranging from space-based telescopes to solar generation in order to absorb unwanted light.

Their electrical properties are groundbreaking as well, due to the carbon nanotubes’ low electrical resistance and ability to transfer charges to metal. In fact, this is what the authors’ article was primarily focused on, since this technique is a huge improvement in electrically and mechanically connecting the nanotubes to the metal surface they’re grown on. So far, though, this new coating has only been used in a new art project titled “The Redemption of Vanity,” where a 16.78 carat yellow diamond was coated, becoming the blackest diamond ever produced. One day, though, this material could be used in electricity generation or space observation, not just mind-bending art.