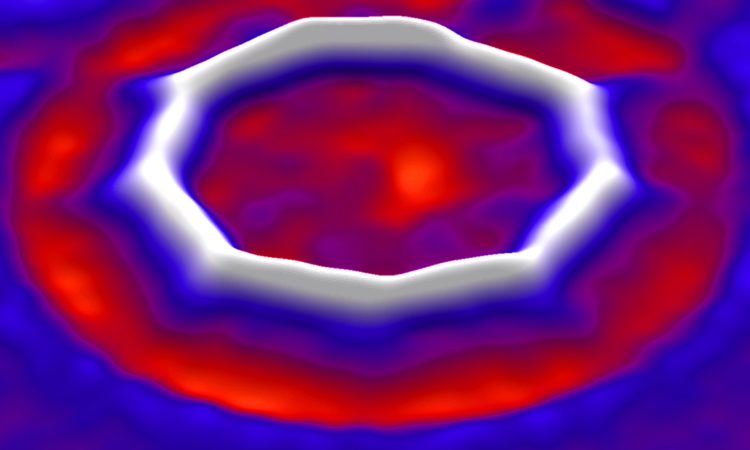 The arrangement of atoms in a molecule is one of the most important factors in determining how that molecule will behave. Different arrangements of atoms in a molecule are known as isomers, of which there are many kinds (structural isomers, enantiomers, rotamers, etc.). An organic chemist may be most familiar with the differences between enantiomers. For example, (S)-(+)-limonene is the molecule that gives oranges their flavor, but its enantiomer (R)-(+)-limonene, the molecule which is its mirror image, tastes like lemon. Isomers are molecules with unique arrangements of different atoms, but compounds need not be composed of more than one type of element to exhibit distinct properties. Different arrangements of atoms also exist for a pure elemental substance, but these forms go by a different name: allotropes. Carbon is famous for existing as different allotropes, including diamond, graphene, and charcoal, all which have dramatically divergent properties.

If there is only one building block available (atoms of one element), how can distinct structures be made? Allotropes can be categorized based on how many other atoms are connected to each single atom. In diamond, one carbon is tetrahedrally connected to 4 other carbon atoms (think one carbon in the center of a triangular pyramid connected to a carbon atom at each corner). Graphene, carbon nanotubes, and fullerenes are all composed of carbon atoms connected to three other carbon atoms. They differ from each other in that they form flat sheets, are rolled up into cylindrical tubes, or are fused into spheres, respectively (Figure 1). Allotropes with connectivity to two carbon atoms exist in the form of long chains and are called carbynes.

The discovery of new allotropes of carbon has been a fruitful endeavor, even just considering the discovery of graphene, which has been shown to have extraordinary strength, electrical conductivity, and transparency to light. The most recent addition to the family of carbon allotropes is a ring of 18 carbon atoms, known as cyclo[18]carbon. In this allotrope, each carbon atom is connected to two other carbon atoms, and in the same way that graphene can be rolled up to form carbon nanotubes, this allotrope can be thought of as the rolled up version of an 18-carbon carbyne (Figure 2A).

Cyclo[18]carbon is not a molecule that has ever been directly isolated from a reaction flask. In the past, there has been evidence of formation of cyclic carbon rings like cyclo[18]carbon in the gas phase, but they have never been isolated or fully structurally characterized until now using a technique called atomic force microscopy (AFM). AFM is used to image structures with atomic resolution, and in 2009 was used for the first time to generate an image of a single molecule. An image of a single cyclo[18]carbon molecule is shown in Figure 2B. AFM relies on characterizing a surface by scanning an atomically sharp tip across it, in the same way that a person may read braille by dragging their finger across a page. The atomically sharp tip is attached to a cantilever and when it is moved across a “bump” on the surface, the tip and cantilever move in response. This movement is tracked on a camera by the reflection of a laser beam off the cantilever’s surface, as shown in Figure 3.

The key to this discovery relies on using the AFM tip as a multipurpose tool. The tip not only functions as the “camera” but also as the source of energy for the reaction that produces the cyclo[18]carbon. The precursor (Figure 4), a molecule that can be synthesized using more traditional organic synthetic methods, contains easily removable carbon monoxide groups that are liberated from the molecule through interaction with the tip.  The tip induces the reaction not by supplying energy through heat or light, but through a source of electrons, as it applies a voltage to the precursor.

The existence of cyclo[18]carbon is important to carbon allotrope discovery but also presents an opportunity to answer a question first proposed in the 1960’s: Would an 18-member carbon ring contain alternating single and triple bonds (polyynic form) or would it contain a series of consecutive double bonds (cumulenic form) (Figure 5)? Depending on what level of modern theory you use, the answer changes. This question is answered by looking at the image of cyclo[18]carbon using AFM. The AFM reports on the electron density of the carbon ring, showing where each atom is and how atoms are connected. In the images, the existence of triple bonds is confirmed by the observation of alternating bright spots along the ring (Figure 2B).

While the method of atom manipulation described in this paper is an unlikely candidate for the synthesis of any practically useful quantity of a molecule, being able to transform and characterize a single molecule provides an opportunity to better know the properties of molecules that are difficult to synthesize. In this case, knowledge of the alternating nature of the carbon-carbon bonds is informative of how electrons will move to, from, and within the molecule. The behavior of electrons within a molecule is arguably the most important consequence of the different arrangement of atoms in an isomer or allotrope.