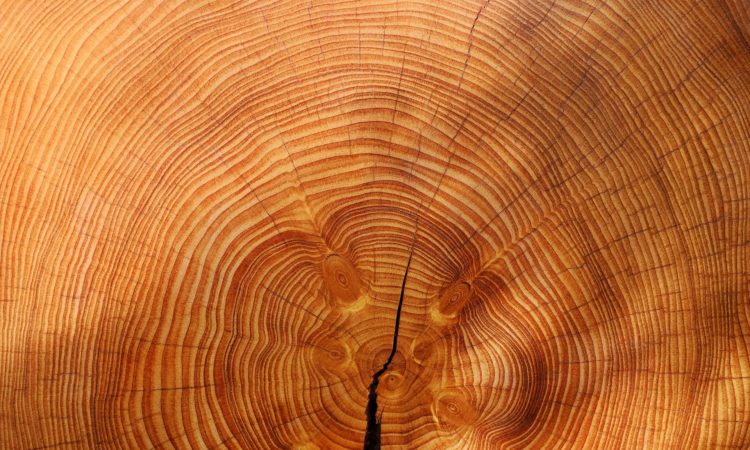 Featured Image by Couleur from Pixabay

In recent years, consumers and legislation are both driving demand for sustainable alternatives to single-use plastics. Biodegradable plant-based plastics, known as bioplastics, are one possible alternative. Bioplastics, such as poly(lactic acid), are already on the market, but they usually require high levels of heat, oxygen, moisture, and microorganism to degrade. This can typically only be done in commercial composters, and many “biodegradable” plastics will degrade very little in seawater, thereby contributing to the enormous 9 million tonnes of plastic that are added to the oceans each year. In a new Biomacromolecules paper, researchers have developed a wood-based bioplastic for food packaging, which currently creates 78 million tonnes of plastic waste annually. The real surprise – these plastics rapidly biodegrade in seawater.

To achieve this, they used three different polymeric materials found in wood – cellulose, xylan, and lignin. Cellulose is the most commonly produced renewable polymer on earth, used mainly for construction and paper. Xylan is a type of hemicellulose commercially used in livestock industries and as a sweetener. Both cellulose and xylan are major components of plant cells walls. Lignin is another natural polymer, mostly used as filler in wood-polymer composites, because it is strong, rigid, and resistant to water. These properties also make it crucial to providing structure in woody plants. In this work, bioplastic films made of cellulose and xylan were produced with varying amounts of lignin added. By changing the composition, they were able to tune different properties of the bioplastic, such as elasticity, oxygen diffusion, and colour, which, as seen above in Figure 1, ranged from light tan to almost black.

The researchers determined the durability of the film by measuring the amount the material stretched before breaking, (elongation at break) and the amount of force the material could withstand before breaking (stress at break), shown in Figure 2. The materials containing less lignin stretched more, but withstood less stress. Young’s Modulus, which measures a material’s elasticity, also decreased with increasing lignin content, in line with elongation at break. All the films tested showed similar strength and durability to common petroleum-based plastics used for packaging, such as polyethylene and polypropylene.

After testing the durability of these biofilms, the researchers set out to test the permeability of the films to water and oxygen and their resistance to microorganisms. Exposure to water, oxygen, and microorganisms are some of the biggest drivers of food spoilage, so any packaging alternative must create a barrier to protect food. The researchers measured the amount of water and oxygen that passed through the film over 8 hours, known as water vapour transmission rate and oxygen transmission rate respectively.  The water vapour transmission rate decreased with increasing amounts of water-resistant lignin, but it is still much higher than most conventional plastic packaging. This is likely due to some of the hydrophilic (water-loving) chemical structures present in the biofilms that aren’t found in conventional packaging made from hydrophobic (water-hating) petroleum products. Although this amount of water uptake doesn’t sound ideal for food packaging, the biofilms wouldn’t take up this much water in a real world situation – the films were placed on top of a vacuum that continually sucked in air at 100% humidity. This is done to maintain consistency in testing across materials, but doesn’t reflect the real world, where fresh food is typically kept at air pressure.

On the other hand, the oxygen transmission rate of the biofilms (Figure 3B) is significantly lower compared to some common plastics, such as high and low-density polyethylene. The low oxygen transmission rate is because lignin can react with excess oxygen, giving it antioxidant properties. All the biofilms were also resistant to the bacterial growth of E. coli. This is because lignin is also an antimicrobial, and can kill bacteria by destroying their cell membranes. Heredia-Guerrero and co-workers also demonstrated that all of the wood-based bioplastics they developed degraded by at least 70% over 30 days in seawater that they collected in Genoa, Italy. Since lignin is anti-microbial, the films containing high levels of lignin degraded the slowest, because they were the most resistant to microbes in the water.

Whilst reducing consumption of single use plastic is a necessary component of moving towards a more sustainable lifestyle, living plastic-free is not realistic for everyone. Remote communities are hit especially hard when it comes to food security and access to affordable produce. Packaging fresh food maintains the quality of the produce for longer, allowing it to be transported to these areas. Although these wood-based bioplastics are more sustainable, they aren’t a silver bullet for our plastic problem. The high lignin content provided resistance to water, oxygen, and microbes, but these plastics are also nearly opaque. Consumers want to see the fresh food they’re buying, which makes the dark colour difficult to work with. Lower levels of lignin may be better suited for transparent packaging purposes, but researchers will need to fine tune these properties before we start seeing them anywhere on supermarket shelves.