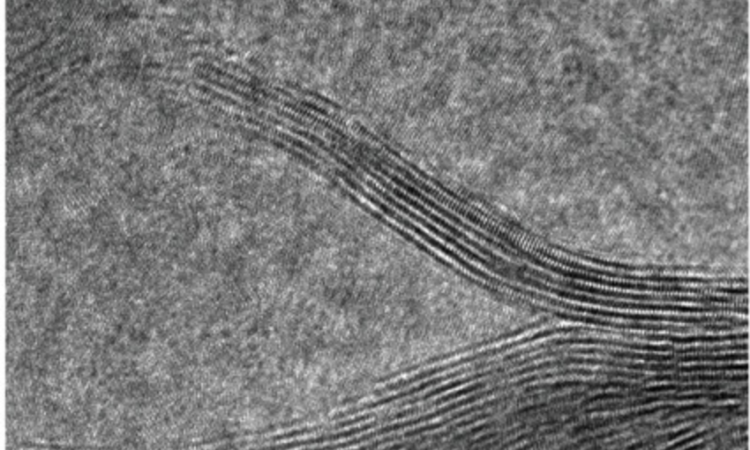 Nanoscale materials – so called because they have dimensions on the nanometer scale – are often used to catalyze chemical reactions like hydrogen production and CO2 reduction. Impurities in these nanoscale materials can often affect their performance, but mapping the distribution and concentration of these impurities is difficult, since they can be as small as a single atom across. In this recent paper by Gault et al, they apply a technique called atom probe tomography to a specific nanoscale material, MoS2 nanosheets. creating 3D maps of intentional and unintentional impurities on a sub-nanometer scale.

Rhenium impurities in MoS2 nanosheets can create small, highly-conductive areas, improving the catalytic activity of the nanosheet, so characterizing the number and scope of these areas is important to improving the performance of MoS2 catalysts. Therefore, the authors first studied MoS2 nanosheets that had rhenium impurities deliberately embedded in the nanosheet. They then embedded the nanosheets in a nickel matrix to create samples for atom probe tomography – an approach that has never been used before for 2D materials.

To characterize a material, atom probe tomography uses a laser or a high-voltage pulse to evaporate atoms from the surface of the material. The pulse can also target different locations on the surface of the material, allowing the original position of the evaporated atoms to be recorded before the atoms are identified using mass spectrometry. The authors then reconstructed the chemical nature of the original MoS2 surface down to the atomic level. From this reconstruction, the authors determined that the rhenium impurities were distributed homogeneously throughout the MoS2 nanosheets with an average atomic percent of 3.8%.

The authors also found that the ratio of sulfur to molybdenum in the MoS2 nanosheets was lower than expected; they attribute this to oxidation of the surface of MoS2, which removes sulfur from the surface, creating a vacancy. Moreover, the authors found significant unexpected impurities from nitrogen (2.4%) and carbon (6.4%), which probably originated during synthesis of the nanosheets. While these elements have previously been reported to enhance MoS2’s ability to catalyze hydrogen production, detection on surfaces at these low concentrations was not previously possible. The authors’ use of atom probe tomography is the first report to detect and map these impurities directly on the surface of MoS2 nanosheets, allowing a new level of understanding of their role in catalysis.