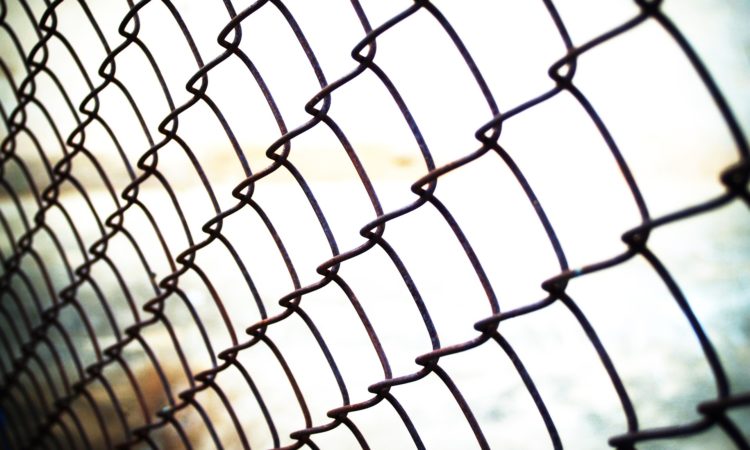 “A caged molecule” brings to mind a molecule confined to its home, perhaps as many of us feel we have been for the last few months. In reality, a caged molecule is one which has its key functionality ‘masked’ or hidden away. Usually this a biologically active molecule inactivated by the addition of a protecting group. When irradiated with light, this protecting group is removed and liberates the active molecule.

As you might imagine, such molecules can be useful in a wide array of biological settings where you want to give your drug or sensor molecule time to reach its destination. Photoactivation is an ideal way to activate these molecules as we have high spatiotemporal control over delivery of light. Spatiotemporal control means that we can precisely deliver light to an exact location, at a specific time. This is beneficial as activation is not dependent on a second or indirect stimuli, nor does it require addition of a second chemical. However, not all light is good, especially when applied to a biological sample – certain wavelengths of light (e.g. UV) can be quite toxic to cells. So when implementing light activation in biology, we endeavour to use long wavelengths (generally red visible light or near-infrared, NIR). Deep tissue penetration is an added benefit of using long wavelengths.

The Marchán group set out to develop a long wavelength activatable coumarin-based protecting group. Coumarins generally absorb blue (short) light but have positions that can be synthetically modified. This is ideal to introduce a group that changes the electronic characteristics of the coumarin to allow longer wavelength absorption; as well as a position to introduce the group to be ‘protected’ or ‘caged’. Previous generations of modified coumarins swap the traditional coumarin position 7 carbonyl for a dicyanomethylene appendage  (DEAdcCM and DEAdcCE) which red-shifts the absorption maximum to near 500 nm (green light) by extending the conjugated pi system. To reach the red region, a cyano(N-alkyl-4-pyridinium)-methylene was introduced at position 7 (product 2), and the product nicknamed – COUPY after COUmarin and PYridine. These are very interesting dyes with a far-red to near infra-red emission, a high photostability and large Stokes shift (the difference between the absorption/excitation maximum and the emission maximum).

To achieve the transition from dye to photo-labile protecting group, a point for attaching the caged molecule is required. The C5 position in a traditional coumarin scaffold is a methyl group, however a variety of functional groups can be introduced to tether the protecting group to another molecule at this position (product 3), e.g. via an ester, carbamate or carbonate.  The Marchán group, to demonstrate the system, attached a phenyl ring to the COUPY through an ester linkage, which breaks upon photo cleavage and liberates a benzoic acid moiety. A methyl group was included opposite the ester linkage to help stabilise the carbocation intermediate, which would make the uncaging process more favourable and hence increase the photodeprotection rate. The caged molecule’s absorption was slightly red-shifted compared to the parent dye, and the Stokes shift slightly increased.

The photoactivation process was then investigated by irradiating the caged molecule with different wavelengths of light and observing the uncaging (or stability) of the molecule by HPLC and mass spectrometry. Upon irradiation with a broad band LED light of 470-750 nm there was 90% uncaged molecule (COUPY alcohol and benzoic acid) liberated after 15 minutes, whereas it required more than 90 minutes to achieve the same level of photolysis with a narrow selection of light around 560 nm (yellow light). The caged molecule was also slowly released under red light (620 nm). Although this was slightly slower than with yellow light, this provides an exciting way to differentiate coumarin-based photolabile protecting groups that do not absorb at all in the red region. The group achieved their goal of creating a red-light labile caging group which could be selectively removed in the presence of similar protecting groups.

They then set out to demonstrate the utility of their product compound. To be able to selectively deprotect one photo-labile group in the presence of another, the dye’s absorption profiles must be distinct and preferably not overlap significantly; alternatively, if their absorption is similar, they must have significantly different deprotection rates. To demonstrate that the new COUPY protecting group could be selectively deprotected, the Marchán group mixed the phenyl-caged COUPY (product 3) in a 1:1 ratio with a more blue-shifted dicyanocoumarin derivative (product 8). When irradiated with green light at 505 nm, the dicyanocoumarin was completely uncaged, along with 75% of the COUPY-caged phenyl. However, when exposed to red light (620 nm) the COUPY dye was selectively uncaged and the dicyanocoumarin-cage left untouched! This demonstrated that selective deprotection was possible if the correct wavelength of light was chosen for the first irradiation.

Lastly the group demonstrated that the caged COUPY was not toxic and could be activated in treated cells. Upon photo-activation it appeared the COUPY had localised to the mitochondria which may allow location specific targeting of future COUPY-tethered cargo. This is a great example of utilising chemistry knowledge to design a functional system which, in this case, gave rise to a biologically-useful and less toxic coumarin-based photo-activatable caging group.