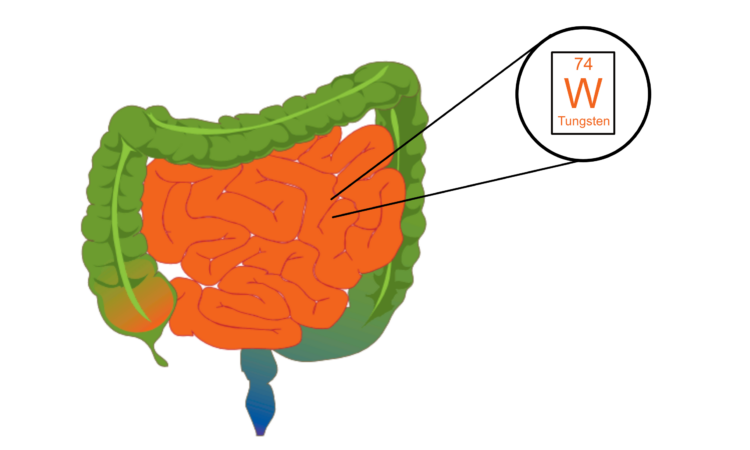 Over the past decade, science has revealed the importance of the human gut microbiome. This revolution in human health has launched many lines of consumable supplements from probiotic pills to “gut power drinks”. These products largely focus on the food gut microbes eat but not on the metals (e.g. iron, nickel, etc.) that they rely on to survive.

We don’t often think about metals as an important component of gut health or microbiome diversity, but they are crucial components of enzymes – the workhorse proteins of all cells. For example, hemoglobin, the protein in blood cells that makes blood red and carries oxygen in our body, is filled with iron. Without iron, our health would deteriorate swiftly, which is why many people take iron supplements. Unfortunately, our acknowledgement of metals’ role in human health does not yet extend to the gut microbiome. This scientific gap is being filled by studies like this one published in the Proceedings of the National Academy of Sciences.

The authors of this paper focus on a little-known metal called tungsten (W) and found a surprising relationship between W-utilization and detoxification in the gut. They started by looking for W-containing enzymes in gut-associated microbes and identified them in more than 10% of species. From here, Schut et al. then focused on one species of bacteria found in many gut samples: Eubacterium limosum. When they added an abundance of W to cultures of E. limosum, it efficiently assimilated W into its proteins (Figure 1). It even preferred W to a well-known metal nutrient, molybdenum (Mo).

If microbes have enzymes that need W and seem to use W during growth, what are they doing with those enzymes? To answer this question, the authors took dead E. limosum cells, extracted their contents (including their enzymes), and reacted them with different organic molecules to survey their potential function. They found that the cellular extracts were quite good at converting aldehydes into organic acids. This was a fascinating result because if aldehydes accumulate in the human gut, they can be toxic. On the other hand, organic acids correlate with good gut health. Thus, W-containing enzymes could play a central role in regulating human health.

Since E. limosum is widely found in human guts, the authors established W as a crucial element for keeping the human gut happy. The main source of W in our diet is tap water, since most foods have undetectable concentrations of W. Even so, city water has less than 35 parts per billion (ppb) W compared to 1300 ppb molybdenum and >44,000 ppb iron. Thus, W could be a limiting nutrient for your microbiome, meaning it might be the metal your gut has been craving.