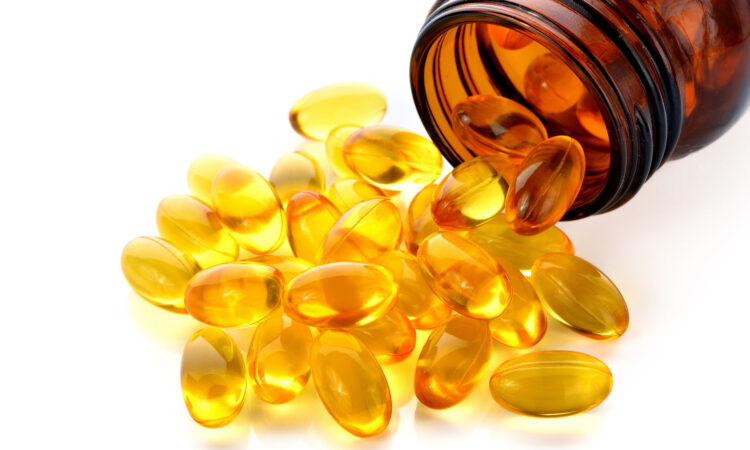 Randomized controlled clinical trials are considered one of the best ways to generate data for conducting evidence-based medical treatment. Clinical trials are used to test the effects of drugs or other chemicals such as supplements. In this study, Hahn et al. examined the effects of supplementation of vitamin D and/or omega 3 fatty acids on the development of autoimmune disorders over time. Both chemicals have mechanistic implications for ameliorating immune disorders; vitamin D regulates genes involved in inflammation and immune response, while omega 3 fatty acids are thought to decrease systemic inflammation. However, because disease development is complex and almost always dependent on multiple factors, supplementation is not necessarily beneficial even if the chemicals are known to be important in the mechanisms of normal immune pathology. Therefore, clinical trials are vital for examining both the benefits and risks of supplementation. Let’s break down the description of this study, which is noted as “a nationwide, randomized, double blind, placebo controlled trial with a two-by-two factorial design,” to understand how these types of trials are conducted.

The replacement of the active supplement with a visually identical placebo is crucial to ensure that participants do not know if they are taking the active form or not; hence, this study is “placebo controlled.” Many clinical trials are conducted in this way, as it prevents the placebo effect, avoiding bias. The placebo effect occurs when a patient believes they are engaging in an activity, like taking a drug or supplement, that will theoretically make them feel better. Believing their health will improve is sometimes enough to alter the body’s mechanisms, leading to endorphin release and improving the patient’s health. It could also subconsciously or consciously change behavior. For example, a participant who thinks the supplement is making them healthier may be motivated to make lifestyle changes that lead to better health, but skew the study. Knowing whether a participant is taking the active or placebo form of a drug can also alter the behavior of the experimenter that interacts with the participant. For example, if a doctor knows a patient is taking an active form of a drug, the doctor may speak more positively about treatment. This reassuring attitude from the doctor then further affects the patient’s behavior and thinking. In this study, neither participant nor the experimenters who interacted with the participant knew which group the participant was in. This is called a “double blind” study, and it eliminates potential bias, generating more accurate data. In single blind studies, researchers are aware of the participants grouping, while participants remain in the dark.

The study is also described as randomized. This means that the participants in the study were randomly assigned to their group. This eliminates bias and gives data that is roughly representative when looking at certain characteristics present or not present across groups. For example, we should expect that the number of participants who have a family history of autoimmune disease is roughly equal in each of the four groups due to randomization.

Nationwide describes the setting; in this case, the setting was limited to anywhere in the United States. Settings are chosen not only based on their relevancy, but also on convenience. Because this study was examining autoimmune diseases, which are not limited based on location, the study was conducted nationwide. Studies may incorporate international data, but this is more complicated and difficult to conduct. A nationwide study allows for diversity within the participants. This is incredibly important to understand how certain factors (e.g., socioeconomic factors, sex, ethnicity, body mass index, family history of disease) may also affect the outcome of a trial.

Understanding study parameters is important for avoiding bias while also including participants that are representative of the public. This study incorporated several different facets to avoid bias and to generate data that may be relevant for a diverse group of people.