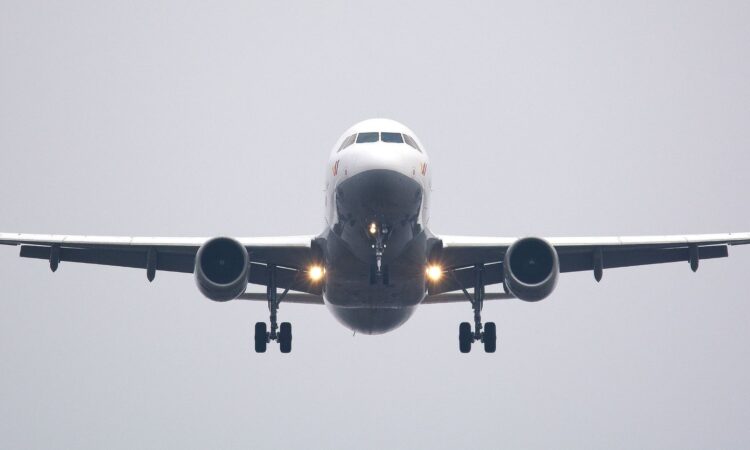 Earth’s atmosphere is packed with miniscule, suspended particles and when it comes to particles in the atmosphere, size matters. Smaller particles can remain suspended in the air for longer and so can be dispersed further away from their source. They can also become more easily distributed around the body when a person breathes them in. So-called ultrafine particles (UFPs) have been found to reach the deepest parts of the lungs, and even the central nervous system via the olfactory nerve. The health effects of UFPs depend on the chemical composition as well as physical properties of the individual particles, but can include inflammation, cell membrane damage, and increased risk of certain cancers.

Airports have been shown to be a major source of UFPs, with the take-off of aeroplanes identified as the major culprit. Previous work has assumed a mixture of aviation fuel and sulfuric acid as the source of these UFPs, however recent work by Ungeheuer et al. is revealing the role of jet lubrication oils. These oils are released from the engine through vents as well as through unintentional leaks.

In their work, the team at Goethe-University Frankfurt produced a spray of jet lubrication oil and measured the sizes of the particles produced. They also heated the spray to 300°C and made the same measurements shortly afterwards. On average, they found that the particles that had been heated were smaller than those that hadn’t been heated. This is because the heating causes the oils to evaporate into the gas phase and then condense into new particles with much smaller sizes once the temperature decreases again.

To further assess whether jet engine lubrication oils are a major source of UFPs, the researchers analysed measurements of real-world particles collected downwind of Frankfurt International Airport. When the wind was blowing from the airport, the measured particles were noticeably smaller than when the wind was blowing from the city centre. The average particle size from these real-world measurements also matched the heated lab-generated particles, pointing towards the role of jet engine oils in the formation of the UFPs. Furthermore, the researchers were able to measure the proportion of jet oils in the UFPs, and found that the smaller particles had a much higher contribution from jet oils. The composition of the smallest measured particles was 10% to 38% jet engine oils.

Another source of particles from jet engines is the burning of fuel to form soot-based particles, which are generally larger than the UFPs formed from the condensation of engine oils. In the presence of this soot, the gas-phase jet oils will condense onto these larger particles rather than forming new, smaller ones. As jet engines have been improved in recent decades, the emission of soot particles has reduced which may increase the importance of this engine oil formation pathway.

The discovery of the role of jet oils in the formation of UFPs from aeroplanes highlights the effort that should be made to prevent losses of oil from jet engines in order to reduce the negative impacts of exposure to UFPs such as an increased risk of brain tumours. Further work is needed to assess the role of this pathway for a cruising aircraft, but it is clear that jet engine oils cannot be ignored when investigating the formation of particulate pollution near airports.


Feature Image by Pixabay from Pexels.

I am a PhD student at the Wolfson Atmospheric Chemistry Laboratories (WACL) at the University of York. My work focuses on studying the reactions of organic compounds in the atmosphere, specifically investigating a compound called isoprene which is very abundant in the atmosphere and is predominantly emitted by trees.