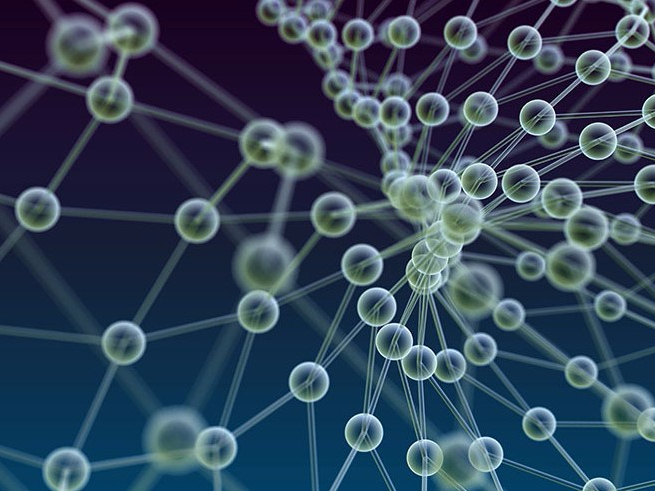 Our bones have the ability to heal themselves when exposed to mechanical stresses by forming new polymeric material, so what’s stopping scientists from doing the same synthetically? It is well known that the system within bone cells is highly complex. As a proof of principle, the authors here create a simpler, synthetic system that mimics the ability of bone to grow new polymer material and strengthen in direct response to mechanical stresses. The mechanical stress in this case is in the form of ultrasound, since sound itself is mechanical energy. Mechanically-controlled polymerization and crosslinking is of great interest for the design of smart materials that are capable of self-healing under the mechanical stresses that are typically encountered in structural and other engineering materials. Similar methods have been developed by other researchers but this is the first instance of using ultrasound to directly activate a chemical species for radical polymerization.

How exactly do the researchers use sound waves to form a polymer?

BaTiO3 nanoparticles are suspended in solution with the catalyst precursor, polymer initiator, and acrylate monomer. The solution is then ultrasonicated in bursts of 4 seconds to produce the polymer. Continuous sonication would cause heat to build up and could potentially alter or damage the molecules in solution. The researchers report that the nanoparticles convert the ultrasound into electrical energy via the piezoelectric effect, serving to reduce the Cu(II) catalyst precursor into a Cu(I)-based activator complex. In other words, the energy from the ultrasound is dissipated from the nanoparticles in the form of an electrochemical potential which is capable of essentially “shocking” the pre-catalyst material into an activator complex. In turn, the activator complex may begin to polymerize the monomer molecules in solution with the help of an alkyl halide initiator that acts as the first molecule of the polymer chain.

The researchers found that continuous ultrasonic agitation is required for polymer chain growth using this method, meaning that growth is directly related to the magnitude and duration of the ultrasonic mechanical agitation (Figure 4). In another experiment, the authors show that the reaction can be stopped completely and restarted, leading to further growth of the polymer chains. The ability to restart polymerization is very important for self-healing applications and adds to the robustness of this system overall. The authors go on to explore the surface phenomenon on the ultrasonicated nanoparticles and potential mechanisms for the catalyst activation step.

The main application of this system is to produce polymers that are capable of reinforcing themselves through the growth of new polymer chains when exposed to environmental vibrations and applied stress. Further work on the mechanism of action will allow this process to be implemented for other types of polymers and could lead to an industrially useful production scheme.