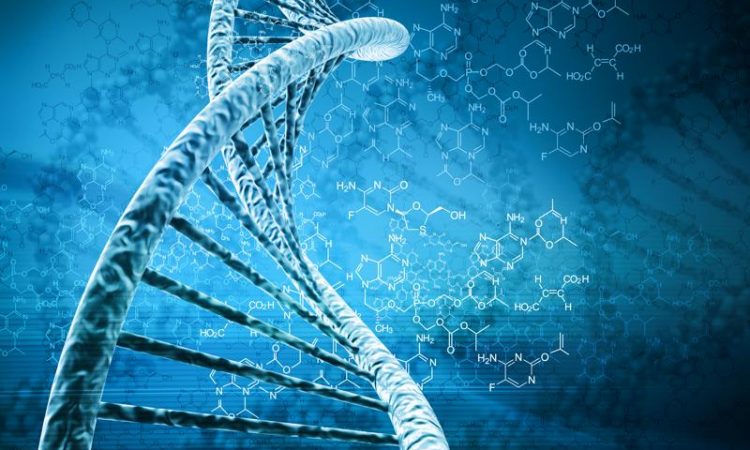 Synthetic chemistry reactions are usually kept far away from the selective environments that are required for cellular systems. Nevertheless, it is still possible to find common ground between the two by carefully balancing the requirements of each. As we have discussed previously, chemical reactions in biological systems are carried about by enzymes, which are bio-catalysts that have evolved over billions of years to catalyze many types of transformations. A major advantage of enzymatic chemistry is that enzymes can situate reactants into specific positions that result in highly selective products that traditional chemistry cannot generally accomplish. Still, there are many types of reactions that cellular systems and enzymes cannot yet carry out that traditional chemistry can. The authors aimed to expand this capacity by combining the best of both worlds from synthetic biology and synthetic chemistry. By combining ideas from these two fields into a strategy they call “GenoChemetics,” the authors manipulate both the genetic information and the chemical environment of an organism to produce novel compounds conveniently in living culture.

Before going into greater detail, here are some definitions to help along the way.

To follow through with their goal, the authors needed to identify a chemical system that could provide acceptable yields at physiological conditions. The researchers solved this issue by screening a series of catalysts and ligands to discover ones that would provide reactivity at physiological temperature. From this screen, they determined that a palladium pre-catalyst of disodium 2-aminopyrimidine-4,6-diol would function well. This pre-catalyst is typically used for Suzuki-Mayuri cross-couplings, which are extremely important in organic chemistry due to their ability to generate carbon-carbon bonds in a wide variety of compounds. These reactions are catalyzed by palladium and require an activating group on each reactant, one of them typically a halogen, such as chlorine or bromine, and the other typically a boron or nitrogen group (Figure 1). Further optimization of the reaction conditions and reactant amounts then enabled this palladium-based cross-coupling reaction to be compatible with the organisms used, E. coli and S. coelicolor.

Next the authors needed a biological reactant that was suitable for a Pd-based cross-coupling reaction. Since microorganisms are known to produce a large variety of halogenated products, this was the route the authors took. Of these halogenated products, halogenated tryptophan is one of the most well-studied and many discovered enzymes are capable of adding a halogen group to various positions on the tryptophan scaffold. Specifically, in this work, the authors chose the enzyme PrnA, which is capable of adding a chlorine or bromine atom to tryptophan in the C7 position (Figure 2).

The authors first tested their designed system in E. coli that was engineered to express the halogenating enzyme, PrnA (Figure 2A). After showing that the production of 7-bromo-tryptophan and subsequent cross-coupling chemical modification were indeed possible in E. coli, the authors aimed to produce new-to-nature compounds, bromo-pacidamycin (3) and a novel pacidamycin derivative (3a). Pacidamycin on its own is a potent antibiotic small peptide that contains a tryptophan group. It has been reported many times previously that the addition of a halogen group increases a molecules bioactivity, which could make pacidamycin even more potent. By incorporating the gene cluster that produces pacidamycin and the 7-halo-tryptophan enzyme PrnA in conjuction with the cross-coupling reaction, the authors successfully produced compounds 3 and 3a in a living culture of S. coelicolor.

The method developed herein combines the best of both worlds from synthetic biology and synthetic chemistry to generate complex molecules with greater diversity than what can typically be accomplished by either field. By tailoring mild synthetic chemistry methods to be compatible with living systems, these researchers have made artificial biochemical reactions a reality.