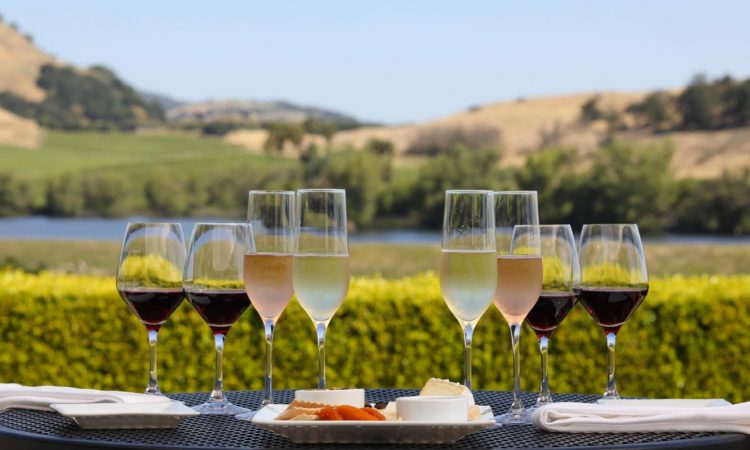 Title: An automated gas chromatographic-mass spectrometric method for the quantitative analysis of the odor-active molecules present in the vapors emanated from wine

Journal: Journal of Chromatography A

After a long day of work, who doesn’t love relaxing and unwinding with a nice glass of Sauvignon Blanc or Cabernet Sauvignon? But whether you’re sipping wines in Napa Valley or enjoying a cheap bottle a friend decided to re-gift you, have you ever thought about what exactly goes into the smells of a wine? Even if two wines look exactly the same, they can smell extremely different. Why is that?

The answer lies in what analytical scientists call the “aroma composition of the wine headspace.” Wines are fermented from fruits that produce “aroma compounds”, as the authors of the paper describe them, which provide the foundation for much of the taste and smell of wines. Headspace simply refers to the vapors that make their way from the liquid wine to your nose, creating those smells which help differentiate a Riesling from a Chardonnay. However, it is an immense analytical challenge to characterize all of those compounds which are responsible for those different smells, as they can vary depending on the type and age of the wine. These aroma compounds can also interact with different compounds in the wine itself to create even more distinct smells. So not only do scientists need to worry about the concentrations of the aroma compounds themselves, they also need to characterize the interactions between these compounds and the “aroma-binders” in the wine in order to fully understand the aroma profile of a wine. Traditional analytical techniques lack the sensitivities, limits of detection, or continuous monitoring needed to comprehensively characterize the wine’s aroma profile.

A team of scientists based in Spain developed a novel technique involving dynamic headspace analysis combined with thermal desorption and gas chromatography-mass spectrometry. In this method, unreactive nitrogen gas flows over the headspace of wine in order to drag out the volatile, gaseous aroma compounds. The flow of nitrogen ensures that the vapors coming out of the wine are extremely similar to those observed when a real human nose is smelling the wine. The vapors are then cryogenically frozen in order to ensure that none of the vapors are lost and that the flavor profiles are retained as closely as possible to what they are in reality. The vapors are then heated in a process known as a thermal desorption, where the frozen vapors reenter the gas phase. These gas phase compounds are then separated based on volatility (their boiling point) using gas chromatography and detected using electronic ionization mass spectrometry, where the compounds are fragmented into smaller compounds. The fragmentation patterns can then be used to identify which aroma compounds are present in each wine and how the aroma profiles change as a function of wine type, aging, or the time that the wine is kept in the glass during consumption.

Figure 1 shows a typical figure (or chromatogram) detailing the chemical composition and aroma profile of a wine used in this study. This one image alone reveals that this analytical technique has successfully identified over 40 wine aroma compounds in a wide range of volatilities, concentrations (from g/L to mg/L magnitudes), and polarities. Compounds with lower volatilities tend to have increased polarities (such as esters, fused alcohols, and sulfur dioxide), hence the compounds which appear later in the chromatogram are the least volatile and the most polar compounds identified in the aroma profiles. The scientists used different authentic standards of compounds typically found in wine (such as acetic acid or esters) to establish a low limit of detection and a high degree of linearity and precision in their aroma profile identifications. Figure 2: Graphs illustrating how the concentrations of four different aroma compounds vary as a function of both time and wine.

In addition to identifying aroma profiles, the scientists were able to illustrate how certain aromas decayed with time and how the profiles of the different wines changed with age. The concentrations of polar and non-volatile compounds remained constant despite the age of the wine, as shown by the plot of isobutanol in Figure 2a. Some compounds, such as aldehydes as shown in Figure 2b, evolved with time as a function of the characterized wine, a phenomenon which is most likely due to differences in the aforementioned “aroma-binders”, such as sulfites, present in each wine. Compounds such as ethyl propanoate and ethyl decanoate, in Figures 2c and 2d respectively, decay with time independent of the wine in question. This decay rate may be related to the rate of evaporation of the compound from the wine into the headspace or it may be due to the levels of metal cations that serve as “aroma-binders” for these compounds in the wine itself.

Who knew that the smell of wine was so complex? These scientists successfully illustrated that the aroma profiles of a wine can be extremely different depending on the age of the wine, the type of wine, or how long the wine remains in a glass. The concentrations of non-volatile compounds remained constant with time, while those of propanoates and decanoates rapidly decayed. These almost continuous changes in concentrations of wine headspace vapors affect the quality of the overall odor perceived by your nose. So next time you go wine tasting or bring a nice bottle of wine to a party, pay close attention to how the smell of the wine changes over time after the first pour and appreciate the evolving chemical complexity of the aromas detected by your nose!