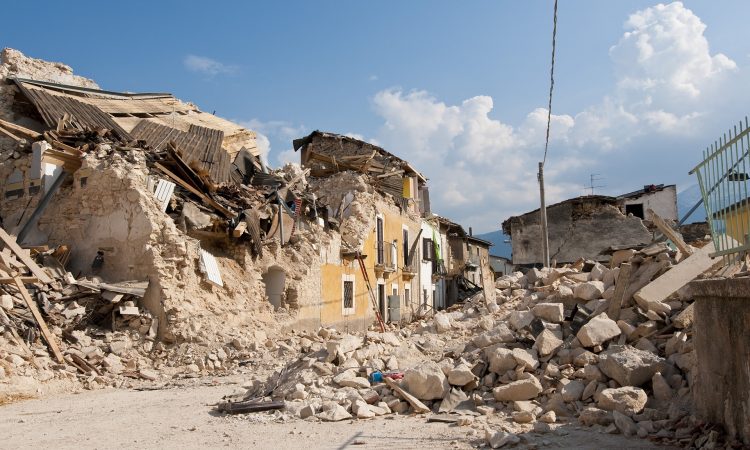 Earthquakes have caused hundreds of thousands of deaths in the past decade, with many victims becoming trapped under collapsed buildings and asphyxiating. Urban search and rescue efforts involving canines or specialized compound detection equipment are typically used to locate and save these trapped individuals, but the efforts are often extremely expensive and regrettably unsuccessful. Humans emit distinctive volatile signatures from compounds in their breath and skins, and these compound concentrations rapidly accumulate the closer one gets to a human. While there are ways to measure these compounds using selective reagent ionization time-of-flight mass spectrometry (SRI-TOF-MS) or gas chromatography-mass spectrometry (GC-MS), such techniques lack the necessary portability needed to detect disaster victims. What if there was a way to combine this analytical power with a user-friendly portable sensor package in order to assist search and rescue efforts and prevent loss of human life?

The scientists in this study constructed a new sensor package to track entrapped humans. The package consisted of three previously developed tailor-made gas sensors (Si-doped WO3, Si-doped MoO3, and Ti-doped ZnO) with high sensitivity and selectivity to acetone, ammonia, and isoprene, respectively. These three compounds are well-established chemical biomarkers for human activity. The sensor package also contained commercial carbon dioxide and relative humidity detectors. This multi-tracer detection is important because a single compound may be affected by other sources in a disaster site, such as CO2 from a fire. The resulting “molecular soup” of human emissions is a far better indicator of human presence and this novel sensor package allows the most abundant compounds to be rapidly detected and quantified.

The experimental setup is shown in Figure 1. A volunteer was placed in a plethysmographic chamber and isoprene, acetone, ammonia, carbon dioxide, and relative humidity concentrations were monitored using both the newly constructed sensor package and SRI-TOF-MS. The results from the portable sensor package were then compared to the results from SRI-TOF-MS to determine the accuracy and sensitivity of the new sensor package in measuring human emissions. Figure 1: (a) Experimental setup with a human in a chamber, (b) sensor array used to detect human emissions in the chamber, (c) a single sensor, (d) sensor diagram, and (e) a scanning electron microscopy image to show morphological features of Ti-doped ZnO.

Figure 2 shows profiles of the acetone, ammonia, isoprene, carbon dioxide, and relative humidity concentrations of the five volunteers in the study, as measured by the portable sensors, as a function of entrapment time. The combination of measurements from both human skin oils and breath were dramatically elevated compared to the background levels of these compounds, thus these tracers can be used to indicate human presence in disaster environments. The sensor package was sensitive enough to differentiate between odors detected from only skin and from the combination of skin and breath, as the concentrations of acetone and isoprene dramatically increased when both skin and breath emissions were analyzed in tandem. While each individual’s emission concentrations varied depending on his or her personal biological factors (such as different metabolic states or how long it was since an individual had eaten), this proof-of-concept study illustrated that these sensors possess incredible potential to aid disaster relief responses. Figure 2: Measurements of acetone, ammonia, isoprene, relative humidity, and carbon dioxide from the human volunteers as a function of entrapment time.

Analytical scientists must compare the measurements from a new instrument to those from an established instrument in order to establish accuracy and precision. Figure 3 cross-validates the results from the new sensors with those of the established SRT-TOF-MS technique. The linearity, as noted by the R2 value, is extremely high for the acetone, ammonia, and isoprene concentrations, indicating that the new sensor package is as accurate and precise as traditional SRI-TOF-MS without the bulkiness and fragility.

Figure 3: Correlations between compound concentrations as detected by the sensor package and by SRI-TOF-MS.

These scientists successfully demonstrated the usage of a novel portable sensor package that can detect target tracers of human presence under the ruins of collapsed buildings in a disaster environment, such as an earthquake. These sensors illustrated unprecedented compound sensitivity, selectivity, and robustness that traditional SRT-TOF-MS and previous hand-held sensor packages lack. Since human emissions of isoprene, ammonia, and carbon dioxide build up over time, this new sensor package can be implemented by first responders during real search and rescue missions. This new technology shows tremendous promise to help mitigate loss of human life in future environmental catastrophes.