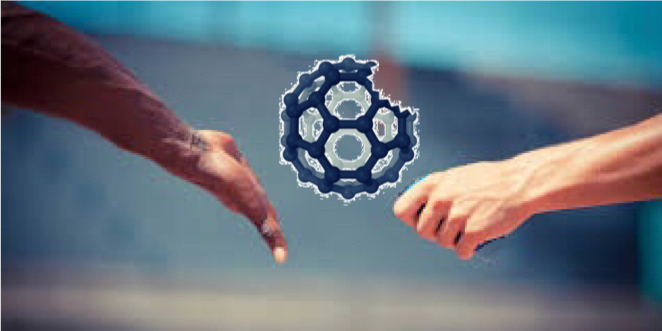 Having been the Chair of Chembites for two years, I am now glad to handover Chembites to a new chair, Kevin! As Chembites was started out as a graduate student collaborative blog, it would be best for me as a graduate to take a step back from the leading role and continue to be the support. These two years have been remarkable and I would like to share my rewarding Chembites journey in this article.

Yes, I am a science nerd and always fascinated by stories of new discoveries or innovations in science. It is this curiosity that has driven me to become a chemist. And like many chemists, I enjoy learning chemistry as much as doing experiments.

Perhaps due to classroom-based schooling, my way of learning has been heavily dependent on writing and note-taking. One day while I was reading about captivating chemistry stories on the internet, I wondered if I could be one of the writers. What if I could write about chemistry so that more people could appreciate its beauty and applications in our life?

To keep the long story short, I found Chembites – a graduate student collaborative blog which presents the latest research in Chemistry in plain language for undergraduate students. I emailed and asked whether I could be a writer, but the founder did not reply with a simple yes/no. Instead, she asked me to take over it! Due to a lack of authors, Chembites was dormant for years. Without prior experience in web managing, science writing and team formation, I was terrified. Yet, I was also excited about the opportunity to get involved in science writing. It turned out passion won over fear, and that was how I restarted Chembites.

Without any collaborators, I kicked off with myself. Picking a topic to write was not the most difficult task, for there are so many captivating research discoveries. However, writing for the broader audience is so different from writing a research paper. Not only I have to get rid of the jargons, I have to come up with relevant experience or analogies to relate to readers outside the field. Thanks to the support and suggestions from the founder and writers in Astrobites (a sister site of Chembites which features astrophysics), I have finally published my first piece of science writing!

It was never easy to start everything alone. I had therefore started a recruitment to seek graduate students having the passion to share and write about chemistry. Being shy and timid, I would have never imagined that one day I would be sending out tens of emails to universities and research institutes to recruit writers. But then passion has helped me to overcome those fears, and a small team of Chembiters has reborn!

Chembites is more than writing and posting. Each piece of writing has undergone a second pair of eyes to ensure its readability and standard. Having set up a writing schedule and peer-review process among the team, we have managed to publish one chembite per week and expand our readership. Six months later, I initiated another recruitment. I was overwhelmed by the number of applications! Thanks to the generosity of chembiters, Chembites has expanded from research summaries to posts about graduate life and some chembiters have even tried a “Ten Hundred Word Challenge”!

It has been two years since I restarted Chembites. No words could convey how unsettling yet rewarding the journey has been to me. Now, it has three posts per week, and some of our chembiters’ posts are featured by a third-party blog. With everything running on the track, I realized it would be the time for me to step back and let graduate students take charge of Chembites. After all, it is meant to be run by graduate students for graduate students! I am confident that Chembites would not only help general readers to understand exciting chemistry research but also benefit fellow chembiters to learn something new and captivating in the future!