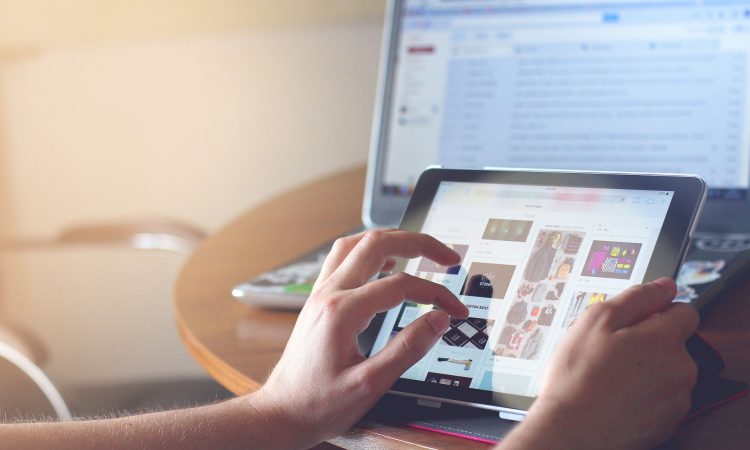 Header from Pixabay with permission.

Televisions, computers, smartphones – screens of all kinds are ubiquitous in today’s society.
But have you ever wondered how every year your screens get tinier, more efficient, and more colorful?

A film is just a thin layer of a material, so it’s very similar in behavior to what you’d see in a screen made out of quantum dots. The distance that charges can travel in the film determines in part how well a screen made out of quantum dots will work. If charges can’t travel as well through the screen, then it won’t be as efficient, because you’ll have to supply more electricity to the screen to make up for losing those charges.

Typically, the efficiency of quantum dot films for various applications has been evaluated using the second process, photoluminescence. Different sizes of quantum dots absorb different colors of light, so by illuminating a film with one color scientists can selectively excite only one size of quantum dots. The electron and hole can still dissociate, or hop to nearby quantum dots. If they hop to a different size of quantum dot, then a different color of light will be emitted. By measuring how much of each color of light is emitted, scientists can see just how far an electron or a hole can jump through the quantum dot film. If the electron and hole can jump further, the film is more efficient at transporting charges.

However, most quantum dot films contain small defects that can trap charges before they can recombine to emit light. If most of the charges are trapped, there isn’t much light being emitted by the film – so using the emitted light to make any measurements is too unreliable.

To overcome this problem, the researchers in this paper decided to study films using a technique that doesn’t rely on emission of light. This technique is called transient absorption spectroscopy. When the quantum dot films are illuminated, some light is absorbed, raising those electrons to a higher energy level. If you flip the switch of your light on and off, you’ll likely see that the same amount of light is absorbed by the film each time. But if you instead turn the light on again after a much shorter time – say, a nanosecond, or one-billionth of a second – you’ll find that much less light is absorbed by the film.

After only a nanosecond, not all of the excited electrons have had time to lose their energy and return to the ground state, so the film can’t absorb as much light. The differences in the amount of light absorbed when you first turn your light on and then turn it on again tell you just how many electrons were excited. And if you leave the light off for a nanosecond, then turn it on again, you can see how long it took a certain number of electrons to lose energy.

Using transient absorption spectroscopy, researchers looked at how many excited electrons were left in the quantum dot film at different time intervals. And because electrons that have hopped to a quantum dot with a different size also change the absorption signal, they saw just how far an electron can go before it is trapped at a defect. For the quantum dot films studied in this paper, they measured that the charges could hop as far as 300 nanometers. That may not sound like much – but it’s a record for this type of film!