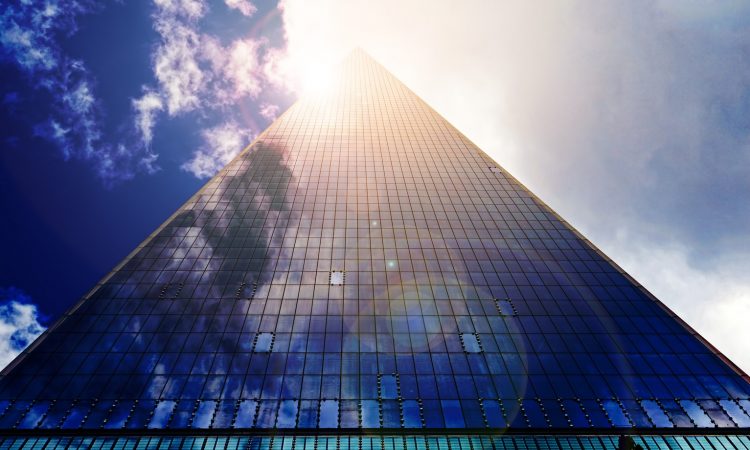 One of the problems facing solar energy is that solar panels take up a lot of surface area. Sure, they can be installed on your roof, but no one wants to cover their garden with solar panels. But scientists have been working on a new application for solar: solar windows. These would be semi-transparent devices, absorbing only in the ultraviolet and infra-red regions, so that the ambient light in your house isn’t affected. But existing materials for solar windows still don’t work very efficiently. Using a perovskite film in conjunction with an organic layer, these researchers aim to help change that, reporting a solar window with the highest efficiency combined with transparency seen to date (11% efficiency and over 50% transmittance of visible light).

Perovskite materials, which are an inorganic crystal composed of two cations and one anion, are a very promising material for solar energy conversion. Their bandgaps – which determine which wavelengths of light they absorb – can be tuned by changing the crystal structure, allowing researchers to create a device that only absorbs one region of light. Perovskites are used to make very efficient solar panels, but they’re more challenging to use in solar windows, which must be transparent.

Since there are fewer UV photons than visible photons in the solar spectrum, most solar panels absorb both higher-energy UV light and lower-energy visible light. But solar windows can’t absorb visible light, or your house would be very dark inside. That’s where organic materials (which are primarily composed of carbon) come in. They can selectively absorb lower-energy light, like infrared, while remaining transparent. To increase the amount of solar radiation that the solar window can absorb, the researchers paired an organic layer (PTB7-Th:6TIC4F) that absorbs in the infrared with a perovskite layer (FAPbBr3−xClx) that can absorb higher-energy radiation.

To test the performance of their solar window devices, the researchers constructed both the perovskite and organic layers on a sheet of glass. All solar devices include a layer to transport electrons and a layer to transport holes (the positive charge left behind by an electron): these layers bracket the perovskite/organic layer and move the charges towards metal contacts, where they can be extracted as electric current. The quality of the layers in a device is extremely important to the solar panel’s overall efficiency, since voids and other defects can interrupt charge transport and reduce the amount of electric current a device produces. The researchers used scanning electron microscopy (SEM) to take a picture of the surface of the perovskite layer at the atomic level and look for defects in the material.

After construction, the researchers illuminated the tiny solar windows with light that mimics the solar spectrum (AM 1.5), measuring the amount of electric current that each device produces per square centimeter (JSC). They also measure the open-circuit voltage (VOC) of the device, which shows the maximum amount of voltage a solar cell can produce. High currents and voltages make a device more efficient! From these measurements, the researchers found that a solar window with 11% efficiency was possible with a certain blend of the organic layer (50% PTB7-Th) – but this device wasn’t transparent enough. However, lower amounts of PTB7-Th – a component in the organic layer that absorbs visible light – allows more light to be transmitted through the solar window. The researchers tested devices including only the organic layer until they found the optimum blend, resulting in an organic-only solar window with an efficiency of 6% that let over 60% of the incident light in the visible spectrum through. When the researchers added the perovskite layer back into the device, they were able to make a device with an efficiency of 11% that transmitted over 50% of the incident light. According to the researchers, this represents the best compromise of efficiency and transparence seen in solar window devices so far.

While making complicated devices like solar panels both efficient and transparent is a difficult problem, this research demonstrates the advances that are possible by carefully engineering the device’s component materials. In buildings with lots of windows – like skyscrapers – solar windows could offer a renewable and practical source of energy.