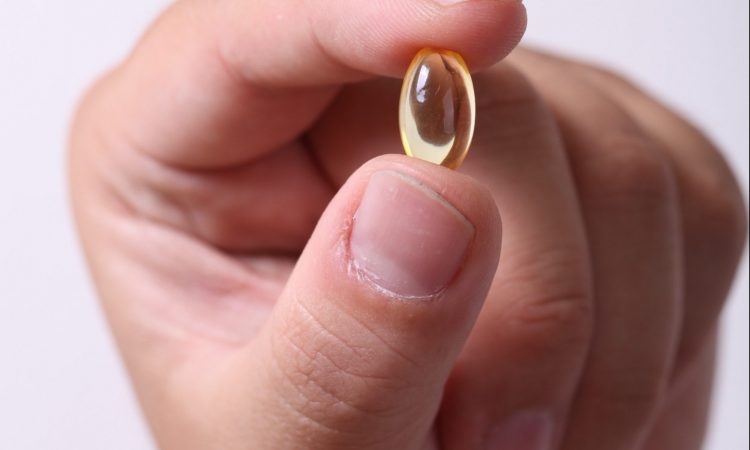 When it comes to medical issues, the timelier the initial diagnosis, the better. Patients wait an average of 29 days for a doctor’s appointment in the US, and often, the result of the first meeting is uncertainty and the phrase, “we’ll need to run some more tests.”

Now imagine if during that same visit, you complain of gastrointestinal (GI) distress: bloating, constipation, diarrhea, or abdominal pain. Instead of detailing your symptoms and receiving suggestions for over-the-counter medication, the doctor hands you a green bean. But this is no ordinary legume – the shell is packed with a paste made from carbon, oil, and a specific enzyme. Ten minutes after digestion, the patch on your arm begins receiving signals from the all-natural biosensor you just digested – giving information about various chemical levels in your gastrointestinal tract.

Twenty minutes after digestion, the doctor has enough information on their smartphone (courtesy of an app collecting the signals from your wearable patch) to say that you are suffering from elevated levels of caffeine and acetylsalicylic acid, causing your heartburn. They say drink more water and lay off the coffee and aspirin for a few days.

This scenario may not be as far off as we think – thanks to researchers like Dr. Joseph Wang at the University of California San Diego and Drs. Campuzano and Pingarrón of Compultense University in Madrid. The professors and their students partnered together to create an edible biosensor to identify cases of ischemia. Ischemia, a phenomenon where blood flow is restricted from certain tissues, typically affects electrolyte and glucose levels in your stomach. Their ingestible sensor would allow real-time monitoring of these chemical markers without loss of signal from the highly acidic and variable environment of the GI tract (Fig 1).

Montiel et al.’s biosensor relies on an enzyme reaction fueling an electrochemical sensor. The enzyme, glucose oxidase (GOx), catalyzes the reduction of oxygen to hydrogen peroxide, and the oxidation of glucose to gluconic acid (Fig 2).

Montiel et al. tested their conductive paste in vitro with representative liquid samples of the GI tract, including solvents with a pH of 1.5 (close to stomach acid) and 6.5 (close to intestinal fluid). For glucose concentrations between 2 and 10 mM, their natural biosensor obtained an impressive R2 value of 0.99 in all the GI liquid tested although overall signal strength decreased in more acidic liquids. An R2 value is a good measure of how accurate your equation is to your data, with the ideal of 1 – in this case, how well the signal obtained from the sensor matched the glucose concentration at different levels. Since glucose levels in normal GI tracts average between 4 – 11 mM, the sensor can accurately determine when large glucose shifts happen, as in cases of ischemia. Sometimes the sensor obtained quantifiable signals for concentrations even lower than 1 mM!

Additionally, Montiel et al. coated the tube with polymers that degrade in a pH-dependent manner (Fig 3). That way, the biosensor’s enzyme would be protected in different environments and read glucose levels in a controlled manner; for example, in the intestinal fluid but not the stomach acid (aka gastric fluid). Montiel et al. demonstrated their concept by coating the tube containing their homemade carbon paste with two polymers made by Eudragit® – EPO and L-100, which dissolve below pH 5 and above pH 6 respectively. The coating dissolved gradually, partially dependent on the percentage of polymer in solution (more polymer increased the time until dissolution) and dependent upon pH; EPO remained stable in the intestinal fluid (pH 6.5) and L-100 did not dissolve in the gastric fluid (pH 1.5) even after overnight incubation (Fig 4).

Their greatest achievement though was the stability of their biosensor compared to traditional screen-printed carbon paste electrodes (SPCE). These SPCEs are comprised of carbon and silver/silver chloride ink, to make the reference and conductive electrodes respectively, printed onto a stainless-steel backing. Before glucose monitoring, the scientist deposits a drop of GOx enzyme mixed with chitosan (a sugar used to immobilize the enzyme to the carbon) onto the electrode. Compared to the edible biosensor, the conventional approach requires the sample liquid to be removed from its environment –an in vitro rather than an in vivo diagnosis method.

Their results showed that the SPCE lost all analyte signal from the glucose after incubating 40 minutes in the gastric fluid (green line) while the uncoated biosensor remained active in the gastric fluid (blue line) and intestinal fluid (red line) for more than three times that length (Fig 4). With the proper coating, the results imply that the activity of the biosensor would last even longer.

Considering the FDA approved Abilify MyCite, a “smart pill” that records when the medication is taken, only two years ago, more work is needed to bring these non-invasive diagnosis methods to the healthcare system. But with an emphasis on all-natural ingredients (Dr. Wang published work in 2017 on an entirely edible biochemical sensor for the detection of chemical markers in saliva) and backed by great analytical sensitivity, there is hope for a biologically sustainable, non-invasive, timely diagnosis in our near futures.