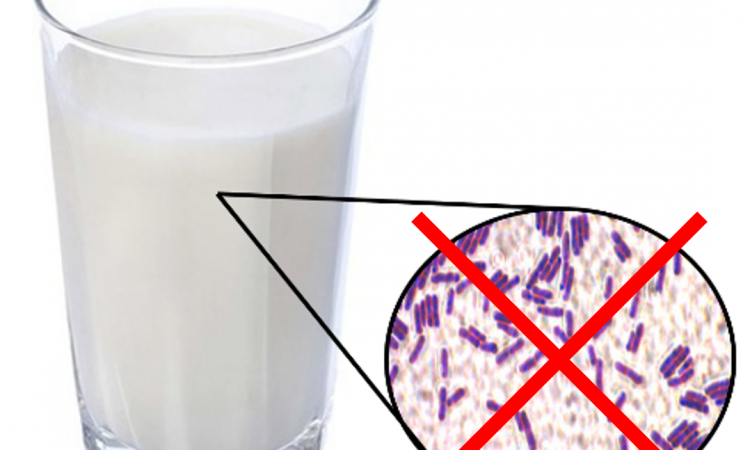 Israel leads the pack on an international scale in the dairy industry – not only in terms of milk yield per cow (the country averaged 26,389 lbs/cow in 2018 compared to the 2nd highest producer, the US, who averaged 23,149 lbs/cow), but also the advanced technology employed by their collective farms (known as Kibbutzim). Some of these practices include:

Additionally, Israeli farmers share an incredible amount of data in a huge database known as the “Israel Herd Book.” This database contains information about any registered cows (of which include 85% of all dairy cows in the country) including their health, genealogy, history, and milk yield. The combination of mobile monitoring and tracking systems, data sharing, efficient herding practices, and innovative technology explain why Israel has the highest production of high-quality cow milk in the world.

To support their industrial standing, the Israel Dairy Board funded researchers at the Hebrew University-Hadassh, the Hebrew University of Jerusalem, and the Agricultural Research Organization – Volcani Center to tackle a prevalent issue plaguing the downstream milk process – bacterial contamination on dairy equipment. Milk transport pipes, milking containers, or other industrial equipment are continuously exposed to bacteria from the environment (soil & water) and the milk itself (microbes from the cow’s teat and intestinal tract). When stagnant milk sits in the pipes, microbes contained within can form biofilms on the pipe surface.

Biofilms (Fig 1) are complexes of sticky substances, nutrients, bacterial cells, and water, that allow microbes to attach their free-floating friends to a surface and colonize it. As milk travels through the pipes, the bacteria along for the ride tether to the stainless-steel surface; most pipes are slightly rough (contain microscopic divots and uneven surfaces) and allow weak electrostatic interactions between the bacterial cell surface and the stainless steel. Then the bacteria use a hair-like appendage called a pili to attach more firmly. Over time, as more bacteria build up, some will make extracellular polymeric substances (things like mucus substances, sugars, DNA, and proteins) that forms a sticky layer over the microbial community, while others will recruit more friends and increase the microbial mass.

Biofilms protect bacteria from most physical or “shear” damage, but exposure to high enough pressure with flowing milk, and clumps of bacterial buildup can detach from the stationary mass and contaminate the liquid. Biofilms additionally corrode metal pipes by localizing oxygen closer to the stainless-steel surface, and hinder flow by increasing fluid resistance – therefore compromising the integrity of the physical barriers (pipes) and efficiency of the process (transporting liquid).

An initial solution to prevent biofilm formation might be to kill the bacteria – i.e. using an antimicrobial substance. However, biofilms significantly decrease antibiotic effectiveness by preventing the compound from reaching its target. Antibiotics could also contaminate the milk and cause harm to the consumer, or even create antibiotic resistance in the contaminating bacteria. Therefore, the scientists aimed to find a compound with anti-biofilm rather than anti-microbial properties that would not impact milk quality.

Friedlander et al. used a tripeptide product synthesized in 2014 by Maity et al., consisting of L-DOPA and two fluorinated phenylalanine amino acids. L-DOPA, known as a common precursor to several neurotransmitters like dopamine and epinephrine, adheres well to various surfaces via hydrogen or covalent bonds. Combined with fluorinated amino acids, that directly modify the stainless-steel surface and prevent physical interaction with the microbes, the tripeptide had great properties for anti-biofilm properties. Friedlander et al. first verified application of the coating to the stainless-steel material by modeling surface topography (Fig 2), then evaluated the effectiveness in biofilm prevention.

Their experimental setup consisted of: coating a section of stainless steel with the peptide solution, placing the surface in a stationary well plate, adding 3% fat milk to the well, incubating the plate at 30°C (86°F) for 18 to 66 hrs, and measuring the resultant bacterial growth per square centimeter of the stainless steel. Compared to un-coated pieces, the peptide-coated surface showed a 2-log decrease (aka 100 times less bacterial cells) in both Bacillus and Pseudomonas species at every time point. The Bacillus species decreased bacterial counts over time on the coated surface while the un-coated surface saw virtually no change (Fig 3A). In contrast, the Pseudomonas species increased bacterial counts over time, on both the coated and un-coated surfaces (Fig 3B). They derived the statistical data by staining and visualizing the bacterial cells using fluorescent microscopy; the green spots are live cells and red spots are dead cells (Fig 3C and 3D). The buildup of bacteria does indicate biofilm formation, but overall buildup was reduced in coated compared to un-coated surfaces.

The researchers also confirmed that the peptide had no effect on growth and therefore was nontoxic to bacteria. Additionally, looking at the impact to product quality, milk flowed through peptide-coated pipes had approximately the same protein levels, clotting time, and cheese curd firmness as uncoated pipes (Fig 4A-D).

However, the study evaluated anti-biofilm properties against two mesophilic microbes, Bacillus licheniformis and Pseudomonas aeruginosa. Mesophilic bacteria grow in ambient to warm temperatures (25-37°C or 77-98.6°F). However, milk is often contaminated by psychotropic bacteria (Chp. 6 of reference), microbes that originally grew at mesophilic temperatures but adapted to cold temperatures (closer to a refrigeration temp of 4-7°C or 39.2-44.6°F). This category does include bacteria in the Bacillus and Pseudomonas genera – but the scientists performed their bacterial studies in warm temperatures only (from 30°C to 37°C). Certain microorganisms have shown effective biofilm formation in cold temperatures such as Escherichia, Vibrio, Salmonella, and Pseudomonas species. Verifying the anti-biofilm coating functions well at reduced temperatures will only strengthen the applicability of their formula.

Friedlander et al. showed that coating stainless-steel materials with layers of tripeptides prevented biofilm buildup from two common milk-contaminating microbes, Bacillus lichenformis and Pseudomonas aeruginosa. Increasing application layers – by depositing the material once, drying, and then dipping into the tripeptide solution again – could increase inhibition. Regardless, commercializing an anti-biofilm product like this will reduce the prevalence of bacterial contamination – and push Israel’s dairy industry to greater heights.