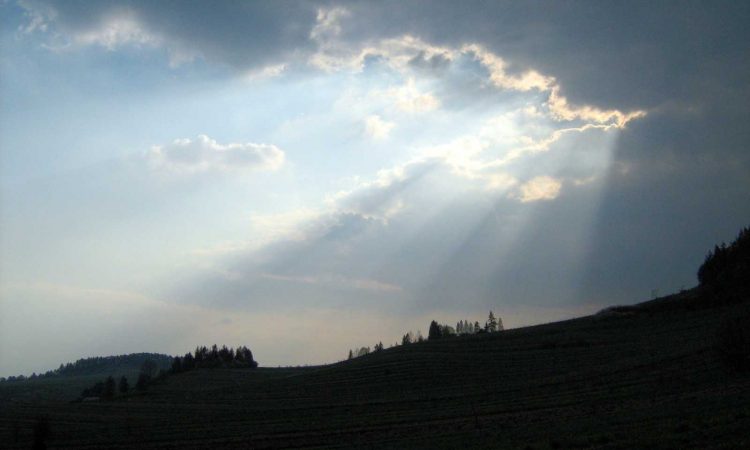 When most people hear the words “greenhouse effect,” it probably conjures images of a heating planet, burning fossil fuels, and highway full of cars pumping out exhaust. But the greenhouse effect, where the heat of the Sun is trapped and temperatures rise, itself isn’t always a bad thing. In fact, researchers have recently developed a way to harness this powerful phenomenon to solve a problem with one of climate change’s solutions: solar energy.

The Earth is constantly receiving a huge amount of energy every second of the day from the Sun, in the form of different wavelengths of light. We can harness this energy in many ways, such as the familiar photovoltaic panels, which turn solar energy into electrical energy. But sunlight can be used in an even more direct way, as heat. This is known as solar thermal energy. Anyone who has received a sunburn can tell you that when a surface absorbs sunlight, it heats up. With careful engineering, this heat can be used for producing steam, heating water, and other uses. But sunlight shining directly on a surface can’t typically heat it enough to be useful for these applications, so these researchers have used a material known as an aerogel to trap this heat.

Aerogel is a unique material, made when the liquid inside of a gel is replaced with gas, leading to an ultralight network of solid strands with nano-sized air pockets (Figure 1A). One of its most incredible properties is how little heat it transfers; you can put a piece of chocolate on top of a thin slice of aerogel and heat the bottom with a torch, and the chocolate won’t melt (Figure 1B)! To see this for yourself and for more information about how aerogel is made, check out this video from the YouTube channel Veritasium.

Because aerogel doesn’t transfer heat much at all, it makes a perfect material for the greenhouse effect. When placed on top of a black surface (which acts as something called a “blackbody”), it keeps the heat from radiating away, making the temperature rise (Figure 2A). Also, because it is a solid material, it prevents air flow (like wind) from cooling the surface through convection. However, normal aerogel doesn’t let much light through, making it look cloudy and slightly blue. If the researchers used this in the device they were designing, not enough light would reach the adsorbing layer to heat it up. To solve this, the scientists controlled specific steps of the complicated aerogel synthesis process, changing the ratio of precursor chemicals, reaction rates, and surface treatments among others. This resulted in aerogel that was a clear as glass, and let sunlight shine through it (Figure 2B). After testing the adsorption profile of the aerogel and trying many different configurations with different thicknesses of aerogel, the researchers built a proof-of-concept device and put it outside in sunlight to test it (Figure 3A). On a cold January day when the average temperature was below freezing, the device was exposed for two hours (from 11:00 AM to 1:00 PM). After 15 minutes, the absorber was already hot enough to boil water, rising to over 200 °C in just 45 minutes (Figure 3B). Eventually, it leveled out at the temperature where the device was losing as much heat as it adsorbed (which the researchers called its “stagnation temperature”), staying that temperature despite clouds covering the Sun later in the time period.

The researchers continued to explore how the device could be improved and what factors determined its efficiency. The most exciting factor of the device is its ability to function with regular sunlight alone. Most other solar thermal energy devices need “concentrated sunlight,” where many mirrors direct the light to a single point. This mixture of space-age materials and modern environmental science may have found a way to harness the “evil” greenhouse effect for good.