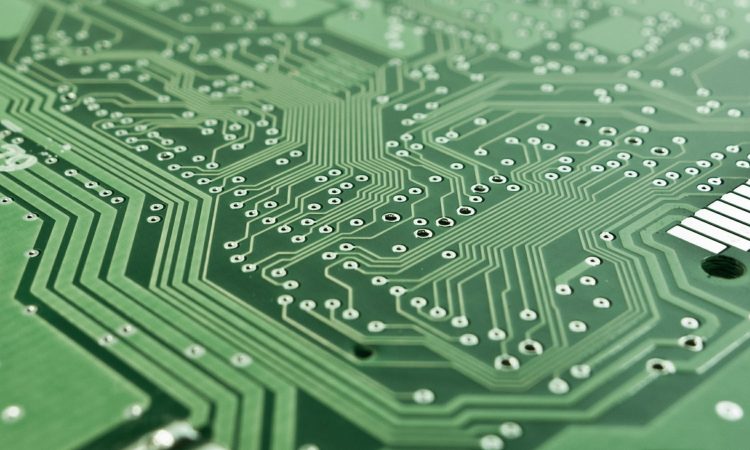 Researchers at Yonsei University in South Korea have developed a new material that represents a leap in flexible electronics. It can be incorporated into materials ranging from smart clothing to bendable screens. By combining polymer chemistry with liquid metal particles, the circuits formed are not only flexible, but also easily “rewritable,” letting the circuit be erased and redrawn in a matter of minutes.

The material is mainly made of a hydrogel, a network of hydrophilic (“water-loving”) polymer that can absorb huge amounts of water. Specifically, the researchers used the polymer poly(ethylene glycol) diacrylate (PEGDA), which can be made into a solid hydrogel by adding a photoinitiator, which reacts when exposed to UV light to cross-link different polymer chains to each other. However, this polymer isn’t conductive by itself, so another material had to be incorporated: liquid metal.

The liquid metal most people are probably most familiar with is mercury, which is one of only two pure elements that are liquid at room temperature (the other is bromine). But liquid metals can also be formed as alloys, or mixtures of two or more metals. To form the liquid metal, the researchers incorporated gallium and indium, producing an alloy with a melting temperature lower than both pure metals used to make it. This type of alloy is known as a “eutectic alloy,” so the authors referred to their mixture as “eutectic gallium-indium liquid metal” (EGaIn).

Since the liquid metal particles are surrounded by the hydrogel, they are unable to conduct electricity across the surface. To create conductive lines, the researchers simply drew on the surface with a small metal rod (like a writing on paper with a pen), leaving a line visible on the surface (Figure 1A). The friction of this process broke the hydrogel material separating the liquid metal particles, letting them touch each other, forming a continuous line of liquid metal (Figure 1B). This line allowed electricity to flow through it, meaning that simple circuits could easily be drawn and used to light up LEDs (Figure 1C).

To erase the conductive line, the material was simply sprayed with water, which was quickly absorbed into the hydrogel material. As this happened, the hydrogel started to swell at the surface, breaking up the continuous line of liquid metal into individual particles again (Figure 2A). As the extra water dried, the surface again became a series of liquid metal particles surrounded completely by hydrogel, making the conductive line completely disappear and the surface stop conducting electricity (seen as the electrical resistance increasing) (Figure 2B). The same sheet of material could be written on and erased over and over, without changing either how non-conductive the plain surface was or how conductive the written line was (Figure 2C).

To show how this type of rewritable conductive surface could be used, the researchers built a simple test device. A grid of LEDs was placed over the surface of the gel, with selective lines being drawn to connect only certain lights in a completed circuit. This way, specific letters could be written and displayed using the same sheet of material (Figure 3A). They also showed how flexible the material is by selectively cross-linking a section of material to form a long spiral, which conducted electricity even as it was stretched open like a spring (Figure 3B).

Although this new material is still far from being implemented into real-world devices, its reusability and variability can open doors to many different potential applications.