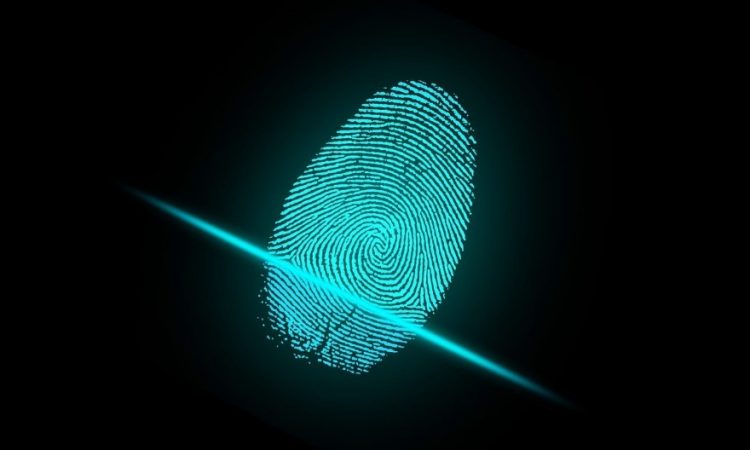 Fingerprint scanners have become a universal security measure in our daily lives, from our phones to police records. It turns out our fingerprints really aren’t as secure as we’d like to believe. Think about it: your fingerprints are everywhere; how hard would it be for someone really invested to nab that fingerprint for access to your phone?

Not to sound too apocalyptic, but in a world where security is increasingly important, scientists must come up with innovative ways to improve biometric security. Even in 2019, traditional fingerprint records are taken with ink on paper, which can be easily photocopied and temporarily mark the user with an inked thumb. This method is still used in areas of high-security importance, such as police and military records. An ideal method would be physical (and thus cannot be hacked), difficult to copy, and leave no mark on the user.

A new study in Analytical Chemistry details a new type of quantum dot-based “invisible ink” paper which, when touched with a bare finger, shows no mark unless viewed under ultraviolet (UV) light, often known as black light.

The paper takes advantage of an interaction between carbon quantum dots, the element Europium, and the natural phosphate secreted from our skin. Carbon quantum dots naturally fluoresce (or glow under UV light), emitting a blue color (Figure 1). In the presence of Europium, however, the combination fluoresces as pink, in a process called Dexter energy transfer.

The key ingredient here is phosphate, which is present in large amounts in human sweat. Anything you touch will transfer a small amount of sweat from the pores in your skin to the surface and can serve as a natural “ink” if we use the right chemistry. Phosphate has a strong interaction with Europium, which overtakes any interaction with the carbon quantum dots. So, in the presence of Europium and phosphate, the solution fluoresces blue again.

To create a paper out of this concoction, the researchers used a common method to create structured polymers called electrospinning. The polymer materials (in this case polyvinyl alcohol, which is commonly used in papermaking) and the carbon quantum dot/Europium were mixed in a syringe. When a high voltage is applied to the end of the syringe, a string of polymer will emerge while any liquid evaporates away. The process is vaguely like shooting silly string but in a controlled and boring way. The result is a paper that has the quantum dot/Europium embedded within.

This paper left alone will fluoresce pink under UV light. When the paper is touched with a finger, phosphate will be left behind in the pattern of the fingerprint exactly the way ink would. Without UV light, it looks like a plain white sheet of paper, but under UV light, the touched areas will then fluoresce blue (Figure 2). The fingerprint remained for more than 45 days in testing (and perhaps longer, though they stopped the experiment there).

This technology could be immensely useful for secure, physical recordkeeping of biometric information, but Europium is a rare and expensive element, making it inaccessible at this stage. These researchers importantly studied the mechanism of the interaction in addition to developing the paper, which will hopefully lead to more innovations in the future. Biometric security is a looming problem as biology intersects with technology more and more. While these secure measures are evolving, stay skeptical of where your biometric data is going – unlike a PIN or password, you can’t change it.