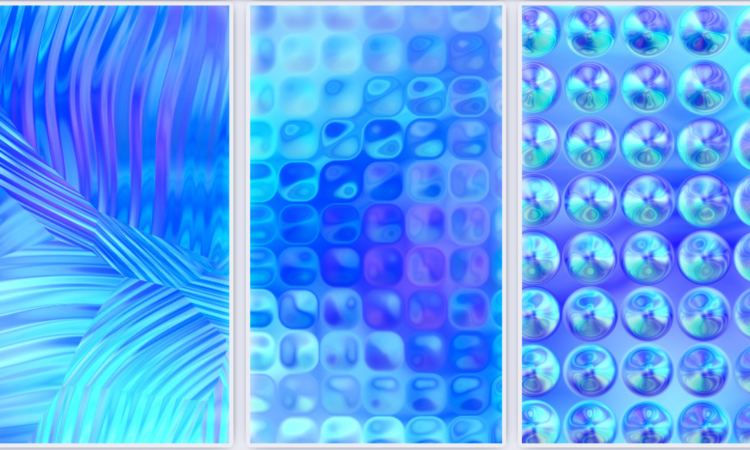 How much do you know about water, really? Despite how commonplace it is in our lives, we still have a lot to learn about its properties and how they can be utilized for some interesting applications. For example, we tend to take it for granted that water crystallizes and expands when it freezes. But if water is frozen quickly enough, and to a low enough temperature, scientists can make what is called amorphous water ice, or “glassy water,” which is a semi-solid state of water that lacks crystalline structure. Glassy water is actually the more predominant form of water in the universe; we can detect its unique spectroscopic signatures in interstellar dust and comets, and it may play a role in the formation of planets. Closer to home, however, several living organisms have devised cell structures that take advantage of the properties of glassy water to survive extremely cold temperatures which would otherwise cause cell rupture and death.  Here, we look at the recent discoveries of group of researchers in Zurich, Switzerland who have devised new ways of studying and controlling the crystallization of water.

One way to control the properties of water is to physically confine it; if you put water molecules in a small enough space, then there simply isn’t enough room for crystalline structures to form. Achieving the nanometer-size scales necessary for these studies has been most commonly achieved by imitating biological cell membrane structures, specifically those composed of monoacylglycerols: molecules with a polar glycerol head attached to a nonpolar lipid tail. In solution, such lipids will self-assemble into various possible forms—called “phases”—depending on various conditions such as the polarity of the solution, the chemical structure of the glyceride, and the thermal energy available. Common phases include lamellar (planar layered membranes), hexagonal (cylindrical structures), micellar (spherical structures), and, of particular interest, cubic (Figure 1). Cubic phases are proposed to be intermediate structures between lamellar and hexagonal; they consist of curved bilayers that create a porous structure that results in a large surface area and high stability under excess water conditions, among other desirable properties. However, studies so far have been limited to room temperature, because at colder temperatures monoacylglycerols lose their ability to form diverse phases, forming only certain types of liquid crystalline lamellar phases incapable of preventing crystalline ice formation.

Salvati Manni et. al. have solved this problem by taking inspiration from nature: specifically by looking at the chemical structure of cell membranes in certain cold-shock resistant bacteria. The glycerides in these membranes often contain cyclopropyl function groups attached to their lipid chains, and so the researchers attempted to take one of their monoacylglycerols and replace the double bond in the middle of its fatty acid chain with a cyclopropyl group. Sure enough, this new glyceride was able to maintain a stable cubic phase as low as 4°C, a temperature at which other monoacylglycerols can only be found in crystallized lamellar form. After this initial success, the researchers made an entire library of customized lipids to study the effects of the lipidic tail rigidity, which depends on the quantity and position of the cyclopropyl group(s) as well as the carbon chain length.

The phase behavior of a careful selection of lipidic tail variations was studied using differential scanning calorimetry to determine thermal behavior, in addition to a variety of spectroscopic techniques to help determine the presence of different lipid and water phases. Interestingly, at the same level of confinement, the formation of crystalline ice occurred at drastically different temperatures for different lipids, in particular one called dicyclopropylmonolinolein (DCPML). Therefore, the unique liquid-crystalline behavior of each lipid variation has the power to affect water crystallization as much as the confinement itself. With the most successful combinations of lipidic tail and phase properties, the researchers were able to maintain liquid water as low as -10°C, and glassy water as low as -263°C, even under slow cooling conditions!

Overall, these results from Salvati Manni et. al. provide the groundwork for a new range of possible chemical architectures for controlling the properties of water below the usual freezing point. Such discoveries may enable more effective preservation and study of sensitive biomolecules and tissues, in addition to a greater fundamental understanding of one of life’s most essential substances.