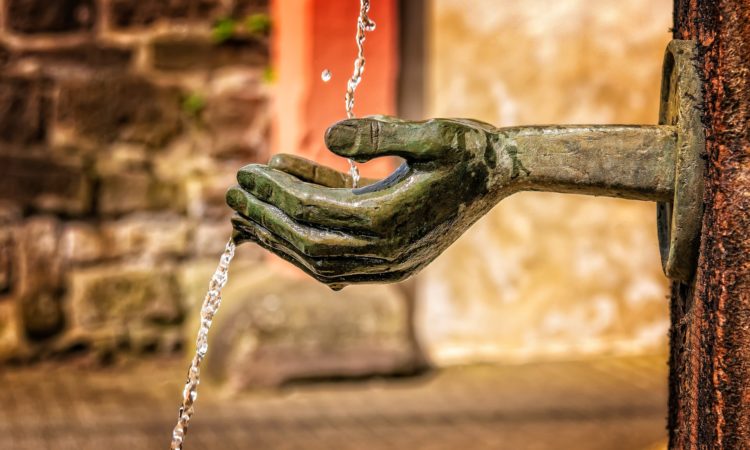 Many communities living in drought are completely reliant on the next rainfall for relief. As the effects of climate change worsen, droughts in dry areas are becoming more frequent and severe. Researchers from the Massachusetts Institute of Technology are now looking at how water could be harvested from the atmosphere, meaning drought-stricken areas in the future won’t be completely reliant on the whims of the weather for their water.

The structures that are most commonly used to capture water from the atmosphere are called metal-organic frameworks (MOFs). These are 3-dimensional structures that are typically built with metal ions acting as the corners in the structure, and organic molecules forming roughly linear links between the metal ions. The metal ions and organic links continue to build out in a repeating pattern, creating large crystalline frameworks. Importantly, these metal-organic frameworks are often very porous, meaning there is space within the structure to capture and hold small molecules, such as water. The properties of MOFs are also highly adjustable, as a wide variety of metal ions and organic molecules can be combined to create structures with different properties, such as different pore sizes or surface area.

In order for rain to fall, relative humidity needs to approach 100%, which may only occur rarely in regions prone to droughts. However, the new MOFs developed by Dincă and co-workers can capture water at a relative humidity of less than 25%. MOFs capture water through a process called adsorption, which means water adheres to its solid surface. After water molecules adhere to the surface of the MOF, additional water molecules add to that first layer to fill the pore. The water captured can then be released by desorption, which is triggered by heating. The cycle can be repeated to continue to harvest water from the atmosphere.

Recently, Dincă and co-workers reported a MOF using cobalt atoms as the metal, which captured record volumes of water at low humidity. In this work, they have swapped out the cobalt for nickel (Ni). As nickel is less reactive than cobalt, the structure was much more stable compared to the cobalt analogue, and, as seen below, showed almost no change in water capacity across 400 cycles. Impressively, the Ni-MOFs described here can hold upwards of 0.6 mL of water per gram of material.

Another property the researchers altered was the anion in the organic linkage. Four different nickel- containing MOFs were synthesised, with fluoride, chloride, bromide, or hydroxide anions. The anion used alters both the size of the pore, and how much the pores attract water. Fluoride and hydroxide are very hydrophilic, meaning they attract water. Bromide is less hydrophilic, but shrunk the pore size, as bromide is much larger than the other anions.

Everybody is entitled to clean drinking water, and one of the United Nations’ Sustainable Development goals is to deliver safe and affordable drinking water to everyone by 2030. Along with other technologies, these MOFs could be used to improve access to fresh water. Some arid locations already use atmospheric water harvesters to provide drinking water, which benefits women in particular in developing countries since they no longer have to travel to collect water. Water collected from the atmosphere is even used to make beer. However, current large-scale projects mostly rely on catching fog that comes off the ocean in places such as Northern Chile. The ability to capture water from the atmosphere at low relative humidity means that some of the driest places in the world that don’t have regular rainfall or fog can also benefit from the ability to harvest water from the air.