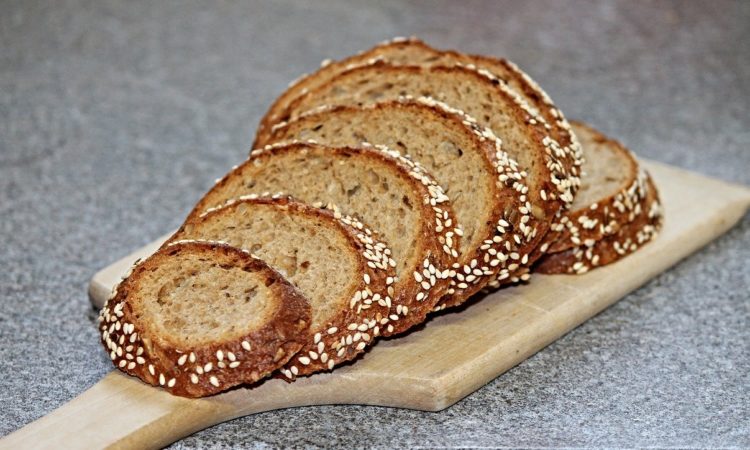 With the quarantine life that comes with Covid-19, many have been on pandemic baking binges, as Food & Wine calls them, to master the ultimate baking pleasure: bread. So many are baking, in fact, that yeast and flour are in significantly short supply in the US. But what makes an excellent bread loaf? Is it a crusty outer layer? A fantastically fluffy, irresistibly tear-able and perfectly chewy interior? Now that you’re drooling slightly and looking up bread recipes, why not try making a homemade whole wheat loaf?

Though whole wheat is one of the most nutritious breads out there, it doesn’t get as much love as a sourdough or French baguette. Some research says it has to do with the smell of ferulic acid that deters potential consumers, while other studies show that buyers think the bread just looks, well, not as tasty. But Dr. Weibiao Zhou and his lab at the National University of Singapore in conjunction with Beijing’s COFCO Nutrition and Health Research Institute took a deeper look at the whole wheat loaf. Zhou and his graduate students analyzed how the particle size of whole grain wheat flour, whether fine, course or in-between, had a significant affect on various properties of the loaf, like crumb structure and texture (Great British Baking Show vibes, anyone?).

The authors Lin et al. first determined the microscopic particle sizes of the fine, medium and course ground whole grain. In comparison to the refined wheat flour (RWF) they used as a control, which lacks the bran and germ contained from the wheat plant, whole grain flour contained particles much larger than RWF, even when finely ground. The coarse grain averaged 1-millimeter particles (the thickness of a dime) while the fine grain averaged approximately 200 microns (about half the size of a grain of sand). Particle size seemed to be the main determinant influencing the dough’s mechanical properties such as elasticity and strength.

After mixing, the first step of making bread is to “prove” your dough, which allows the yeast to ferment and create the gaseous carbon dioxide that raises the dough. This rise is critical for the bread’s success, and so the dough must be elastic enough to expand with the gas bubbles but also strong enough to retain its shape. A bread’s strength originates with the network structure of its gluten; glutenin and gliadin, two proteins found in flour, bind to each other and form gluten when hydrated with water. The more gluten formed and the better the quality, the stronger the dough. The whole wheat loaves overall produced stronger and less elastic dough than the RWF control. Interestingly, the finely ground whole wheat flour resulted in the strongest dough, with the greatest resistance to mechanical damage and an increased gas retention capability compared to other whole wheat doughs and control.

After our hands are done manipulating the dough, one of the ultimate judges – that decides how well our baking creations turned out – is texture. Lin et al. evaluated the chewiness and hardness of their whole wheat concoctions, determining that more finely ground whole wheat flour produced airier, softer breads with good height and porous crumb structure (Fig 1). The fine ground loaf also had the thinnest cell wall and largest cell size, which explains the more open texture of the loaves, the authors stated. Coarse whole wheat grains produced a denser crumb structure with the thickest cell walls, smallest cell size and hardest crust (measured at 16.2 Newtons, or the weight of 16 Snickers bars pushing down on your hand). Notably the mouthfeel of the bread (oh, to have that job) was correlated with cell size and morphology; the thinner cell walls produced a “softer and more elastic texture than the coarser, thicker walled structure.”

The scientists then looked at how much starch one can digest from the whole wheat breads of various particle sizes using a three-phrase oral-gastro-intestinal in vitro starch digestion experiment. They added pieces of bread sequentially to enzyme-fluid mixtures representing saliva, stomach acid and intestinal fluid. These representative fluids contained starch-degrading enzymes like α-amylase and amyloglucosidase and protein-degrading enzymes like pepsin and trypsin. As starch is a long carbohydrate chain made up of glucose sugars, the scientists could determine the rate of starch digestion by monitoring the increase in sugar concentration over time. They found that the rate of digestion for coarse and medium grain whole wheat loaves was lower than the standard white loaf, but the finely ground whole wheat loaf was digested slightly faster than the control (Fig 2A).

However, when comparing three bread bolus samples, or digested morsels, each with different particle sizes (Fig 2B), Lin et al. found inconsistent results. There was no significant difference in total sugar concentration (Fig 2C, where C∞ is total glucose concentration) or rate of digestion (Fig 2D, where k is the rate of digestion) between the three bolus samples. The team expected the black, blue and white bars in Fig 2C and 2D, representing bolus F1, F2 and F3 respectively, to have different digestion rates. This is because each bolus had different surface area, and therefore the area of interaction between digestion enzymes and the starch molecules are markedly different. Lin et al. mentioned that this was a phenomenon seen with other grain-based products like pasta and rice. Compared to the microstructures of the former grain-based foods, the authors noted, breads are more porous and open, creating a more consistent area of interaction between enzymes and starch that could explain the discrepancy.

Overall, Zhou and his team probed the inner workings on the whole wheat loaf, characterizing the effect of flour particle sizes on various bread properties. Their results showed that to produce the most aesthetically pleasing whole wheat bread, using finely ground flour gives the desirable airy, open crumb structure, good height and most pleasing mouthfeel of their three options. Their research may have a profound impact to how whole wheat breads are baked – potentially resulting in flavorful baking creations that would make even Paul Hollywood proud.