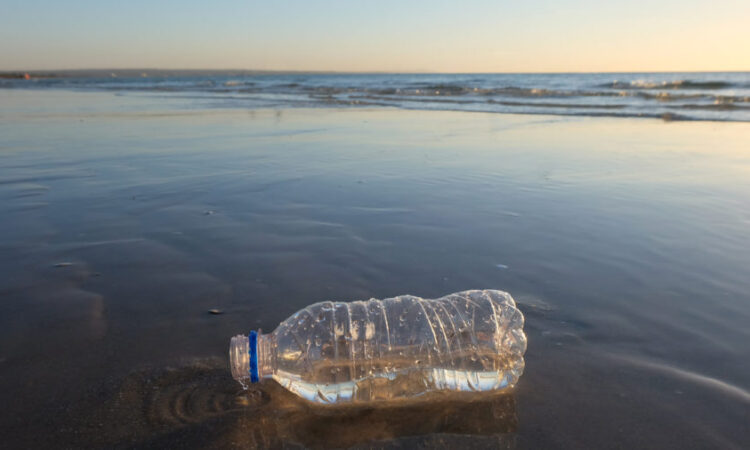 Two main classes of plastics are thermoplastics (meltable plastics) and thermosets (non-meltable plastics). Traditional plastic recycling takes advantage of this property of thermoplastics by melting used plastic to form new parts. While there are systemic problems with ensuring effective thermoplastic recycling, the technology is sufficiently developed. Thermoset recycling is a more challenging problem. Plastics, which are essentially synonymous to polymers, are made through the reaction of much smaller repeating constituents called monomers. When more than one type of repeating constituent is used the macromolecule is called a copolymer and the pieces are called comonomers. Researchers have recently established a feasible solution to the problem of thermoset recycling through degradation of specific comonomers.

The problem is like untying a knot in a piece of rope — if we figure out how to easily untie it, we can reuse the rope and if we cannot we have to throw the rope away. The key to solving this problem is in the location of the cleavable bonds. To determine where the best cleavable linkage should be researchers from MIT tested if a cleavable group in the polymer backbone or the crosslink lead to better degradation (Figure 1). The cleavable silyl ether groups that were used in these two respective schemes were iPrSi (added to the backbone) and SiXL (added to the crosslink). While the notation is a little confusing for the silyl ether groups, the structures are very similar. In both cases, the silicon atom is attached to two isopropyl groups (denoted by iPr) and two oxygen atoms. The polymer under investigation was polydicyclopentadiene (pDCPD); a plastic used on body panels for heavy equipment and vehicles.

While it is very encouraging that low iPrSi loading results in total degradation, the work of the authors was not over yet. Since they altered the polymer network through the addition of cleavable sites, they wanted to study how that affects the performance of the degradable pDCPD. The researchers tested the plastics Young’s modulus (how easily the material is to stretch), elongation at break (ratio of the increased length of a material when stretched to breaking point to initial length), glass transition temperature (temperature at which the polymer changes from rigid to flexible), and coefficient of restitution (ratio of rebound velocity to impact velocity, a measure of ballistic impact resistance). Samples with iPrSi doped at 10 and 20% vol. performed well across the main performance metrics besides a moderate dip in the glass transition temperature from 166 °C to 138 °C . This decrease in the glass transition means the doped polymer will lose it rigidity sooner when heated but functionally this deviation is not important because pDCPD is primarily used at ambient temperature.

One of the most glaring problems with plastics is their accumulation in the ocean. Increasing the degradability of plastics could be one way to minimize their environmental impact on our world’s oceans. Keeping this in mind, the authors probed the degradability of pDCPD in an aqueous environment. They explored a different cleavable comonomer by doping pDCPD with EtSi (two ethyl groups and two oxygens attached to the silicon atom) which tuned its degradability to work in a mixture of aqueous and organic acid conditions (Figure 1). The researchers then compared the photochemical degradability of EtSi-doped, iPrSi-doped and native pDCPD in seawater. As hypothesized the EtSi-doped sample outperformed the other two based on degradability alone. This is a promising first step to tackle ocean plastic pollution. More broadly, the tunability of the comonomer has implications not just for plastic pollution but for recycling, performance, and cost of thermoset plastics. While there is still much more work to be done around thermoset recycling, the future looks bright.