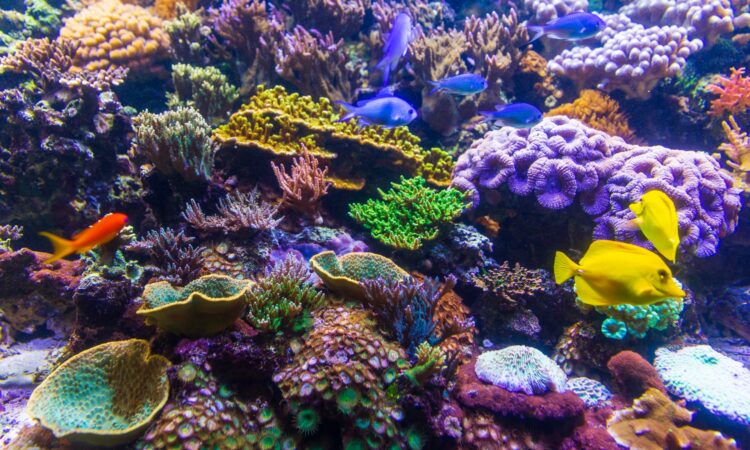 Most people would probably agree that plastics plus the ocean equals bad news. A few years ago everyone was up in arms about turtles choking on plastic straws, and personally I’ll never forget all of the video clips shown to me in elementary school of dead sea life with six pack rings wrapped around their necks. But the picture that most people think of when thinking about plastics polluting the ocean is on the macro scale – the aforementioned straws and six pack rings. Equally as deadly, and much harder to see, are what scientists call microplastics.

A microplastic is any piece of plastic that’s less than 5 millimeters in length. You probably come into contact with microplastics dozens if not hundreds of times a day. Glitter is a common one, but there are likely microplastics in many cosmetics, like the microbeads that you can find in anything from face wash to body scrub to your tube of toothpaste. And although plastic famously does not degrade, the large pieces of plastic mentioned in the first paragraph can be worn down and eroded into microplastics. For such a small thing, microplastics are a huge problem.

The real dangers of microplastics are shown when they get to the ocean – and get to the ocean they do, since they are too small to be filtered out by wastewater treatment plants. Coral reefs, those vibrant underwater forests that are home to many important fish species and protect our coasts against erosion, are hard hit by the effect of microplastics. This paper by Jiang et al sought to investigate the short- and long-term effects of microplastic exposure on coral species. This is by no means the first paper on the effects that microplastics have on coral reefs, as it has been a subject of intense focus since at least 2015. However, the authors of this paper wanted to specifically compare the effects of different kinds of microplastics on coral species, and they studied the exposure over the short-term and the long-term.

The three microplastics that the researchers used in this study were polyvinyl chloride, abbreviated as PVC, polyethylene, abbreviated as PE, and poly(methyl methacrylate), abbreviated as PMMA. The coral species Protopalythoa sp., commonly known as button polyps, was used as a model species of coral for the experiment. The microplastics adhered to the tentacles of the button polyps and caused them shrink, fade in color, and produce mucus. And the microplastics did not just adhere to the outside of the button polyps but were also ingested by the coral, causing the coral to lose a symbiotic algae species inside of it that is important for healthy coral function. Although over the short term the PMMA did not cause this loss of the symbiotic algae species in the same way that the PE and PVC exposure did, over the long term all three microplastics had the same algae-loss effect.

Ellis is a senior undergraduate chemistry student at Bryn Mawr College. They are passionate about chemistry, science communication, and really good books.