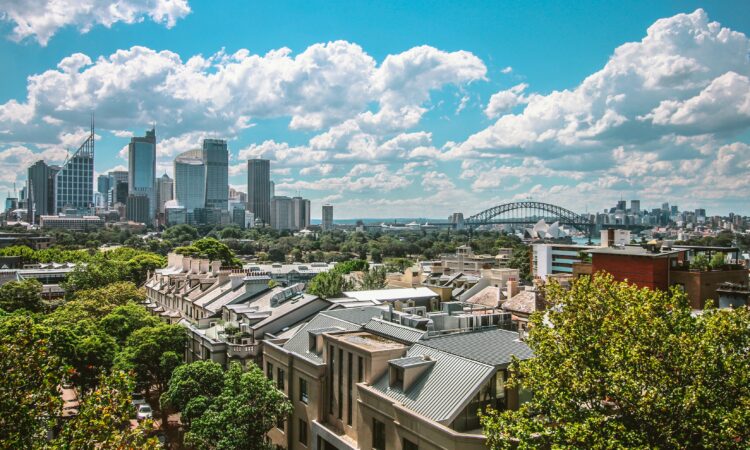 When a molecule finds itself in the atmosphere, perhaps after it was released in the exhaust from a car or was emitted from the leaf of a plant, it will begin to react with other molecules in the air. This mixture of chemicals and the products they form can impact on our health as well as the climate. Since our atmosphere is oxidising, atmospheric reactions usually involve the introduction of oxygen atoms into the molecule’s structure. It’s not uncommon for scientists studying the chemistry of the atmosphere to find an abundance of alcohols, compounds containing an “OH” group. Similarly, another oxygen atom can be added to the group to form hydroperoxides, “OOH”. The “OOH” group in these hydroperoxide compounds is more reactive than the “OH” groups, and the breaking of the oxygen-oxygen bond produces reactive compounds.

Adding another oxygen to this growing chain produces “OOOH” compounds, known as hydrotrioxides. These have been used in synthetic chemistry as a strong oxidising agent for decades. Decomposition of the OOOH group provides a reactive form of oxygen that can be harnessed for chemical reactions. However, the hydrotrioxide group is thermally unstable, so these reactions are usually carried out at very low temperatures. Hydrotrioxides have been theorised to be present in the atmosphere but have not been observed directly before now. In their recently published work, Berndt et al. show measurements of several different hydrotrioxides in air designed to recreate atmospheric conditions. They illustrate that these hydrotrioxides can form from a range of commonly studied hydrocarbons. They also estimated that these compounds could last for minutes to hours in the atmosphere before going on to react further, this is comparable to the lifetimes of many other pollutants found in air. These longer-lived hydrotrioxides can therefore participate in a range of chemical reactions that impact the air we breathe as well as being able to be transported from place to place by the movement of air.

Hydrotrioxides form in the atmosphere from the reaction of two radical species. The first is called a peroxy radical. This is an organic compound containing two bound oxygen atoms, one of which contains an unpaired electron. If hydroperoxides are “OOH” compounds, then peroxy radicals are “OO” compounds. The second reactant in the formation of hydrotrioxides is the OH radical. This radical is often referred to as the atmosphere’s cleanser due to its fast reactions with pollutants that ultimately remove them from the atmosphere, albeit sometimes via less than harmless products and byproducts. When the OH radical meets a peroxy radical, they come together to form an electronically excited hydrotrioxide. This excited state molecule can then break apart or transfer its excess energy to a third molecule to produce the lower energy “thermalised OOOH”. This thermalised OOOH is the form that sticks around for long enough to be measured.

The use of hydrotrioxides as powerful oxidants in synthetic chemistry has led the authors to speculate that they could perform the same role in the atmosphere. This may be important for our understanding of the chemistry of atmospheric particles that have wide-reaching impacts on human health as well as climate. Additionally, the authors note the potential for these reactive compounds in the air we breathe to directly impact human health through their interactions with lung cells. By demonstrating the ability to measure hydrotrioxides in the gas phase the door has been opened to further research into their impact on the atmosphere all over the world.

I am a PhD student at the Wolfson Atmospheric Chemistry Laboratories (WACL) at the University of York. My work focuses on studying the reactions of organic compounds in the atmosphere, specifically investigating a compound called isoprene which is very abundant in the atmosphere and is predominantly emitted by trees.