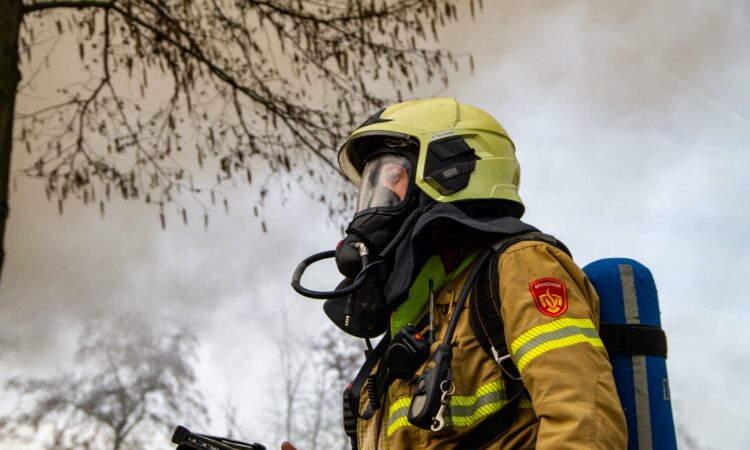 At least 40 civilians, including children, suffocated in the streets of the Syrian city of Douma in April 2018, victims of a chemical attack. Despite regulations and bans on their use, chemical warfare agents (CWAs) remain a threat to political stability and human health. Exposure to CWAs can cause blood poisoning and chronic lung damage. CWAs can also harm the environment through acid rain and ozone depletion, which in turn affects humans. It’s important to find quick, sensitive ways to identify CWAs after they are released. In June 2022, a research team from the Czech Republic University of Defense developed a non-toxic, inexpensive, and user-friendly method to extract and detect nitrogen mustards (Figure 1) – a carcinogenic CWA that causes blistering for days to weeks – from sand.1

For sensitive CWA measurements in the field, militaries need to optimize their detection techniques. Mobile military research labs typically use analytical chemistry techniques to identify CWAs. Typically liquid chromatography-mass spectrometry is used, but the equipment is expensive and sensitive to vibrations, which isn’t ideal for a field environment. More recently, gas chromatography-mass spectrometry (GC-MS), which evaporates liquid samples to detect compounds in the gas phase, has been used for CWA detection since it can handle tremors and is easy to transport.

But the method is more than simply collecting CWAs in a container and tossing them into a GC. Scientists have to look for places where CWAs settle after release, like soil in a village, and use chemical methods to separate out the various CWAs before they evaporate.

For a quick, reliable nitrogen mustard detection method in the field, the authors of the study, Rozsypal et al., compared various solvents for extracting three different versions of nitrogen mustard from sand and used GC-MS to detect them. Pulling the CWA from sand with a solvent first makes the toxic compounds easier to analyze with GC-MS, rather than analyzing a sand sample directly, which cannot vaporize. Scientists use these solvents to fish out specific compounds – like CWA nitrogen mustard – from a liquid mixture or solid matrix like sand.

Think of the CWAs combined in the sand as a teabag steeping in hot water. The hot water will only soak up the parts of the tea leaves that make “tea” because they mix well with the water. The “hot water” in this research represents the solvents compared for extracting the nitrogen mustard (the “tea leaf parts”) from a sand mixture.

So how did Rozsypal et al. find the best solvent? First, the researchers determined the size and composition of the sand samples using X-ray fluorescence spectrometry. Next, with the seven selected solvents, they extracted three nitrogen mustard compounds from a solution without sand, called a liquid-liquid extraction. Why no sand? Think of it as a pre-test: for instance, before water is poured into a tea mug, you’d check that it’s hot enough to properly steep the tea bag. Similarly, the researchers made sure the solvents mixed well with pure CWA solutions before adding them to a more complex sand mixture.

For the real-deal sand extraction, they mixed the CWA-contaminated sand with each solvent under different lab protocols–hand shaking, sonicating (using sound energy to mix up particles), and laboratory automatic shaking–to prep the samples for the GC-MS. Just like someone stirring up a mug of tea helps the hot water steep the tea bag, mechanical lab methods can help a solvent separate complex mixtures. Finally, they ran extracted samples through GC-MS for detection (Figure 2).

The researchers discovered that solvents dichloromethane (DCM) and acetone most efficiently extracted the CWAs from the sand and gave the lowest limits of detection for the GC-MS. In previous work, researchers have recommended DCM for nitrogen mustard extraction from sand. However, DCM has a lower boiling point than acetone and quickly evaporates at room temperature (even quicker at hot temperatures), making it a difficult solvent to keep stable for a reproducible method. Additionally, DCM is a halogenated solvent; it is slower to break down in the atmosphere and therefore is a potential carcinogen. On the other hand, acetone is kinder to the environment and the economy with safer and cheaper disposal methods. Most promising, acetone achieved detection limits of 3.0 to 18.8 µg/g of CWAs in sand – that’s like finding a single eyelash in a spoonful of sand!

Contrary to the current popular opinion, Rozsypal et al. officially recommended acetone assisted with automatic laboratory shaking for extracting nitrogen mustard (NM) from sand. Additionally, after completing more optimization tests, Rozsypal et al. concluded that a laboratory automatic shaker was the most reproducible method for coupling with all extraction solvents. They also discovered that the longer the CWAs soaked in the sand (i.e., past two hours), the extraction efficiency for all solvents tested decreased exponentially–probably due to the evaporation of the toxic compounds. This shows how important it is for CWA-contaminated sand samples to be collected as quickly as possible for analysis.

Using acetone will provide a safer and faster method for extracting and detecting CWAs like nitrogen mustard in the field. With important changes like this, military labs around the world can improve the fast detection of chemical warfare agents and work towards preventing the spread of CWA terrorist attacks.

Karis is a chemistry master's student at the University of Michigan, Ann Arbor. She is interested in pursuing forensic science/trace analysis research or science writing in the future. Outside of academia, enjoys reading a good sci-fi or thriller novel, listening to lofi music, and writing poetry.