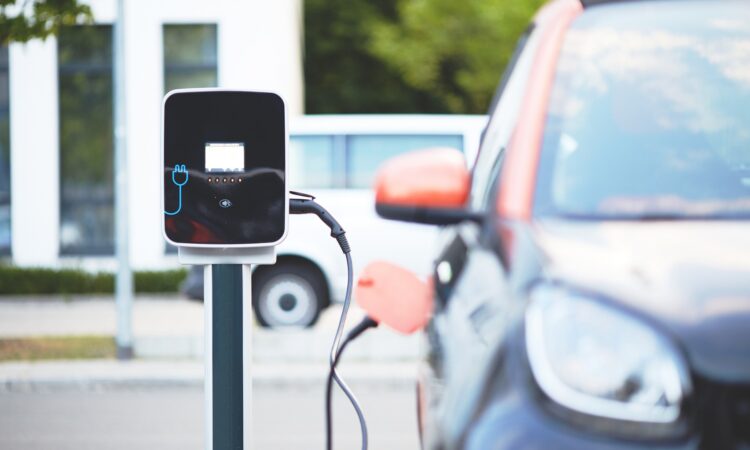 Widespread adoption of electric vehicles is one of the best ways we can fight climate change. Though more and more people are making the switch, there are still a few factors that prevent electric cars from being truly competitive with gasoline-powered vehicles. One problem that continues to plague electric vehicles is their ability to charge quickly. Ideally, we’d like to be able to fully recharge our electric cars in about 15 minutes – similar to the amount of time it takes to fill up the tank in a gas-powered car.

But fast charging can put a lot of strain on a battery over time – fast charging too often can degrade the materials inside the battery and shorten the battery’s overall lifetime. That’s why Tesla recommends that electric vehicle owners only use fast charging stations when needed – on long road trips, for example, but not for a daily commute. To build electric vehicles that can regularly be charged quickly, we need to better understand the processes inside a battery that lead to degradation caused by fast charging.

What if we could peer inside a battery and actually watch what happens to the battery during fast charging? The authors of this study, Merryweather et al., have done just that. The research team built a battery cell that fits into an optical microscope and used it to watch how battery materials change in real time while fast charging.

Most of the rechargeable batteries we use today – the ones in phones, laptops, and electric cars – are known as “intercalation” batteries. Intercalation batteries use electrodes (the positive and negative ends of the battery) that are made of layered materials. Between the layers, there are gaps large enough to hold lithium ions. When you charge and discharge a battery, lithium ions move in and out of those gaps in the electrodes.

Merryweather et al. used a promising fast-charging electrode – one that can accommodate lithium ions moving in and out of the material very quickly – called niobium tungsten oxide (Nb14W3O44, or NWO for short). The team constructed electrodes made up of tiny rod-shaped NWO particles, each about the size of a single human skin cell. As they moved lithium into the electrode, the NWO rods grew larger to accommodate the lithium ions. And when lithium was removed from the electrode, the NWO rods shrank back to their original size.

Figure 1. Cracks are formed in NWO particles when lithium is removed too quickly. Adapted from Merryweather et al.

The researchers saw particles cracking most often at the point where the particle undergoes the greatest change in size. Large particles were more likely to crack than small ones, and particles cracked more often during faster lithium removal. In other words, the battery degraded more at faster charge rates.

While NWO is a promising material for fast-charging batteries, there’s a limit to how fast it can be charged before it starts to degrade. However, the authors’ main contribution in this study is not NWO itself, but the ability to look inside a battery and observe what’s going on while the battery operates, which will help scientists build better batteries in the future. Understanding the fast, small scale changes that happen inside a battery during fast charging will give us clues to design new battery materials that can charge faster and last longer.

Skyler is a PhD candidate studying chemistry at Caltech. Her research focuses on developing new electrolytes for energy storage and organic electrochemistry. Outside the lab, she enjoys hiking, reading science fiction, and playing tabletop RPGs.