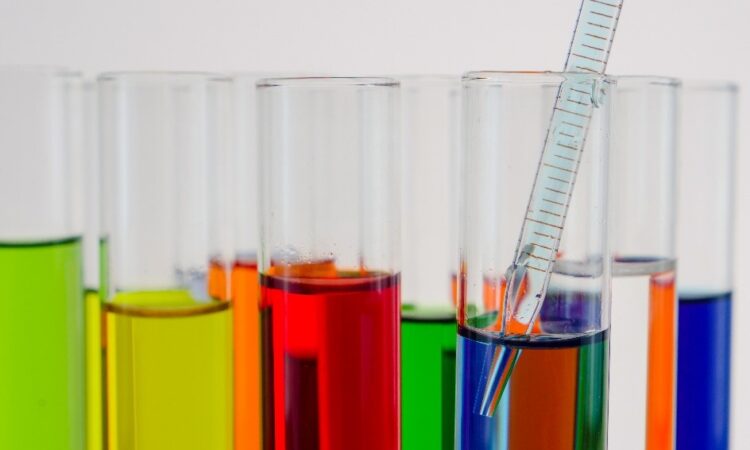 When it comes to neurodegenerative diseases, patients want an inexpensive, reliable, and rapid diagnostic test. However, certain diseases like Parkinson’s or Alzheimer’s, categorized as amyloid diseases for their characteristic accumulation of pathogenic proteins with amyloid morphology, require a certain amount of these amyloids in the brain before the diagnosis becomes conclusive. Therefore, as soon as we reach that threshold, patients want to know our technology can identify their change in homeostatic state and give more time to undertake new therapeutic strategies.

That’s what motivated the authors of this study to harness solid-state nanopore technology and detect amyloid seeds at the single-cell level. Instead of the real-time quaking induced conversion assay currently used in clinically, the authors Meyer et al. developed a new assay for real time fast amyloid seeding and translation (RT-FAST). This assay takes advantage of protein adsorption to capture and amplify our proteins of interest and resistive pulse sensing to analyze the size, shape, and quantity of these early disease markers.

In the RT-FAST method, a small clinical sample (around 35 μL or less than a drop of water) is introduced into a glass nanopipette (Fig 1A and 1B), containing proteins, such as the Parkinson’s disease-related protein α-synuclein, that attach to the walls of the reservoir and allow more contact between the α-synuclein proteins, which amplifies the initial “seeding” event. This leads to many amyloid fibrils and pathogenic aggregates in the pipette. Every 30 minutes, a voltage is applied across the reservoir channel. These pathogenic aggregates grow large enough to disrupt the voltage path and minimize the current detected by the sensor (Figs. 1C, 1D). A low number of events (Fig 1G, blue) indicate the absence of amyloid proteins, while a high number of disruptive events (Fig 1G, red and yellow) indicate a large amount of amyloid fibrils – and a higher likelihood of an amyloid-related disease diagnostic.

Importantly, some variations of α-synuclein show a stronger correlation with disease onset, i.e., they are more likely to form amyloid fibrils than the kind that is normally expressed in our brains. One of these variants, known as A53T (wherein the 53rd residue in the α-synuclein protein sequence is changed from an alanine to a threonine), is linked to familial and early-onset Parkinson’s disease.

The difference between their disease-causing ability is reflected in the difference between wildtype and A53T to generate amyloid fibrils in the glass nanopipette. The WT seed forms large oligomers (multi-protein structures), though these oligomers are susceptible to rapidly returning to their monomeric form as quickly as the oligomer forms (Fig 2). In contrast, the A53T sample seemed to form larger, more stable amyloid fibrils, causing a greater number of current-disrupting events over time. The authors concluded that not only did A53T variant have a greater propensity for aggregation (Fig 3A vs. 3B), but also they showed greater diversity in the types of aggregates formed, as indicated by the wide deviation of detected events (the range of dots in Fig 3C compared to dots in Fig 3D).

The authors Meyer et al. also demonstrated two additional benefits for their RT-FAST assay. Not only was this test proven to be reliably qualitative, confidently identifying the presence or absence of amyloid-forming proteins, but showed quantitative results. The initial amount of α-synuclein strongly influenced the number of disruptive events seen in their resistive pulse sequencing output, whereby a larger initial quantity led to more events over time. Additionally, shown in Figure 3E, whether there was 2, 20, or 200 picomolar (pM) concentrations of wild-type α-synuclein, the same number of events after a 30 minute incubation was seen as after the 90 minute incubation. This indicated that their signal was stable over time and suggested that time of sample collection and analysis would not influence the diagnostic results. This is especially important for clinical samples as the clinicians would not have to worry about how long after collection their samples would need to be run to obtain accurate results.

As an inexpensive, rapid, and accurate diagnostic test, the RT-FAST meets all the marks, with strong potential for further optimization for quantitative analysis. Additionally, the RT-FAST could distinguish between wild-type and more pathogenic variants of α-synuclein, allowing an earlier diagnosis for those with strong risk of early onset or familial Parkinson’s. We may soon be able to diagnose individuals with Parkinson’s disease or other amyloid diseases with a common glass pipette and electric current output.