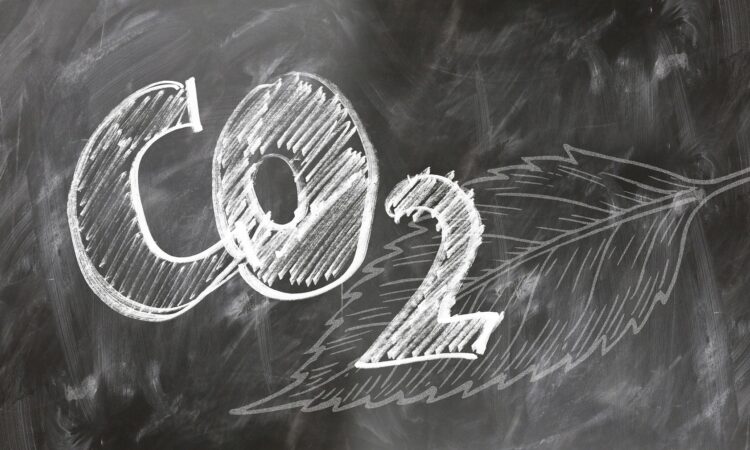 Carbon dioxide (CO2) emissions have been at the forefront of environmental discussions for many years now. Despite its accepted role as a damaging greenhouse gas contributing to global warming, worldwide CO2 emissions are still over 34 billion tonnes every year. This presents a staggering challenge to reach the European Union’s target of achieving net zero carbon emissions by 2050 in order to limit the global temperature increase to 1.5°C. Decreasing carbon emissions in some areas is relatively intuitive – swapping coal power stations for solar or wind farms, for example. However, what do we do about processes such as steel manufacture or fermentation plans where producing CO2 is unavoidable?

Electrochemistry offers a potential solution to this challenge, we can use CO2 and water to produce some useful products that can be further used or sold. However, the amount of CO2 in the atmosphere is actually too low to be directly converted from the air. One of the key advantages of electrochemistry is that it’s possible to build electrochemical reactors on a wide variety of different scales. This would allow us to go to some industrial source of carbon dioxide and connect our reactor to their CO2 exhaust, stopping CO2 release, and making our useful product on site.

You may have noticed that we are so far only talking about the vague “product”, which has not yet been named. This is because electrochemical CO2 conversion is relatively unique in that it can make a lot of different materials, including carbon monoxide and ethylene for chemical synthesis or methane and ethanol for biofuels. Most importantly, all of these products are usually sourced from crude oil . Our electrochemical method therefore gives us a twofold carbon benefit – we stop CO2 being released and simultaneously lower our dependence on fossil fuels.

So why has this not been done already? Well, the fact that CO2 conversion can produce multiple products is actually a massive hindrance – we want our conversion reactor to give us one pure product, not a mixture of many that we then have to spend lots of energy on separating. One of the key focusses in this area is therefore to selectively produce just one of these many possible products.

The CO2EXIDE collaboration has been working to do this for CO2 conversion to ethylene. They used a copper nanoparticle catalyst that was already reasonably selective, then added a porous polymer layer to its surface, which trapped CO2 and its reaction intermediates at the catalyst surface. This stopped intermediates being lost part way through the reaction, and so was able to increase the ethylene selectivity from 19 to 46% under the same reaction conditions.

Clearly there is still some way to go in making this technology viable, and there is unlikely to be one single solution to such a large problem. Still if this technology can be combined with continually improving catalysts and reactors, we are at least heading in the right direction towards net zero CO2 .

I am a Research Fellow at University of Southampton. My research experience centres on electrochemistry, with applications to carbon dioxide conversion and thermoelectric materials.