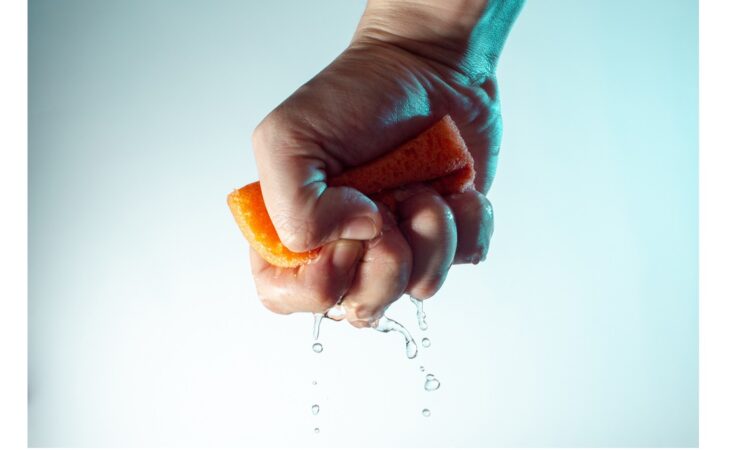 We are currently experiencing a global climate crisis. Therefore, it is paramount to engineer materials and technologies that allow us to mitigate the effects of rising temperatures and resource scarcity. In this regard, fresh water availability is a major concern due to its immediate life-threatening effects. Detailed estimates show that two-thirds of the world’s population live under threatening water level conditions. Consequently, efforts have focused on the development of hygroscopic materials to harvest moisture from the air and convert it into clean water.

Hygroscopicity refers to the water-absorbing capacity of solids. The more hygroscopic a solid is, the better it will be at removing moisture from the atmosphere. This will also depend on the relative humidity of the environment in which the solid operates. This is one of the main problems in moisture capture technologies because more than one-third of the terrestrial area has less than 40% relative humidity (Figure 1). Thus, hygroscopic materials must be able to perform under arid conditions.

To tackle the complexity of harvesting water in a moisture-poor environment, scientists have explored the use of polymer gel materials. These types of materials can be composed of different classes of polymer chains, such as the ones found in plastics, linked with one another. Notably, the properties of these polymer mixtures can be tailored for specific applications (e.g. water retention/capture) by manipulating their chemistry.

A group of researchers has developed a new type of polymer gel that is able to harvest water from environments with less than 30% relative humidity with remarkable efficiencies. This material is made from earth-abundant polymer biomasses KGM and HPC and a hygroscopic inorganic lithium chloride solution (Figure 2). Particularly, KGM renders high porosity for airflow and increased surface area for moisture capture (Figure 3), resulting in water saturation times of ~20 minutes. This value outperforms most of the state-of-the-art water capture technologies to date (Figure 4). Additionally, HPC is a thermoresponsive polymer, meaning that its properties can change in response to fluctuations in temperature. This effect is exploited in the polymer gel because it allows the efficient release of captured water within 10 minutes after a mild temperature treatment (60°C).

This material not only tackles the water crisis by effectively sequestering water from the atmosphere but it is also composed of earth-abundant biomasses such as KGM and HPC. Therefore, encompassing several aspects of green chemistry and sustainability (i.e. inexpensive, scalable, non-toxic, low energetic cost). This research provides key findings for the development of environmentally friendly technologies for water sequestration to meet the demands of water-strained communities.