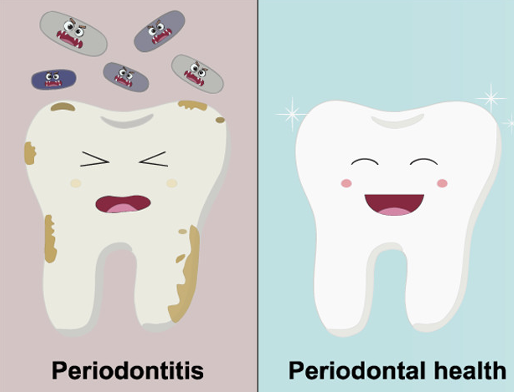 It’s no secret that keeping up with your oral hygiene is essential for maintaining the health of your teeth and gums. However, many individuals develop periodontal diseases (e.g., gingivitis and periodontitis) which are caused by pathogenic oral bacteria. Unlike the healthy bacteria that exist within our microbiome, these pathogenic bacteria induce chronic oral inflammation and may eventually lead to tooth loss. In addition to compromising one’s health, these conditions also place an economic burden on patients.

Periodontal diseases are currently treated a variety of ways. While some cases merely require plaque removal and regular teeth cleaning, some warrant surgery to remove the infected tissue. While antibiotics can be administered, these are often broad-spectrum medications that target both good and bad bacteria. A more specific antibiotic that targets the bad bacteria but leaves healthy bacteria intact is desired.

In 2022, researchers at the University of Kentucky decided to design, synthesize, and test the antibacterial activity of a series of compounds against Porphyromonas gingivalis, a gram-negative bacteria responsible for some periodontal diseases (Howard et al.).

The group actually started with Zafirlukast (ZAF), a medication currently approved for asthma. By repurposing an already approved drug, medications can be developed in a more cost-effective and expedited manner. It was previously known that ZAF displays some antibacterial properties. Thus, by slightly modifying the structure of ZAF, Howard et al. were hoping to create new compounds with the desired activity, specific for P. gingivalis. The top structure in Figure 1 is ZAF. The bottom structure illustrates the skeleton core that they maintained through these modifications. The R1 and R2 groups represent the parts of the molecule that the researchers modified in their novel derivatives. They fine-tuned the size and electronic properties of the groups.

This is a common practice in medicinal chemistry known as Structure-Activity Relationship (SAR) studies. This involves modifying the structure of a chemical compound and seeing the effect on the overall activity. Researchers can quickly become informed of what types of changes to make and which to avoid. By such rational design, it’s possible to end up with a very biologically active compound.

Once Howard et al. made the compounds, they put them to the test. Interestingly, many of the new derivatives exhibited appreciable bactericidal properties against P. gingivalis. Figure 2 summarizes how the compounds were ranked in increasing order of antibacterial activity. By doing this, it’s easy to recognize pattens and understand what types of modifications lead to better activity.

Importantly, the researchers found that these compounds were highly specific for P. gingivalis by testing them against other strains of bacteria. Some of these derivatives were also found to inhibit biofilms, which are communities of microbial cells held together by a sticky extracellular matrix.

Future studies may investigate how these compounds behave in vivo. With the boost in antibacterial effects and the enhanced safety profile, these new compounds hold promise for unlocking future preventative and therapeutic medicine for periodontal disease caused by P. gingivalis.

This is an unofficial adaptation of an article that appeared in an ACS journal. The ACS has not endorsed the content of this adaptation or the context of its use.

Melanie Padalino is chemistry Ph.D. student at Vanderbilt University in Nashville, TN where she works on enantioselective organocatalysis. In her free time, she enjoys playing the violin and guitar, writing, and performing contemporary dance.