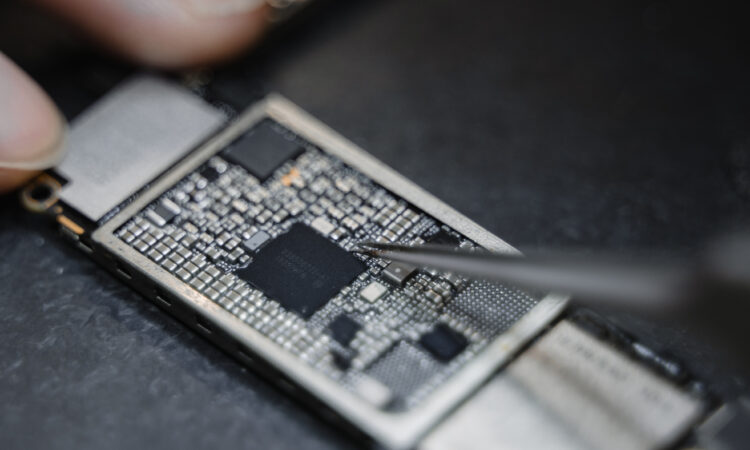 Wearable technology is becoming more and more commonplace, with many of us using devices such as smart watches and fitness trackers on a regular basis. As devices become more powerful, batteries must also have increased capacity, or else be charged more regularly, in order to keep the device running. But what if you could have a smart watch that ran off your body heat, and so never needed to be charged?

This watch would be powered by a thermoelectric generator – a device capable of generating electricity from thermal energy. The electricity itself is produced by the Seebeck effect. Here, a thermoelectric material is sandwiched between two components, one hot and one cold. There are a number of possible materials, though the highest performing ones tend to me semiconductors made up of materials like bismuth and tellurium. In our watch, the hot side would be your skin and the cold side would be the air around you. The thermal gradient created here causes a current to flow, and so produces the electrical energy needed to power our watch.

There are a large number of benefits to thermoelectric power. It comes with zero emissions and the generator has no moving parts, so maintenance costs are very low. This may all sound futuristic, but actually the concept of a watch powered by body heat has been around for a fairly long time (search YouTube for ‘Kenneth Williams and his Thermoelectric Watch’ to see a demonstration of this concept from 1981!). So a fair question now is, why don’t we have these already?

One of the key challenges is that many of the high performance thermoelectric materials are quite bulky and brittle. This has led to a number of researchers looking into ways to produce flexbile thermoelectric materials. A flexible power generating unit would have a broad scope of applications, such as wearble E-textiles or in implantable medical sensors that moved with your body.

Dr Amin and coworkers demonstrated a means of achieving this by producing thermoelectric materials in the form of nanowires. The definition of what counts as a nanowire varies slightly, but in general these are wire-like structures with diameters on the order of tens of nanometers. Connecting these nanowires together then creates a network of wires that is able to act as a thermoelectric generator. The wires are more able to slide and bend than the bulk material, which adds the desired flexibility. Importantly, the material showed a constant thermoelectric performance even when submitted to harsh, repeated bending tests.

Continued works are still needed before wearable devices become more commonly powered in this way. There are a huge number of options to improve performance, such as optimising the material of the nanowires, looking at nanoparticles of different shapes, and connecting the wires using a conductive polymer in order to create higher performance hybrid materials.

It’s worth mentioning at the thermoelectric generators are not just limited to wearable technology. It is also relatively easy to coat existing components with thermoelectric materials to create a new generator. Possible applications include coating the exhaust on your car to recharge its battery or using waste heat from a camping stove to recharge your phone.

Most importantly, thermoelectric generators are not just convenient, they provide a massive environmental benefit. Some reports have suggested that as much as 75% of the energy we produce is wasted, with much of that coming from fossil fuels. If we can capture this energy and convert it to usable electricity, we could greatly reduce our dependence on fossil fuels. Although there’s still much work to be done, this is an exciting technology that could save huge amounts of wasted energy, providing a massive environmental benefit as well as making charging our devices a thing of the past.

I am a Research Fellow at University of Southampton. My research experience centres on electrochemistry, with applications to carbon dioxide conversion and thermoelectric materials.