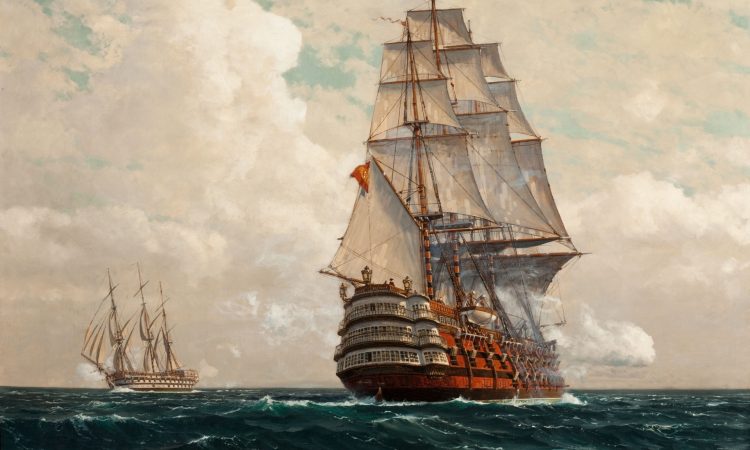 Title: A Synchrotron-Based Study of the Mary Rose Iron Cannonballs

When ancient artifacts are found during excavation, it is important to preserve them in the right conditions to avoid deterioration. Iron-made objects, in particular, can oxidize and form rust. Rust takes more volume than the metal: once formed, it expands and damages the objects from the inside.

The corrosion of iron seems to be accelerated by the presence of Cl– (abundant in the marine environment) so that many preservation techniques try to get rid of the chlorine.

In this paper, different preservation methods are compared, looking at the results of the preservation of the cannon balls of the Mary Rose. X-ray absorption, emission, and diffraction were used to analyze either the powder collected on the surface of the ball or their cross section.

The Mary Rose was a warship of the English Tudor navy and sank in 1545. It was rediscovered and raised in the second half of the last century. Numerous artifacts were found in almost-intact conditions, most of them iron-made. Among these, the cannonballs are the focus of this study.

The oxidation of iron (when iron loses electrons) from Fe0 to FeII and FeIII is a direct consequence of interaction with oxygen and water (eq. 1, 2) and leads to the production of rust (eq. 3,4). The reaction is accelerated in acid conditions and in presence of ions (such as Cl–)

The ship was buried in a chlorine-rich environment (sea water) so the artifacts had to be carefully dechlorinated once they got in contact with oxygen inof the atmosphere.

3 batches of balls were analyzed after being preserved in different ways:

In the preparation of the sample, cracks were observed in the balls treated with procedures 2 and 3 (Figure 1), leading in some cases to fracturing (corrosion from the inside). Chlorine was absent from the cross sections of the balls treated with this method, except for one. The chlorinated species was identified as a precursor of akageneite, hibbingite, β-FeII2(OH)3Cl.

Moreover, akageneite was found in the balls treated with method 2.

These findings helped to understand that the sudden change in pH between method 1 and 2 and the exposition to oxygen, caused the reaction from hibbingite (that was probably present in the pores of the balls treated with method 1) to akageneite, causing the oxidation of Fe and the production of rust.

By comparing three different preservation techniques used on the cannon balls of the Mary Rose, this study shows the importance of analyzing their effects. It helps to understand the mechanism of rust formation and to improve the ways to avoid it and best preserve our heritage.