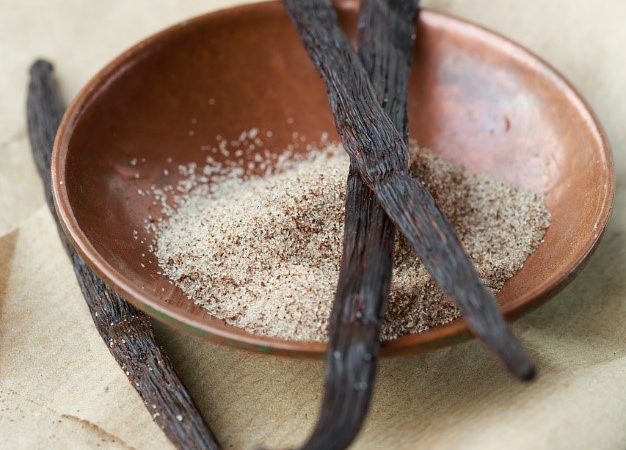 Why do the same drugs have vastly different impacts on different people? This question continues to plague the pharmaceutical industry. An ideal drug would have the exact same result for everyone every time someone ingested the formulated tablet. But many things can impact the pharmacokinetics (Fig 1) of a drug, such as genetics, a body’s functional state or dietary factors. So before a drug goes to market, pharmacists must determine the drug’s “ADME” functions or its absorptive (how does it get into the body), metabolic (how is it broken down), distributive (does it move throughout the body) and excretive (how does it leave the body) properties.

But how does diet impact our body’s ability to absorb drugs? Do the various keto diets, juice cleanses or food flavorings promote a drug’s uptake or inhibit its absorption? That’s what researchers at Chengdu University of Traditional Chinese Medicine and Sichuan Cancer Hospital set out to determine, focusing on a common flavoring agent in ice cream, tobacco products, perfumes and baked goods: vanillin.

Vanillin (Fig 2), crafted synthetically or extracted from the vanilla bean plant, creates the characteristic vanilla taste. It’s not exactly vanilla, as the natural extract contains compounds other than just vanillin, but it is a common vanilla substitute used by baking companies. In 2008, scientists demonstrated that other flavor molecules such as gingerol (ginger) and curcumin (turmeric) had inhibitory effects on cell membrane transport in colon cells – the cells in the gastrointestinal tract where a majority of drug absorption happens. Drs. Ping Wang and Simon Chen then wondered if one of the most common food additives, vanillin, would have the same effect and prevent transport of the drug across colon cells, thereby preventing further downstream pharmacokinetic processes.

First, the scientists created a single layer of colon cells and monitored the transport of the drug compounds back-and-forth across the layer, both with and without vanillin. The addition of vanillin markedly increased the transport of hydrochlorothiazide (2-fold), propranolol (1.5-fold), carbazmazepine (1.3-fold) and acyclovir (1.3-fold) by the 2-hr mark. Notably, vanillin increased absorption of two hydrophobic compounds, propranolol and hydrochlorothiazide, that typically struggle to passively cross the colon cell layer.

Using this data, their computational model predicted that vanillin would cause the cellular membrane, a double layer of entangled long-chain lipids with charged heads, to “loosen up” and act more like a fluid. This “loosening” effect created gaps in the membrane and exposed the hidden, now more fluid lipids, attracting the lipid-loving hydrophobic drugs to the cellular membrane.

Second, Wang, Chen and their students set out to empirically prove this membrane phenomenon using fluorescent anisotropy. This technique involves the addition of a fluorescent molecule (known as a fluorescent probe) to the mixture of drug and cells. If the cellular membrane “loosens,” the fluorescent probe, a positively charged molecule attracted to the negatively charged polar heads of the lipid bilayer, embeds into the membrane bilayer – reducing the overall fluorescent signal. The scientists observed this very effect upon addition vanillin at low and high concentrations (Fig 3), showing that the probe was incorporated more quickly and with greater quantity into the membrane with increasing concentrations of vanillin.

However, was a more “open” membrane the sole reason for increased passive drug transport? Wang & Chen investigated another common barrier to molecular transport: free energy. If the “free” energy driving the reaction is not enough, then the drug cannot cross the membrane. Researchers today depict these energetic values in a free energy profile.

Free energy profiles plot the free energy of a system (in our case, transport of a drug across the membrane) versus the distance to the membrane bilayer center. As the drug outside the cell approaches the membrane, the free energy rises, as shown by the increasing positive value on the green side (Fig 4). The reaction for the drug to cross the membrane requires the most energy, as shown by the apex of the peak (labeled by the blue line). When the drug crosses the barrier and moves further into the cell, the free energy of the system decreases (purple side). Most reactions have an overall positive “free” energy requirement – meaning they require an input of energy for the reaction to proceed. Both acyclovir and hydrochlorothiazide have energy requirements as shown by the positive “free” energy value (17 and 9) at the apex of their energy profiles.

For all drugs though, vanillin (shown as the black line) decreased the energy required for unassisted transport across the membrane, as indicated by the corresponding lower value the black lines reached for free energy (Fig 4).

To finish their study, Huang et al. attempted to show the validity of their in vitro work using in vivo rat models. If vanillin opens up cell membranes and increases the body’s absorption of ingested drugs, then the concentration of the drugs in the rat’s blood plasma should increase when they also ingest vanillin. However, upon ingesting 100 milligrams of vanillin, the concentration of hydrochlorothiazide only increased a little bit, not enough to be statistically significantly (Fig 5).

Though the group was unable to demonstrate that vanillin increased bioavailability of drugs in an in vivo rat model, their computational modeling and in vitro experiments revealed an intriguing synergistic capability of vanillin for drug absorption. Perhaps in the future, pharmaceutical companies will make their medicinal pills with vanillin in the capsule – or doctors will recommend you take your medication with a big scoop of vanilla bean ice cream. Yum!